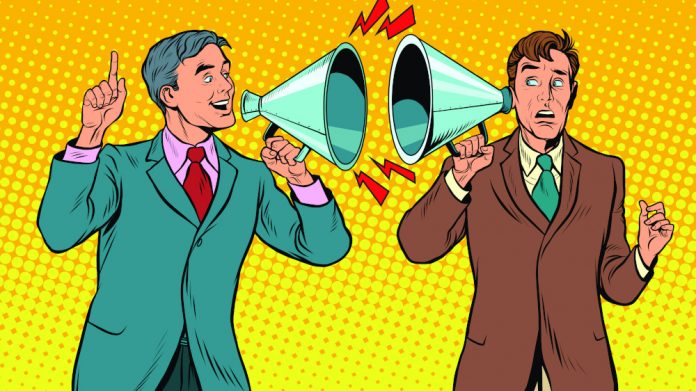 In gambling regulation, just as in politics, sensible moderate solutions are too often drowned out by a shouting match between the extremes. In a parliament facing piece for PolHome, Michael Dugher, CEO of the UK’s Betting and Gambling Council, urges the government to stand firm and engage with the facts.

New figures from a YouGov poll published last week showed that fewer than one in five people would be happy to accept arbitrary checks on their finances, like accessing bank statements and pay cheques, in order to be able to have a bet. These so-called ‘affordability checks’ are just one of a number of measures being discussed as part of the Government’s ongoing review of gambling.

The same poll also found that 59 percent of punters believe that Government-imposed, blanket checks on whether customers can afford to place a bet would lead to a large or substantial risk of customers using unlicensed sites in the unsafe, unregulated black market online instead. All of this showed once again the need to get any future changes right.

A major report by PWC last year found that the number of British punters using unlicensed sites had more than doubled in just two years. The report also found that billions had been staked on the black market over the same period. There are literally thousands of illegal gambling websites that don’t adhere to the strict standards in the licensed and regulated sector. This includes targeting problem gamblers, not carrying out strict ID and age verification checks or offering the range of safer gambling tools provided by BGC members, like deposit limits and cooling off periods.

The truth is heavily regulated Betting and Gaming Council (BGC) operators already use technology to intervene where online customers are displaying signs of problem gambling or that they may be at risk. We are actually in favour of further enhanced spending checks, but believe the focus should be on problem gamblers or those at risk – not disrupting the enjoyment of the overwhelming majority of people who bet safely and responsibly.

This view was echoed at the weekend by the former minister in charge of the Gambling Review, John Whittingdale, at our AGM last week. He was clear that placing too many burdens on people who want to gamble safely risks driving them towards the black market. He has also argued that for some State body to tell people what they can and cannot spend their own money on would be “monstrous”.

Speaking on Racing TV’s flagship ‘Luck On Sunday’ show, Whittingdale rightly made clear that there was “very widespread agreement that greater protection was needed”. But to the extent that the Government might introduce changes that are about what he called “a really harsh crackdown on gambling” – as opposed to cracking down on problem gambling – Whittingdale warned that the move would “not be universally popular on the Conservative benches for a lot of Conservative MPs who recognise that gambling is an activity which millions of people enjoy without any harm”.

So unless you are an anti-gambling prohibitionist who just wants to ban stuff because you want to see less gambling, not safer gambling, the issue here is about what sort of changes do we want to see. BGC members have already been driving major changes from encouraging safer gambling tools online and setting up tough new rules on game design, to restricting the amount of betting adverts you will see on football clubs’ social feeds and drastically increasing spending on research, education and treatment.

When the BGC was set up as the new standards body for betting and gaming at the back end of 2019, our mission to drive up standards across the regulated industry and promote safer gambling was clear. And whilst we’ve made excellent progress, there’s still much more to do.

That is why it was disappointing to see a report published from the Betting and Gaming APPG this week that was so critical of the regulator, the Gambling Commission (GC). Ironically, the report reminded me of the previous call by Iain Duncan-Smith to abolish the GC. I disagree with both. The GC is not perfect and is changing, but the regulator is rightly and importantly pushing forward steps to further raise standards on safer gambling.

We have worked closely with the Gambling Commission on a range of safer gambling measures from strict age verification checks, a ban on credit card gambling (though this doesn’t apply to the National Lottery), changes in game design and restrictions on advertising.

BGC members also introduced new age gating rules on advertising on social media platforms, restricting the ads to those aged 25 and over for most sites. Early results from one operator showed a 96 percent drop in views of social media advertisements by those aged 18 to 24 in the final three months of 2020, compared to the same period the year before. The whistle to whistle ban on TV betting commercials during live football before the watershed has led to a 97 percent reduction in the number of young people viewing such ads at that time.

So we are making progress in partnership with the regulator and with support from the government. According to the regulator, the problem gambling rate is now 0.3 percent, compared to 0.6 percent at the same time last year.

In the end, when it comes to reforming gambling, there are extremists on both sides of this debate. There are the antigambling prohibitionists on one extreme and there are still sadly a few people in the industry who aren’t prepared to embrace change. But change is coming.

Warning about the dangers of arbitrary and disproportionate so-called affordability checks and being alert to the threat posed by the black market is not an argument for no change. It’s an argument for getting those changes right. The Government should ignore the extremists and stick to its “evidence-led” approach.