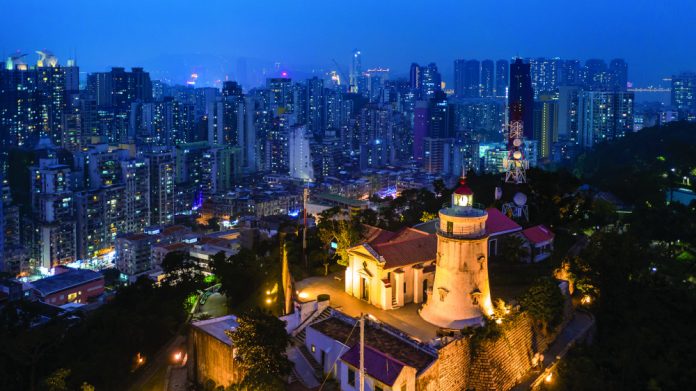 New regulations, criminal investigations and greater oversight in casino management from Beijing are all prices worth paying for Macau’s big six concessionnaires – as long as they can win back one of six new licences to operate in the enclave until 2035.

After a nail-biting few months for Macau’s casino groups, local authorities have triggered a big sigh of relief in January, in quashing concerns they will reduce the number of licences available from this summer.

The US casinos groups in particular had feared that Macau would seek to limit these highly prized gaming concessions – currently six; three of which are American-held and who have recently invested heavily in their future there – after the current 20-year permits expire in June this year.

Yet with the news that a new batch of tenures would be granted to six bidders, and last for up to 13 more years, casino stocks got a much needed boost from investors. Sands was up 14.6 percent; and MGM and Wynn by 11 and 9 percent respectively.

“We were surprised the government’s stance on some contentious topics has become far less onerous, if not surprisingly accommodative,” JP Morgan analysts wrote in a note to investors, summing up the gravity of the reprieve.

“We think this should help normalise multiples to some extent and make this space – finally – investable for a wider swath of investors.”

In a similar vein, George Choi of Citi said the news “should remove most investors’ key concerns” about the revised gaming laws in Macau, and wider direction of travel. This is “the important positive catalyst that we are looking for.”

While the immediate danger of suddenly being cut off from the multi-billion- dollar market this summer has abated somewhat, the potential revenues that Beijing will permit companies to achieve and retain is still very much unclear. A raft of new restrictions are incoming which could dramatically change the ways casinos have been run over the last two decades.

Among the other announcements is a new requirement for Macau residents to hold at least 15 percent of the shares in any of the concessionnaires, up from 10 percent – a move that will force significant managerial changes for the US groups, and also, albeit less so, for the Hong Kong-listed firms.

In a sign of how much has changed regarding investor confidence in Macau’s gaming prospects, the shares of all six concessionnaires are still down 50 percent on their pre-covid levels – even after the good news in licences.

Macau’ secretary for administration and justice, Cheong Weng Chon, said the proposals on both the number of casino licences and wider restrictions to company structure and management had been decided on after an analysis of the wider economy in Macau, and what a “suitable scale of development” would be for the gaming industry there.

The authorities have long complained about the profits being made by foreign firms off Chinese players, which is too often repatriated back to parent-companies in the US. While pressure has often been put on the concessionnaires to invest more of their gains locally, and in non-gaming enterprises that would rebalance the economy and benefit the wider economy, operators have often suggested they would, but in reality, have rarely followed through.

“They want casinos to help the economy, and small to medium-sized businesses, rather than stripping the money out,” one senior executive told the FT. “They want to take a greater interest […] greater control.”

For Ben Lee, managing partner at casino advisory firm in Macau, IGamiX Management and Consultancy, such internevionist language telling but also vague in terms of scope – and “leads one to wonder if they are implying that the gaming revenue we have seen over the past two years is more or less what we will be permitted to have”.

“This new draft law provides some clarity in the short term, however it does not necessarily mean we will return to the heyday,” he added.

Meanwhile, heads continue to roll as the criminal investigations into individual executives accused of money-laundering, illegal gambling and affiliations with organised crime show no sign of abating.

The latest big name to fall is Chan Weng Lin, CEO of casino operator Macau Legend Development. Chan has stepped down from his role in the company after being arrested in January for alleged ties to a criminal syndicate. The investigation has been ongoing since August 2019.