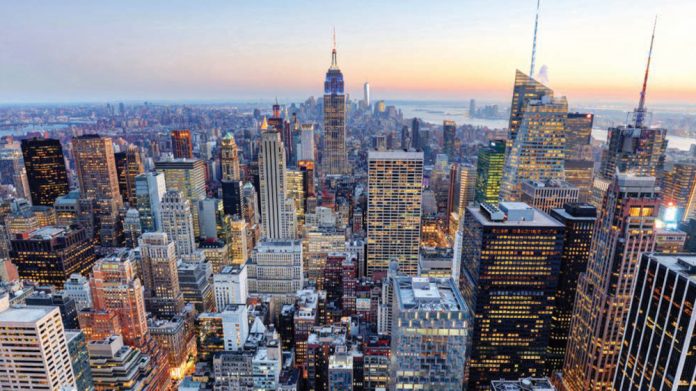 Within just two weeks of launching a regulated mobile betting market, New York had already hit the US record for an entire month: over a billion dollars in just 16 days, and with only five of nine operators in the mix. By the end of week five the state had handled almost $2.5bn.

New York was always pitted to be the first of the major markets to open after the 2018 repeal of America’s sports betting ban. Although New Yorkers’ early exuberance – and willingness to drop their underground bookies for a legal option – has left even its most bullish projections biting the dust.

With only five of the approved nine licensees in operation at the time of the state’s launch on 8 January, the market handled $1.18bn in bets in the first 14 days – just shy of New Jersey’s monthly record of $1.3bn set last October. At the time of writing the market has been live for five full weeks and New Yorkers have kept up the pace wagering $2.4bn – just shy of $500m a week.

While there is clearly an element of pent up demand in explaining the deluge (New Yorkers have been waiting far longer for legal sports betting than almost all their neighbouring states) the addition of more operators and some major sporting events in the calendar could see more, rather than less play in 2022 as the months roll on. At the current revenue rate (New York-facing firms took around $50m a week through January and February) the city-state would more than double Macquirie’s estimate of $1bn yield by the end of year one.

“New York hasn’t failed to dazzle us,” said Lindsay Slader, managing director of gaming at GeoComply, summing up the early reaction. “The vast majority of users are brand-new to regulated sports betting in the US: the data tell us that New Yorkers are dumping illegal sportsbooks for the new legal options, and operators are also excelling at attracting first-time bettors.”

According to GeoComply 1.2 million New Yorkers had registered with a betting site on the first weekend – 878,000 of whom were “unique” gamblers – outdoing both New Jersey and Pennsylvania combined for the same period.

Of the five firms in operation (Caesars, FanDuel, DraftKings, Rush Street and BetMGM) Caesars led the pack with $41.8m in revenue. Flutter’s FanDuel and rival DraftKings trailed some way below in second and third with $24.2m with $21.8m respectively. While Rush Street and BetMGM took $2.5 and $1.2m a piece. Of the remaining four licensees, Pointsbet has since joined the fray with its launch in the last week of January. Bally’s meanwhile finds itself mired in a takeover approach from the hedge fund of its own chairman, and has recently declared it won’t be making its mark in New York until April, therefore missing both March Madness and the Super Bowl.

WynnBet became the seventh entree – getting itself together just in time for the SuperBowl in late February. However, who will run that company whenever it does is currently unknown.

Having grumbled at the escalating marketing costs taking place in the latter stages of the betting rush, WynnBet’s owner Wynn Resorts is said to be cutting its losses and putting the interactive division up for sale at a knock-off rate of $500m. “Competitors are spending too much to get customers,” said Wynn’s CEO Matt Maddox, “and the economics are just not something that we’re going to participate in.

“We are focused on building a long-term business that’s sustainable, that is not losing lots and lots of money,” he added.

The sale of WynnBet gives a second chance to those firms that failed to get a foothold in New York the first time around. Fanatics, Penn National, and Bet365 all lost out in the 2021 licensing procedure, and Bet365 especially has the means to pay for it. The new proprietor would presumably gain access to 14 states in which Wynn has a presence.