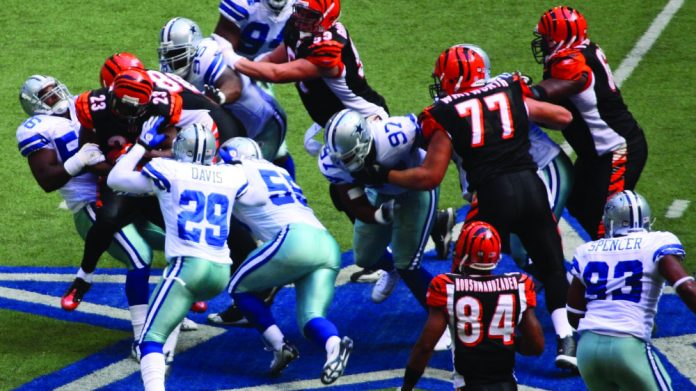 With the world’s leading gaming companies all-in for a slice of the US betting boom, an early zeal among investors is giving way to the exorbitant realities of backing your horse all the way to the finish line. If 2021’s market caps are anything to go by, many financiers are already giving up the chase.

The escalating player-acquisition race in the US is requiring many more months of capital to stay in the game – but a diminishing pool of investors who are willing to foot the bill.

DraftKings for one – whose CEO Jason Robins not long ago claimed to be targeting a $1trn valuation by the end of the decade – has seen its share price slashed in half in 2021, just 12-months after becoming one the fastest growing companies through the covid pandemic.

The firm has struggled to keep up with the spending necessary to compete for players this year in a highly competitive marketplace now that all the major rivals are in position. And like many of the betting giants, has suffered from a string of punter friendly results.

Other beasts of the betting boom are also being punished by their financial backers. Penn National’s stock is down 60 percent since March this year, on speculation that the race has gotten tougher, longer, and more costly than previously thought. Flutter’s is down 41 percent.

“This happens in every tech sector,” assured Josh Walker, president at the Sports Innovation Lab in DK’s home state of Massachusetts.

In many ways, Walker is right: the market is moving through familiar territory – but that doesn’t mean investors are wrong either. An initial gold rush, tightening competition followed by crazy levels of ad spending may be so-far-so-normal. But if the past is anything to go by, there’s still no saying which firms will come out the other side in a profitable position, and which will have suffered irredeemable losses only to find themselves consigned to a small corner.

It is the quintessential gamble, and the potential prize is not beyond Robins’ most bullish estimation. A $1trn market cap for DraftKings represents only a 10x form here – something that would be readily achievable, says Robins, if DraftKings can retain its position on the podium by the time two thirds of the US has legal sports betting, and just one third for online casinos. One big question of course, is when that day will come. The firms’ stock peaked out at around $30bn a few weeks after Robins’ proclamation in March – but in an indication of just how rocky the road from here-to-there will be, it slid down to just under $15bn by Christmas.

Problems began to set in by June, when Wall Street shortseller, Hindenburg Research, said it had bet against DraftKings stock, claiming one of its subsidiaries had engaged in illegal grey market activity in Asia. This high profile indictment was swiftly followed by a formal SEC investigation. DraftKings reminds that an SEC investigation does not automatically “suggest any wrongdoing” and typically take months to complete. Yet the last time Hindenburg called out a nefarious company (Electric truck-maker Nikola) they ended up shelling out $125m to settle with the commission.

DraftKings also missed out on what would have been a game-changing expansion in the US and indeed, globally. The once-daily-fantasy outfit attempted to takeover one of the biggest names in online gaming over the last decade, Entain, with an ostentatious offer of $22bn. Despite the bulk, many onlookers had their doubts about the logic of acquiring so many small retail operations across Europe where regulations are tightening, and just when cash needs to be spent on the fight at home. Ultimately the deal collapsed, potentially due to Entain’s JV with MGM, and a poisoned pill clause that might have seen the latter scupper Entain’s market access, upon which its current US position is founded.

By the third quarter filing – having spent $703m on marketing already in 2021, and enduring a series of punter-friendly favourites winning in the NFL – DraftKings was conceding a loss of $314m – far larger than originally planned.

Despite the difficulties of 2021, Robins remains bullish on his prospects in the race to come. “Being able to build a meaningful presence state by state isn’t easy,” he told the Globe, although “there’s only a handful of companies that will be able to keep up with that pace” – most of whom will “either get acquired or throw in the towel or fade.”

Unfortunately DK’s stock does more of the talking: the smart money on which this optimism relies is evidently not so sure. For one thing, many of DraftKings competitors are the titans of land-based gaming, with nationwide brands, networks of political partners and long-term licenses across the country – who may have less to lose.

“Eventually they will have to pull back, and the big thing people are missing is that these brick-and-mortar casino operators with their online apps aren’t going anywhere.”