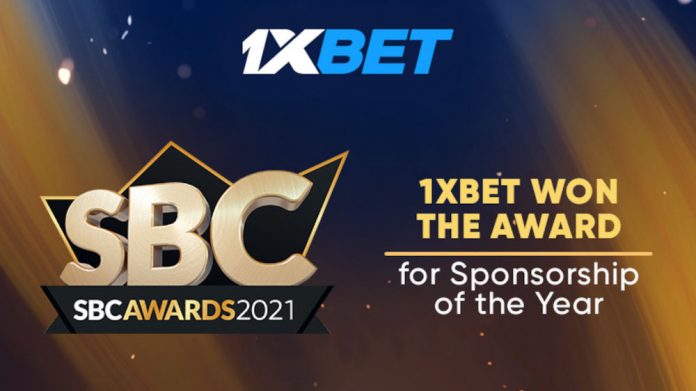 The ceremony of the most prestigious betting awards in the world, the SBC Awards, ended with a victory for 1xBet. The bookmaker company won in the “Best Sponsorship of the Year” category. This was announced at a special awards ceremony held in London on December 14th.

The winners were determined by a professional jury made up of reputable gambling industry representatives. More than a hundred experts voted for the best of the best, and the ceremony itself was attended by over 800 guests. One of the ceremony’s presenters was legendary French national footballer and two-time Champions League winner Marcel Desailly.

“We are very pleased to win at the SBC Awards – after all, this award is not called the bookmaker’s Oscar for nothing. Recognition from a jury of people who have achieved so much in their professions is worth a lot. This is not the first time we have won at the SBC Awards, but it is still joyful each time. We will strive to ensure that the number of nominations for 1xBet increases every year,” the company representatives said.

The 1xBet sponsorship program is global in nature: the company actively invests in the development of sports in many countries, collaborating with leading sports clubs and organisations in various disciplines, repeatedly confirming its status as one of the industry leaders.

Among the partners of the reliable bookmaker are football clubs Barcelona and Lyon, Italian Serie A (the official sponsor of which is 1xBet),  the Confederation of African Football, and esports organisations ESL and WePlay. The company’s ads can be seen during La Liga, the Spanish Cup, the Brazilian and Chilean championships, the 2022 World Cup qualifier in South America and many other competitions.

As a reminder, the company has previously won the “Rising Star in Sports Betting Innovation”, “Best Affiliate Product Innovation”, and “Best Esports Operator of the Year” at the SBC Awards.

In addition, at the end of 2021, 1xBet was nominated in six other categories::

Best Football Sportsbook of the Year

Best Esports Operator of the Year

Best Casino Operator of the Year

Best Marketing Campaign of the Year

Join the multitude of 1xBet players and partners – and win with the best!