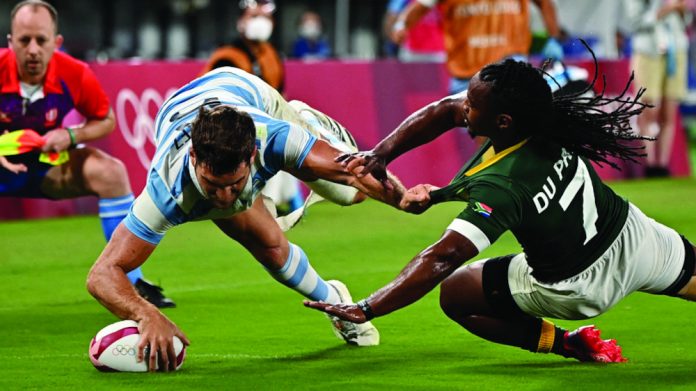 The three-year deal sees Betway become the first gambling partnership ever with South Africa’s favourite sport and have its brand promoted across matchday shorts from September.

SA Rugby Chief Executive, Jurie Roux, said the association had been tentative about a netting partner until now but has selected Betway after careful consideration of the bookmaker’s previous work with other sporting organisations.

“This new partnership will enable us to work together in bringing our passionate fans even closer to the game,” said Roux.

“We are excited to be partnering with Betway as this will stretch beyond the four white lines of a rugby field – Betway have some exciting new initiatives that will be announced in due course as part of the new partnership, and we are excited to see what the future holds.”

Following the model taken in other African markets, Betway has pledged to support the grassroots sorting programmes and other social enterprises associated with the nationwide sport.

“The Springboks are undoubtedly South Africa’s most successful national sports team, with their success deeply rooted in the rich history and culture of this country,” said Betway SA Marketing Manager David Rachidi.

“Over the years, the team has defied the high odds that were stacked against them, so we look forward to partnering with them as they continue their quest to remain the world’s best rugby team.”