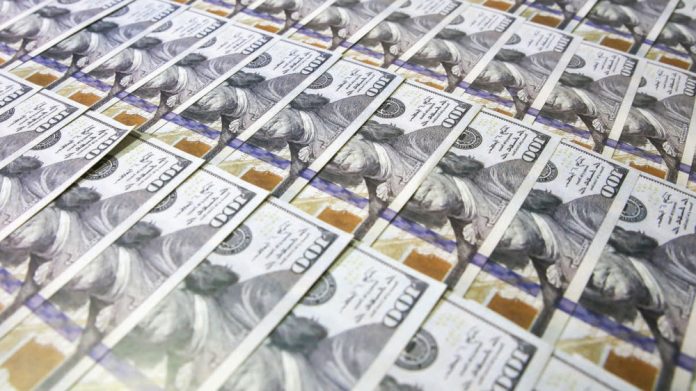 Few business leaders today will have direct experience of dealing with 1970s levels of inflation, writes Warwick Bartlett, chief executive of Global Betting and Gaming Consultants. But if the recent spike in prices continues, they may soon have to learn.

US consumer prices rose 5.4 percent in June 2021 (vs June 2020), a bigger jump than economists expected. It could fuel concerns that inflationary pressures are settling in. This is contrary to the thoughts of the Biden administration, which believes any surge in inflation will be temporary.

Many of our readers have not lived through a period of prolonged inflation, from 1989 to 2021 the average rate was 2.48 percent. Compare that to 1975 when the rate was 25 percent that year, caused by a tripling in the price of oil. Executives in the gambling business will need to adapt to the new inflationary environment, if inflation does take hold.

THIS IS WHAT IT WAS LIKE RUNNING A BUSINESS IN 1975:

• Management tried to mitigate the rise in prices by entering long-term fixed price contracts, especially for property. Landlords, however, shortened lease rent reviews from seven years to three years.
• Wages were reviewed not yearly, but quarterly. Even so there was no benefit to employer or employee. Increases in wages were taxed and employees often lagged inflation because the inflation data was historic. At the peak, wage settlements considered what inflationary expectations might be. Today it’s 20 percent, tomorrow it will be 25 percent, so we want a 25 percent increase in salary.
• It was an advantage to own the freehold of your own office or shops and to buy with a mortgage. The reverse is true today. In those days regardless of the interest rate you borrowed to the maximum, securing a price knowing it would be twenty percent higher at year end. The rates of interest paid were tax deductible.
• Company CEOs always looked good announcing better figures each year, even though their businesses were going backwards after inflation.
• Revenues increased with inflation but lagged the current rate, expenses continued to rise, margins were tight. The gambling customer was squeezed, saw his savings eroded and salaries not keeping pace with rising prices. At the end of the cycle, wages increased ahead of the monthly rate to counter the rate of tomorrow.
• The gambling industry contracted.

WHAT IS DIFFERENT TODAY?

• Due to Covid-19 lockdowns, the gambler has money to spend. The savings ratio is high.
• On CNBC, the Chief Executive of Whirlpool said that he had put prices up 15 percent with no adverse reaction from consumers.
• Inflation today is led by an excess of money, and a shortage of goods due to COVID-19 supply chain disruption. Building materials have risen exponentially, oil is high and could reach $100 a barrel. There is a lot of inflation in the system.

WHAT IS THE MECHANISM TO BRING INFLATION DOWN? INTEREST RATES.

High interest rates reduce demand and squeeze inflation out of the system. After the very high rates in both the UK and US in the 1970s, the electorate deliberately voted for governments that would end inflation. Margaret Thatcher came to power in the UK, Ronald Reagan in the USA. At the peak US rates reached 15.8 percent.

A sudden mind switch occurred from high inflationary expectations, where money was borrowed to invest in hard assets to counter inflation, to a high interest rate era that was deflationary causing a slump as those hard assets were sold. Heavily leveraged businesses could not sell their assets quick enough. There were many fire sales.

A good case study is Ladbrokes in the 1970s. Ladbrokes had secured good cash flow from the betting shops, and invested in print publishing, motels, DIY stores, holiday centers, real estate, and greyhound stadiums. Apart from the stadiums, all the others were sold when the switch from inflation turned to deflation. High interest rates and deflation caused UK unemployment to reach 12 percent in 1984.

The debate on whether the inflation is lasting or just a blip is still ongoing. To be on the right side you need to watch for the signals and turning points.

The first point is that global governments need inflation to shrink the value of the debt. That leads me to believe that the pendulum swings more to lasting inflation than a blip.

• The US Fed deciding to taper its support for QE.
• The gradual rise in interest rates. In the 1980s the Fed increased rates every month by a fraction of a percent.
• The monthly direction of the Consumer Price Index (watch your own shopping basket prices as well). Listen to ‘You will not believe what I paid for’ stories from your household shopper.
• Surveys of inflationary expectations. Probably the best guide to forecasting inflation. A recent Citi/YouGov poll in the UK stated that the public expectation of 3.1 percent in July against 2.8 percent in June
• Job hopping. When you hear of people changing jobs for money, it’s a signal that they cannot keep up their living standards with their current employer.
• Strikes are a common feature during rising periods of inflation.