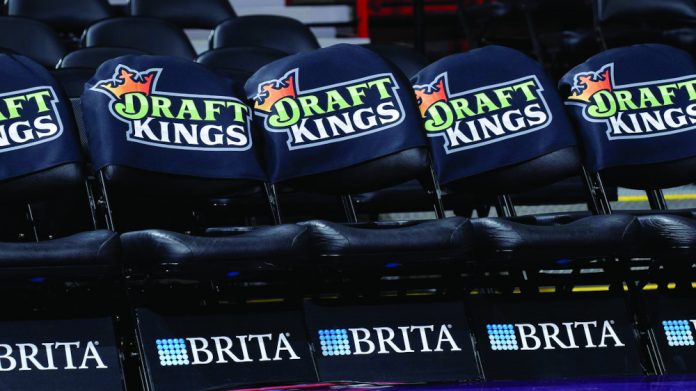 In a scramble for customers through the 2021-2022 sports season, US betting firms enter an escalating imperative to bulk up and splurge on advertising before winners and losers set in.

The inevitable race for scale has picked up pace in the US betting market this summer, as a bottleneck of dominant players begins to take shape.

A slew of big brands announced major tie-ups through August to cut costs, splurge on marketing and ultimately compete for prized licenses and new demographics. Among them, casino group, Penn National, is to buy-out Score Media, owner of the Canadian sports betting app, theScore for $2bn. DraftKings is teaming up with Golden Nugget in a $1.5bn all-stock deal. Meanwhile, Entain has bolstered its esports prowess with the acquisition of Unikrn, and more recently 888 has announced its takeover of William Hill’s international assets after the latter was bought out by Caesars.

This autumn’s NFL season, along with major events such as the Superbowl and March Madness, are adding a sense of urgency to negotiations, as many perceive the next 12 months as a crucial opportunity to disrupt market share before the winners and losers solidify. At the rate things are going, many firms are choosing to buy, rather than build their way in.

“Everybody is betting that this NFL season is going to be their magical springboard to post NFL,” said sports gaming consultant Larry Everling. “They’re forced to spend.”

Some fear a Big Three oligopoly may already be emerging. According to Eilers & Krejcik Gaming a podium of top tier operators are responsible for almost 80 percent of all US handle: FanDuel currently bags 42 percent of play,  23 percent and BetMGM 13 percent. Others are spending vast sums to stay in the race and hope for one of the top five or six spots.

The costs needed to compete are becoming astronomical. According to Jay Snowden, Penn’s CEO, firms are spending between $300 and £800 to acquire each individual player. Flutter confirmed it has so far spent just under that, at $291 per head – mostly through ads and subsidised entry bets.

Those lagging behind are now having to go all-in or fold. In fourth place is Caesars with 6.6 percent share) which recently acquired UK bookmaker William Hill, only to retain its US arm, was quick to put the rest of its international assets up for sale to restore cash flow for the fight ahead. The CEO Tom Reeg recently disclosed that a staggering $1bn has been set aside to develop the firm’s interactivities. One such initiative offers a $5,000 risk-free bet for the first-time registrations. “If it turns out to be $2bn, we’ll be having a good experience,” he added, referring to the escalating nature of the marketing race.

Others have barely made their play yet, but are forking out millions in celebrity endorsements to make waves. One bid for the New York mobile betting concessions came from sporting apparel-turned- aspiring-bookmaker, Fanatics, in league with New York super celebrity, Jay Z. Meanwhile, Wynn Resorts – whose legal battles have made it slower than other casino groups to move into sports – has just announced a $100m ad campaign recruiting Hollywood actor Ben Affleck and basketball Hall of Famer Shaquille O’Neal. Wynn is also planning to merge its interactive unit with a special purpose acquisition company, freeing up $640m in cash to spend on TV ads, sponsorship deals and other player acquisition strategies. BetMGM uses actor Jamie Foxx in its ads, while offering a $50,000 prize for those who can guess the weekend’s NFL scores in order.

“We operate in a very crowded, competitive landscape,” said BetMGM’s chief revenue officer, Matt Prevost, summing up the mood. “Some consumers will gravitate toward a big headline number.”