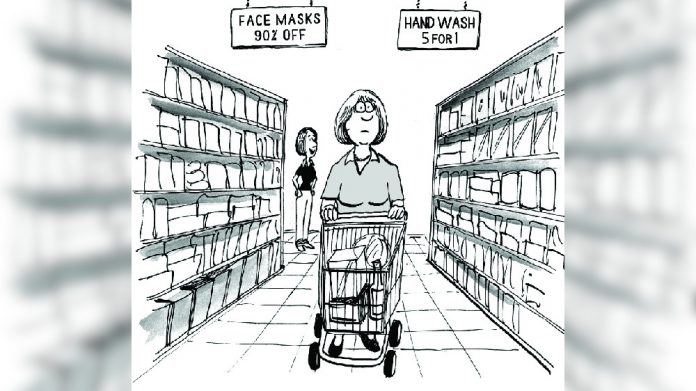 Asides from suffering a long string of false starts (19 July aka “Freedom Day,” being only the latest) this new normal we keep hearing about is gradually shedding its former zeal.

After an initial exuberance for losing the commute and working in pajamas, the reality of staying at home all day has become an experience the vast majority of Brits don’t want to repeat. Today two thirds say they’d rather add hours onto their working day if they were allowed to go back to the office. Employers too – having originally trumpeted the unexpected boosts to productivity and cost savings of homeworking – are increasingly demanding their staff return. Meanwhile social scientists are warning of a host of dystopian eventualities if lockdowns don’t end soon. Even Netflix is haemorrhaging subscribers.

In essence any proclamations about building back some sort of hyper-individuated delivery- on-demand post-covid utopia have been steadily losing their appeal, replaced instead by the far more pragmatic challenges of how to tackle pre-covid problems in a post-covid economy.

Nowhere is this more true than the British high street. Government debt gets a lot of airtime in the UK media, now approaching 100 percent of the gross national income (a figure that econometricians warned back in 2010 would trigger default). In hindsight, the lift from 85 percent before the pandemic is probably not that meaningful; Japan’s debt has averaged 140 percent of GDP each year since 1980. What is lesser known is that small businesses in the UK have seen their debt-load rise by far more worrying multiple: almost five-fold since the beginning of 2020. Unlike the government, 50,000 of these – mostly those found on the high street – are on the precipice of default. This will of course be framed as a calamity of covid, just as a decade ago they would be overlooked by high-minded types as victims of creative destruction. Of course the British high street’s slow demise has its roots in political negligence (if not downright deception) at least a decade ago.

It was the same boogeyman of government debt-to-GDP ratio that was invoked in 2010 to begin the painful project of systematically reducing the state. And no segment of British life suffered more greatly than local governments. Austerity achieved a net nine percent fall in public spending between 2010 and 2018, yet local governments were cut by an average of one fifth. Cities were hit particularly hard, some, such as Barnsley, were forced to reduce spending by 40 percent. Authorities were urged to run their localities like micro economies independent of the state. But with few means of redistribution, councils routinely turned to business rates to keep services afloat. Using a sliding scale that hit those in built up areas the hardest, councils desperately squeezed an already struggling sector, around which, British life once revolved. Hairdressers that barely turned a profit ended up paying more in rates than an Amazon warehouse. I suspect the decision makers were not unaware of the trajectory, they just had their minds on other ideals.

Today town and city centres are depressing relics of communal commercial activity. And after an 18-month imposed experiment with a predominantly digital economy, people are harking for more of the old kind of normal – one with faces and fascias. But high streets will need a change in policy from politicians if they are to flourish again, not patronising speeches about British ingenuity.