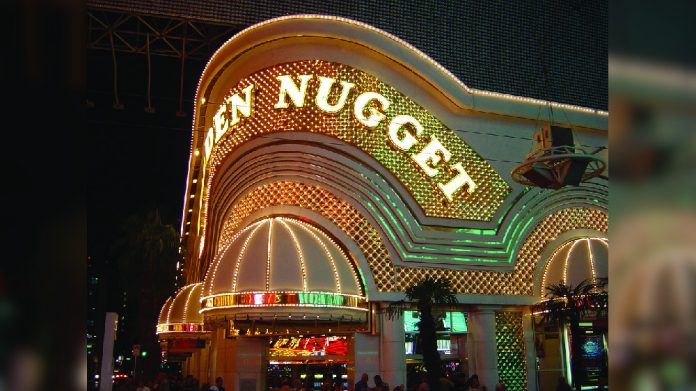 DraftKings adds to its collection of brands and playerbase without spending a penny – in acquiring Golden Nugget Online Gaming entirely through stock-trade.

US sportsbook operator DraftKings has confirmed it will take over the online sister to Golden Nugget Gaming for $1.56bn in an all-stock deal.

For Golden Nugget the price represents more than double its valuation only a year ago when the firm went public via a special acquisition company.

Golden Nugget’s parent company, Feritta Entertainment – owned by the billionaire Tilman Fertitta – separated the online and land-based assets to create Golden Nugget Online Gaming which was spun-off through a Spac deal with Landcadia Holdings II. At that time GNOG was priced at just $745m.

Fertitta, who also owns the Houston Rockets, still serves as co-chairman and chief executive, and owns 47 percent of the shares in GNOG. As part of the deal he has agreed to keep hold of his new DraftKings shares for at least a year after the deal is finalised and will join DK’s board.

The takeover has already been unanimously approved by GNOG’s board, although shareholders are still required to vote on it. However, as Fertitta voting rights dominate, it is highly likely it will go through. Subject to regulatory hurdles, the deal should close in Q1 2022.

For DraftKings the deal gives it access to GNOG’s circa five million customers and is expected to yield $300m in synergies.

“Our acquisition of Golden Nugget Online Gaming, a brand synonymous with igaming and entertainment, will enhance our ability to instantly reach a broader consumer base, including Golden Nugget’s loyal ‘igaming-first’ customers,” said Jason Robins, DraftKings’ CEO and Chairman of the Board.

“This deal creates meaningful synergies such as increased combined company revenues driven by additional cross-sell opportunities, loyalty integrations and tech-driven product expansion as well as technology optimization and greater marketing efficiencies. We look forward to Tilman being an active member of our board and one of our largest shareholders.”

“Together, we can offer value to our combined customer base that is unparalleled. We believe that DraftKings is one of the leading players in this burgeoning space and couldn’t be more excited to lock arms with Jason and the DraftKings family across our entire portfolio of assets, including the Houston Rockets, the Golden Nugget casinos and Landry’s vast portfolio of restaurants. This is a strong commercial agreement for both companies.”

GNOG reported revenue of over $100m in 2020. DraftKings meanwhile has seen its revenue surpass $600m in Q1 alone.It also revealed that it had been issued with a subpoena form the SEC over allegations that its subsidiary, SBTech, was still active in black markets.