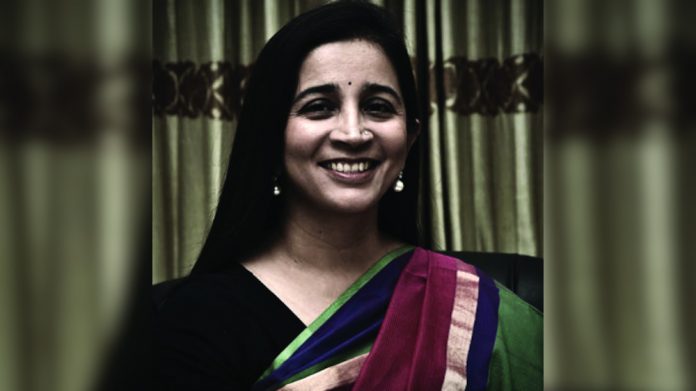 Gambling is a big and burgeoning business in India. Yet in most cases, it’s only legal if players are able to apply an unstipulated quantum of foreknowledge to predict the outcome. For Delhi-based corporate lawyer, Ashima Obhan, this peculiar position has led to a jigsaw of overlapping legislation that desperately needs a rewrite.

Gambling in India faces a peculiar predicament. It’s our worst kept secret. The blanket ban in India of any activity that constitutes ‘gambling’ has existed since the British-Era, and ironically, has not undergone significant modification since that century. However, practices and businesses have evolved, technology has taken centre stage, and the human penchant for exploiting loopholes has been put to good use in coming up with ways that allow it to circumvent the law. For instance, the Federation of Indian Chambers of Commerce and Industry (FICCI) estimates India’s illegal betting market to be a whopping Rs. 3,00,000 Crore at the very least. Furthermore, a significant number of India’s youth population has turned to online gaming for its easy availability and this number has only climbed further in the onset of the Covid-19 induced lockdown across India.

Miffed and offended at coming across certain young children playing one such online game on their phones, Keshav Ramesh Muley petitioned the Bombay High Court to register an FIR against the makers of the mobile application “Ludo Supreme” for allegedly engaging in gambling, as according to the applicant, the Game, an online spin-off of the popular domestic board game, Ludo, is a game of chance and not a game of skill and if played for stake, would fall foul of the 1887 “Maharashtra” Act.

While judgment in the above matter is awaited, it would be provident for us to unravel the complex jigsaw of overlapping legislations and case law within which gambling finds itself situated in India. First and foremost, gambling is a state subject in India, which implies that States have the primary authority to regulate and legislate on the practice of gambling in any manner they deem fit. However, the Public Gambling Act of 1887 is an act notified by the Central Government for addressing and banning the practice of “gambling.” Most state acts on the subject of gambling are straight derogations of the central Act. This Act, as well as the Maharashtra Act, bans all activities that amount to “gambling” as may be indulged in at ‘common gaming houses’, such common gaming houses having been envisaged as physical enclosures wherein gambling activities took place. The distinction between “game of chance” and “game of skill”, as mentioned above, gains importance because the Act, including the Maharashtra Act, explicitly states that a game of skill, wherever played, would not be held to be gambling.

This vital carve-out for games of skill under the central and state legislations has served as the fulcrum on which all instances of potential gambling activities are tried. Since the Acts and its State derogations do not elaborate on the definition of skill or even the required threshold of skill, various Courts have taken it upon themselves to formulate a reasonable principle around the same. The oldest judgment in this regard comes from the Supreme Court in the case of The State of Bombay Vs. R. Chambaugwala, in which the Supreme Court, while deliberating on the nature of gambling under the Bombay Lotteries and Prize Competition Control and Tax Act, 1948, asserted that a competition, in order to avoid the stigma of gambling, must depend to a substantial degree upon the exercise of skill. Furthermore, in the case of State of Andhra Pradesh Vs. K. Satyanarayana the question before the Apex Court was whether Rummy could be considered a game of chance. In this landmark judgment, the Supreme Court went on to hold that Rummy could not be categorised as a game of pure chance and was in fact, mainly and preponderantly, a game of skill.

Following a similar trajectory, the Apex Court, in the case of Dr. Lakshmanan Vs. State of Tamil Nadu came to the conclusion that: (i) the competitions where success depends on substantial degree of skill are not “gambling”, and (ii) despite there being an element of chance, if a game if preponderantly a game of skill, it would nevertheless be a game of “mere skill.”

Thus, it is evident that the preponderance of skill has evolved to become the litmus test basis which games are able to avoid the tag of gambling. That said, what might constitute a preponderance of skill is not set in stone and may fluctuate on a case-to-case-basis, as can be seen from the present case pending in the High Court of Bombay concerning the Game. Further, while a clear precedent can be evinced from a perusal of the existing case law on the matter, it is pertinent to note that the will of states still holds importance in ultimately determining whether a game would indeed be banned under the state gambling law(s). For instance, several states including Assam, Andhra Pradesh, Orissa, Tamil Nadu and Telangana ban all forms of gaming, including online gaming, and make no exception for games of skill. Additionally, states such as Nagaland and Sikkim have imposed a license regime on any person who wishes to operate online games in the states.

It is apparent that a harmonisation of the various legislations surrounding gaming has to take place and a coherent framework which takes into account tools of modern gaming, must be established, as the law in its current form somewhat fails to accommodate for the developments of the current century.