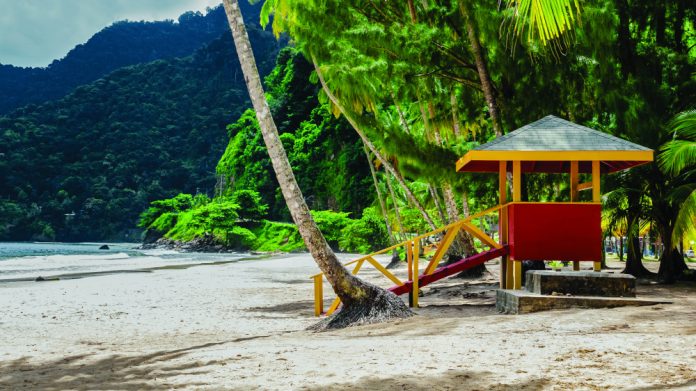 After six years of “filibustering” by an incorrigible opposition bloc in the senate, Trinidad and Tobago has passed a new bill that will raise gambling taxes 6-fold – and potentially pave the way for igaming licences through a new regulator.

The paradisiacal archipelago of Trinidad and Tobago has overcome years of resistance to formalise its gambling sector, passing a new law aimed at raising more taxes and attracting more internal investment and tourism.

The approval of the Gambling (Gaming and Betting) Control Bill 2021 will first establish a new gambling commission and introduce new tax rates for different game types. In total the legislation expects to raise taxes to T$500 ($75m) – up six times from its current base of around T$75m.

“We have been running persistent budget deficits in T&T for some time,” reminded Finance Minister Colm Imbert. “As we come out of the pandemic we have to look at ways and means of dealing with structure problems in our economy and looking at new revenue streams.”

The passage of the bill – which eventually won with 24 votes against 6 – has been an upward battle against the opposition. Imbert lamented that despite over 100 hours of consultation the opposition leaders maintained their resolve to “filibuster” against the deal that would secure the country’s finances.

“Anytime you come with something to deal with revenue and money and collection of money, the Opposition opposes it,” he said.

“Right now I have a T$16bn industry, if we get T$30m, T$40m out of that industry on an annual basis some say we get plenty. But the country should be getting T$500m to T$600m out of that $16bn industry. It is just not fair to the ordinary taxpayer, to the salaried person whose taxes are deducted at source from their monthly income.”

Hitherto gambling regulation has enjoyed a very light touch in the caribbean archipelago. Under the current Liquor Licence Act a bar is allowed to have 20 amusement machines without being deemed a casino.

“If you want more than 20 amusement machines, you are a casino! Why is it bar owners want to be casino owners but not subject to regulation as a casino?” Imbert went on.

“This is a revenue stream just like property tax and just like the revenue authority we need to improve efficiency in revenue collection. We have to close the gap between revenue and expenditure so that eventually we have a balanced budget,”

By and large the regulation has been welcomed by local business owners. Local lottery founder, Derek Chin, said the move would enhance the appeal of the country for froeign visitors and capital – and provide a huge incentive for hotels to develop.

“The more casinos grow, the more you can tax. Why can’t Hilton Hotel, Kapok or Hyatt have a casino? Let us start thinking out of the box. Let us grow the industry to reap rich dividends,” he suggested.

“Whenever I am in Miami, I must go to the Hard Rock casino. Some hotels have been granted licences to have nightlife. Casinos are a form of amusement and entertainment. People relax and place a bet. It does not matter whether they win or lose.”

Looking to the future Chin hopes more verticals will fall under the aegis of the new Gaming Commission: including online gambling and horse racing – which if taxed correctly could be invested to support a vibrant economy.

Others however, feel the timing for the new bill is not quite right, given many local businesses are still reeling from the impact covid has had on tourism.