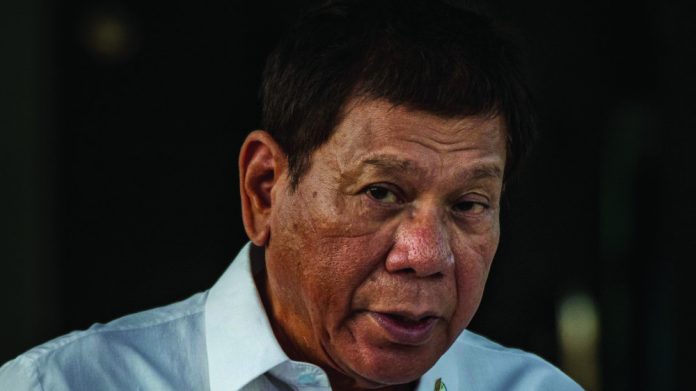 Despite heavy opposition, the Philippines’ president, Rodrigo Duterte, urges lawmakers to rush through a bill to add taxes to the online gambling sector and its employees – in a bid for billions in extra tax pesos that could fund the covid recovery.

As the debate over the costs and benefits of online gambling rage on among lawmakers, the Philippines president, Rodrigo Duterte, presses for the urgent certification of a bill to add taxes – and oversight – to offshore licensees.

Currently POGOs pay just five percent of their net income in taxes, yet the new bill SB 2232, would expand that to all gaming operations, whether foreign or domestic.

The bill would also add a 25 percent withholding tax on the gross income of foreign individuals employed by POGOs as well as their service providers. The minimum final withholding tax due every month must be at least P12,500. According to Senator Pia Cayetano, who sponsored the bill in the Senate as chair of the ways and means committee, the bill would generate several billions of pesos in the coming years after the economic shortfall induced by covid.

Opponents to the bill abound – not least the Chinese government who had urged Duterte to ban the sector outright in 2018.

Interestingly, Duterte, who has courted Beijing on the issue since coming to power, made an about turn on the matter describing the sector as simply too important to the economy to forgo. Shortly after he cut an unpopular deal for a joint drilling venture with China, in what many consider to be Philippine seas.

Duterte’s involvement in this particular bill – pressing lawmakers to abandon the protocol for a mandatory 3-day interval between the second and third reading approval of bills had the effect of rushing through the legislation just days ahead of the 46th anniversary of Manila-Beijing ties.

To mark the occasion, Duterte wrote to the Chinese premier, Xi Jinping, thanking China for its economic support through the pandemic, and describing Philippine-China relations as “healthy and stable.”

“I am confident that my Administration’s Build Build Build program together with the Belt and Road Initiative, will reap long-term benefits for our peoples,” he wrote.

“I attach great significance to the development of China-Philippines relations, and stand ready to work with you in guiding our bilateral relations to move forward in a sustained and steady manner, so as to achieve greater win-win results and mutual benefits.”

China aside, the bill faced sharp opposition from senators at home, namely Senate Minority Leader Frank Drilon, and senators Francis Pangilinan and Risa Hontiveros, who claimed the sector was costing the country dearly in terms of social erosion, corruption and crime.

Speaking at the senate debate, Pangilinan argued that “whatever amount the BIR (Bureau of Internal Revenue) may collect from POGOs may be used to fund projects to give relief to our people suffering during this pandemic. However, we cannot and should not turn a blind eye from the social costs that the POGO industry brings in and has brought upon us, social costs that may be difficult to reverse.”

“Instead of allowing POGOs to thrive, perhaps we ought to have reallocated funds from other resources to support our pandemic relief efforts,” he added.

The senate bill is matched by an almost identical version passed in the house. However as senators have made various minor amendments a conference must be convened between the two chambers to approve a final iteration of the legislation.

The House or the Senate may also opt to simply adopt the version of the other chamber to hasten the process.

“There is very little difference between the House and the Senate version since, the Senate Committee on Ways and Means saw little need to repeat the extensive hearings and study we have conducted in the House,” said committee chair, Jose Maria Clemente S. Salceda. “So, the bill is almost identical to that of the House.”

“If they retain these rates, the House is very open to just adopting the Senate version as its version. After all, we wrote the first draft, so we agree with the principles and key provisions.”

Once Congress agrees on a reconciled version of the POGO tax bill, the measure only requires Duterte’s signature.