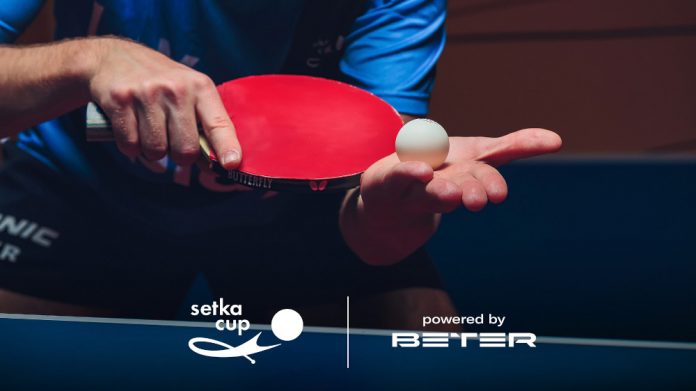 The results are in and BETER is proud to report that the first half of 2021 has seen the Setka Cup go from strength to strength, as the number of table tennis, tennis and beach volleyball matches featured in this tournament have doubled in this time. Alex Lobov, BETER’s Chief Product Officer, explained how the company achieved such growth rates.

The number of sports events reached 22,500 (from January to June) in 2020. This figure for the same period of 2021 has doubled and totaled 42,281 events. Despite the return of major sports tournaments, including the UEFA European football championship, in June 2021, BETER provided the highest number of matches of all Setka Cup’s sports tournaments — 7,500 games (250 per day). 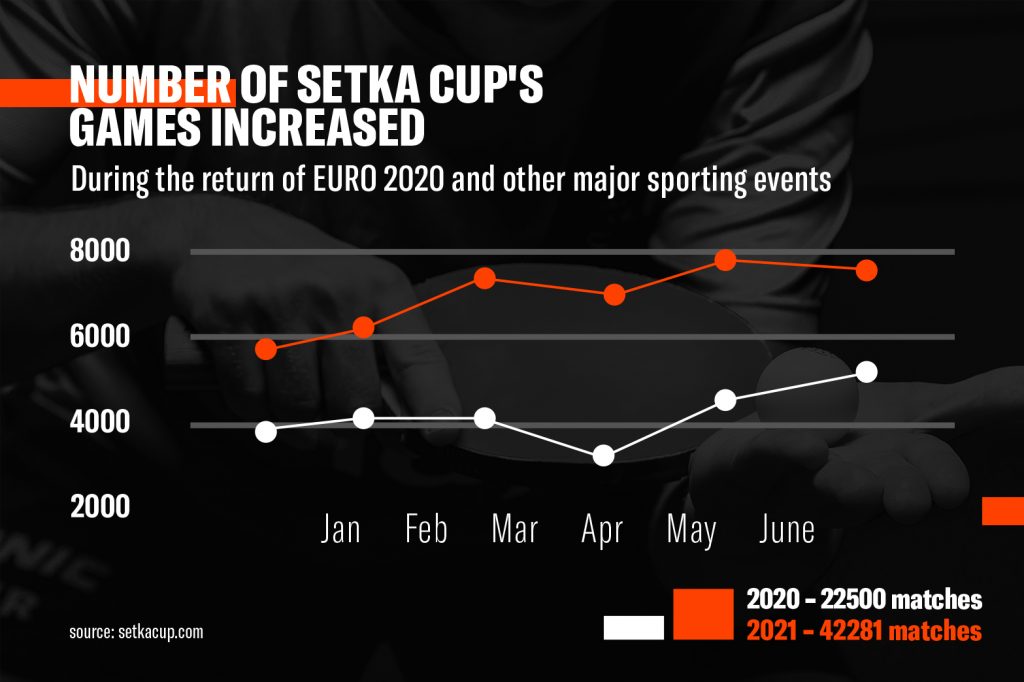 Alex Lobov, BETER’s Chief Product Officer, said, “BETER continues increasing the amount of fast sports content. And we do our best to ensure that our clients get 24/7/365 available products that allow sportsbooks to fill free airtime and count on predictable margins. That’s why we offer a large number of events and broadcast up to 10 matches simultaneously. All of our players and matches have comprehensive stats.

We suppose that major events can boost fans’ and bettors’ interest in commercial sports tournaments. The Setka Cup is a good case in point. The platform held a significant number of events even during the EURO-2020 and other big sporting events in June.”

The Setka Cup opened two new table tennis arenas at the beginning of 2021. The last one started operating in Prague (Czech Republic) in May and holds up to 1,000 matches per month. This positive dynamic expands the sports community of tournaments, mainly in Ukraine, where we have 9 sports arenas in the 3 largest cities.

The total number of sportspeople participating in Setka Cup tournaments has increased by 20% since January 2021. There are 780 active players now, and 600 regularly participate in table tennis tournaments in Ukraine and the Czech Republic. Jindrich Pansky, the double silver medalist of the world championship and participant of the Olympic Games, competes in Setka Cup’s tournaments in Prague. The Ukrainian Table Tennis Federation has 1,868 active players (18-55 years old). One in three registered athletes is a participant in Seka Cup’s tournaments.

2021 became an important year for the Setka Cup. The platform launched tournaments in the EU. Moreover, recently the Setka Cup reached a strategic partnership with the Prague Table Tennis Association. It is an official recognition on the international level, and it proves Setka Cup’s ambitions to develop table tennis in the EU. Within the Memorandum with the Association, the Setka Cup plans to conduct sports coaching, develop table tennis and promote it in Prague and the Czech Republic.

Alex Lobov explained, “We are constantly working to improve and expand our product portfolio. We have a great team of 50+ operational specialists who are responsible for launching new sports as well as providing technical equipment and supporting fair play. This year 2×2 beach volleyball tournaments have successfully passed the trial period. During this process we verified all the key metrics, focused on technical aspects, and tested an ability to keep an efficient, 24/7 schedule and ranking systems. Beach volleyball proves its profitability and effectiveness”.

BETER provides live streaming, live data and odds for the Setka Cup’s matches. The company, by doing so, creates complex betting products for sportsbooks in 150 countries. According to the last data of one of the largest sportsbooks, the number of bettors who choose Setka Cup tournaments increased by 33% during the first half of 2021. Such significant growth happened in June when the UEFA European football championship and table tennis championship were held. 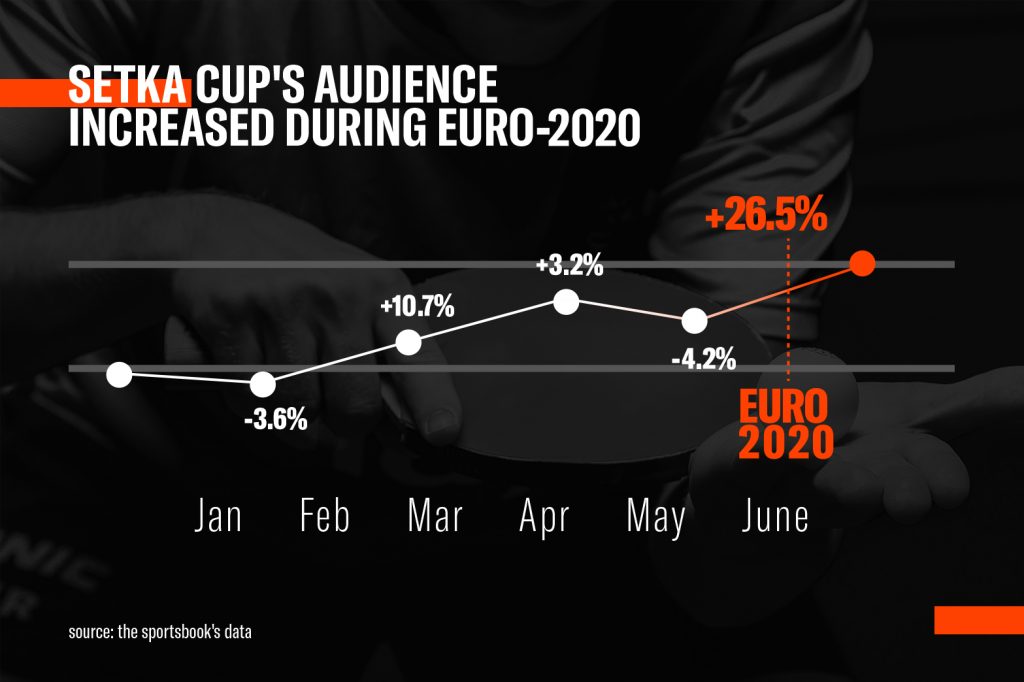 Thanks to BETER, the streams of Setka Cup’s tournaments are featured on no fewer than 100 sportsbooks, including bet365, William Hill.

According to Setka Cup’s table tennis web platform, European countries currently hold the record for the number of Setka Cup fans. The United Kingdom, the Czech Republic, Spain, and Poland are in the TOP-10 countries where Setka Cup tournaments are the most popular among fans and bettors.

Among Asian countries, the Philippines has the highest number of Setka Cup fans; in North America — the United States, in South America — Brazil, in Africa — South Africa.