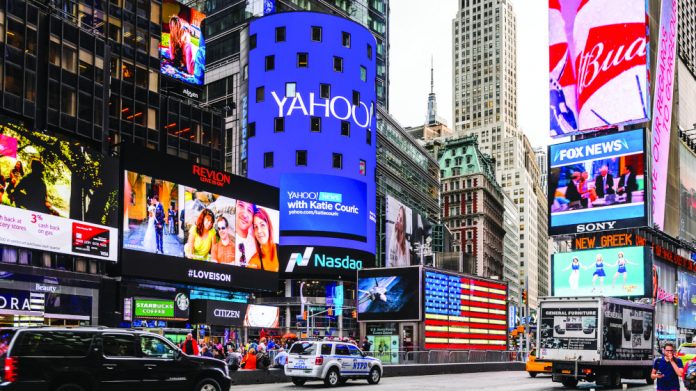 No sooner had Verizon declared that sports betting would be the key to unlocking the potential of its dwindling subsidiary, Yahoo, than Apollo Global Management paid $5bn to take it off them and do exactly that.

American private equity company, Apollo Global Management, has added to its spree of acquisitions this year with the $5bn transaction for Verizon’s media assets, including Yahoo – which it plans to turn into a major player in US betting.

Verizon paid $9bn to acquire Yahoo along with AOL (which Apollo has also now acquired) between 2015 and 2017, as part of a widespread drive among network operators to become digital content creators. However, while the likes of Facebook, Youtube and Netflix came to dominate in the interim, Yahoo – and even more so AOL – have waned. Indeed Yahoo’s trajectory has been steadily, if not steeply, downwards: even the $9bn Verizon paid is just a slice of the $45bn Microsoft offered for Yahoo back in 2005 (which Yahoo then snubbed) in an attempt to build a internet portal to take on its perceived rival, Google.

Verizon had only weeks ago announced a new approach to resuscitate Yahoo’s potential: sports gambling. Speaking to the press in March, Verizon’s head of media. Guru Gowrappan, described the gambling move as “closing the loop” – by delivering its 900 million worldwide users towards more cash generative activities. “We know you consume sports scores and content and you also use Yahoo Fantasy sports, which is more like gaming. The next step for you is to go bet,” he explained.

Yahoo’s player base is undoubtedly the prize in Apollo’s eyes. 900 million active monthly users is a “huge audience”, said David Sambur, co-head of private equity at Apollo, that presents “tons and tons of opportunities.”

“We are big believers in the growth prospects of Yahoo and the macro tailwinds driving growth in digital media, advertising technology and consumer internet platforms,” he said at the time of the transaction.

Ostensibly, Apollo intends to succeed where others have failed. According to internet analyst, Brian Wieser, Yahoo’s decline has in part been due to its previous owners failing to decide what it should prioritise: media or tech. The result has been too many divisions with too many products, all of which became underfunded and uncompetitive.

Apollo’s vision is all the more precise, and sports betting is key. Yahoo has been working its way into the sports sector with Yahoo Sports daily fantasy, and regulatory clearance for a deal with MGM struck late last year to bring sports book and VR sports to its database of fantasy players.

Meanwhile Apollo itself is making major strides in the gambling world. It recently acquired the operations for the Las Vegas Sands flagship IR in Vegas, The Ventian, for $2.25bn, followed shortly by the purchase of land-based Great Canadian Gaming for $2.5bn. Just before the end of 2020, it bought into two European businesses: a E500m investment in Saska Group, a pan-European lottery operator said to be bidding for the UK National lottery; as well as the entire Gamenet enterprise, an Italian B2C gaming machine, sports betting and online gaming firm, for E950m.

It’s latest play is for Tabcorp’s wagering assets in Australia, which is also being targeted by online gaming giant, Entain. The move follows an announcement in March that Tabcorp was looking to sell-off some of its portfolio, after receiving a number of unsolicited advances for its betting divisions.

Entain had made the most pronounced bid, A$3.5bn, which it says is “compelling both in terms of the value it represents for Tabcorp shareholders in cash, and certainty of deliverability”. Apollo has since matched that, or alternatively says it will offer A$4bn if Tabcorp throws in its gaming segment too. Both offers are now being reviewed by Tabcorp..

“Apollo has a lot of experience in gaming and sports betting. I think that we are well-positioned to maximise the value of the Yahoo Sports opportunity,” Sambur said, summing up their position.

Staying broadly within the same world, Yahoo also has intimated leveraging its Yahoo Finance division towards retail investing, potentially mirroring the popularity and commercial success of arm-chair stockbroking apps like Robinhood. “I see a big opportunity, using that brand, to monetise their tremendous user base in other areas related to finance,” Sambur added, while also suggesting an overlap with the cryptocurrency space.