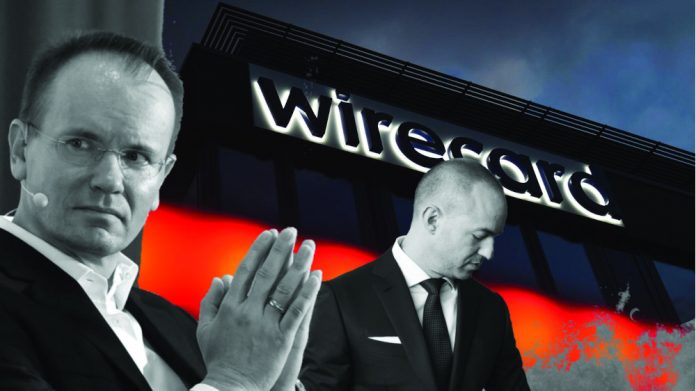 The latest revelations from the still unfolding Wirecard scandal now threaten to engulf Lithuania’s hard-won reputation as a fintech capital of Europe. Finolita Unio – a payments firm specialising in high-risk banking services for online gambling firms – faces accusations of siphoning E100m out of the failing firm shortly before its infamous collapse.

When the Wirecard scandal first broke last summer it was already one of Europe’s largest cases of corporate fraud. And as journalists and prosecutors continue to follow the web of transactions made before the E1.9bn black hole in the company’s balance sheet was exposed, it’s a case that keeps on giving.

The latest investigation to branch out of the mess focuses on a Lithuanian payments firm, Finolita Unio, catering to “high-risk” online gambling clients in need of international banking services. Finolita is accused of stealing more than E100m from Wirecard in the weeks before it collapsed – a portion of which is thought to have been channelled to the group’s former COO, Jan Marsalek who is now on the lam and hunted by Interpol.

Prosecutors in Munich suspect many more hundreds of millions were siphoned off in this manner prior to the collapse. Finolita processed a loan of E100m which was granted by Wirecard in March last year, to a subsidiary of Finolita’s parent company, the Singaporean payments group, Senjo.

Documents reportedly show that the E100m was transferred to Finolita and E35m of it was then transferred on to Marsalek.

Prosecutors are also investigating E1.5m in potentially fraudulent invoices from Wirecrad to Finolita. In one example, Wirecard hired Finolita for a “merchant settlement platform customisation” and invoiced them for over 1,000 hours work at E1,000 per hour.

Danas Oliskevicius, Finolita’s chief executive, claims the work cost E660 per hour, and that certain expenses were added for things like rent and hardware. However, a Dubai-based former Wirecard executive who is now in police custody has told prosecutors that Finolita had not done any work in exchange for the payments.

Finolita, which was founded in 2013, was acquired by Senjo in 2017. Senjo also owns Senjo Payments Asia, to which Wirecard outsourced many of its Asian services. According to its own records, the partnership made up half of all Senjo’s revenues and all of its profits. In the first quarter of 2020 alone Senjo and its subsidiaries had borrowed E350m from Wirecard, and is now under investigation by police in Singapore for its role in the scandal.

The expanding scandal is a black mark against the otherwise thriving fintech scene in Lithuania, and raises questions over the central bank’s oversight of the sector.

Lithuania’s appeal to innovative firms has been rapidly growing in recent years. Since the UK’s departure form the EU, it prides itself on accommodating the largest number of regulated fintech firms in the union, 80 in total, including challenger bank, Revolut, and a number of crypto and igaming innovators.

In February 2019, Finolita was granted a license from the Lithuanina central bank to process payment transitions and issue electronic money. However, the licence remained valid for a full year after the scandal was first exposed, and there has since been no attempt by the authorities to pursue regulatory action against any failings.

The Bank of Lithuania simply stated it was “closely monitoring and analysing the activities of market participants both in Lithuania and abroad, including the Wirecard case.”

In other revelations, Sabine Heinzinger, the former PA to Marsalek, told German MPs in May that she was routinely tasked with extracting bundles of cash from Wirecrad and delivering them personally to clients: sums between E200,000 and E300,000 were given to her in Aldi and Lidl plastic bags.

Heinzinger maintains she never suspected anything suspicious given the bags of cash were always signed off by senior executives including Marsalek himself.

“I was expecting a more professional transport container but that was how the money was handed to me,” she told the parliamentary committee.

Conservative MP, Matthias Hauer, quipped in response: “That’s what I call decent customer service: a board member of a Dax company personally delivers cash to a client!”

One recipient of a cash-filled plastic bag was an American, Ray Akhavan, who was recently prosecuted in the US for processing $150m in fraudulent payments.