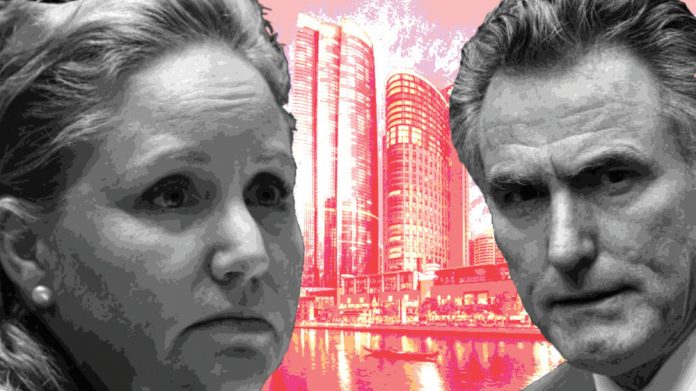 Nicole Rose, chief executive at Austrac, said the probe would involve the entire financial sector, as well as all levels of government.

“It is only these combined efforts that led to criminal investigations and convictions that disrupt the ability of criminals to profit from their crimes,” she said.

“When systems and processes do fail, Austrac will not hesitate to draw on our regulatory and enforcement powers.”

Crown said the accusations levelled at its business related to the property in Perth which has been investigated since October over non-compliance. The firm added that following its own legal advice it had been made aware that its former practice of taking payments from international guests via debit credit cards and, in return, issuing them with casino chips to use in the casino, was also illegal. Prior to 2016, when Crown claims this practice ended, the company translated around A$160m in electronic payments into chips.

Star Entertainment said it faced allegations related to due diligence at its Sydney casino, and failing to adopt or maintain an anti money laundering programme, as required by law. Austrac has specifically charged Star with failing to identify high risk customers or “politically exposed” persons from 2015 to 2019.

Meanwhile, SkyCity faces a similar set of charges to Star, regarding potentially serious customer due diligence mishaps at SkyCity Adelaide.

“SkyCity takes its antimoney laundering responsibilities and obligations very seriously,” SkyCity said. “SkyCity has processes and practices in place in its business to detect and prevent money laundering and continually reviews these to ensure it meets all anti-money laundering requirements.”

In each case, Austrac has not yet stated what regulatory action these firms might face. But given the scope of the review (involving major banks and exchanges beyond the gambling sector) and the authority leading the review, investors have been bearish on the prospect of higher compliance costs and / or large scale fines.

SkyCity’s share price fell by 8.5 percent on the day; Crowns’s and Star’s down by 1.8 and 3.8 respectively. Austrac issued another lender, Westpac, with the largest fine in Aussie history last year: A$1.3bn – also for money-laundering.

“After what transpired with Westpac, the record penalty and significant uplift in compliance costs, the market is fairly jittery around what this could mean,” said Morningstar analyst, Nathan Zaia – especially for National Australia Bank.

Austrac said NAB is under investigation after identifying “serious concerns” over potential legal breaches in AML law, and suspects “potential serious and ongoing non-compliance.” It may even consider civila proceedings against members at the bank, depending on “the work undertaken” during the enquiry.

The Westpac case led to the swift resignation of then CEO, Brian Hartzerthe early retirement of chair Lindsay Maxsted.

NAB’s current chief executive, Ross McEwen, who has been working with Austrac to tackle systematic non-compliance at the bank since his appointment in 2019, , said: “It is a key priority for everyone at NAB to uplift our financial crime capabilities, minimise risk to customers and the bank, and improve operational performance.”