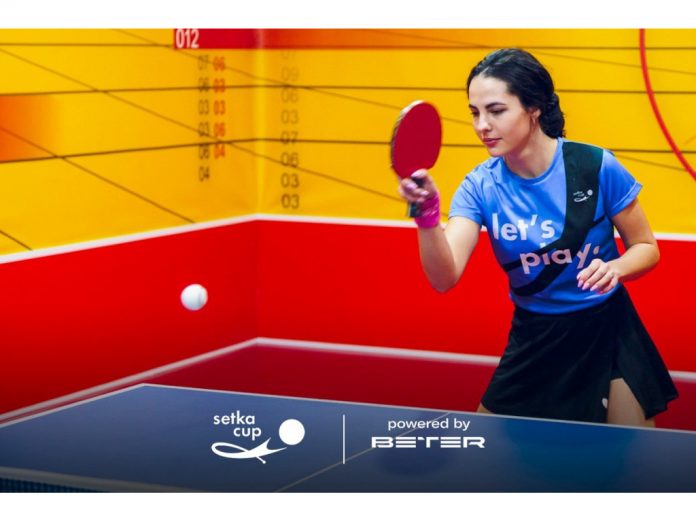 Sports & esports betting provider BETER achieved an incredible result — the company has provided betting operators with 7,500 Setka Cup’s sports matches in one month. From January to May 2021, the ratio of matches has grown by 25%

During its first year, Setka Cup increased the number of events x5

Setka Cup is an international sports tournaments. The platform was established in 2018 and initially focused only on table tennis tournaments. Setka Cup clearly outlined the concept of tournaments to meet the betting market demands from the very beginning. All matches of the platform are dynamic, engaging, have efficient schedules, and last up to 30 minutes on average.

During its first year, the Setka Cup has accomplished enormous work to expand the number of games. As a result, tournaments have become popular with athletes and fans. For example, in 2019, the number of table tennis matches increased fivefold, from 400 to 2,500. At that time, 450 athletes participated in the tournaments. Organizers have provided comfortable conditions for the training, rest and recovery of the players to avoid sports injuries and professional burn-out. Athletes don’t play more than three days in a row and can’t participate in more than one Setka Cup tournament per day.

In 2020, Setka Cup’s fast table tennis tournaments were already well-known among the local sports community and sportsbooks. Before the pandemic, the Setka Cup was already a well-established quality product. During Covid-19, Setka Cup has only strengthened its position in the market of fast sports content by providing 24/7/365 matches.

“I would say that the pandemic rather highlighted the benefits and relevance of our product in the industry. The demand was there even before. With many partners with whom we began to cooperate in 2020, negotiations had started long before the pandemic,” said Alex Barkar, CEO of BETER.

In 2020 Setka Cup opened a new table tennis arena and increased the number of matches to 5,500 per month. The Setka Cup shows its strong commitment to strict requirements for each table tennis match. The infrastructure of each location complies with the up-to-date international standards, equips all locations with professional table tennis flooring and lighting, ventilation, and air-conditioning systems. In addition, only 2 players and 1 referee can be present in the play area during the game to avoid any possible interruption into the match and final result.

“The launch of the location was a significant step for the Setka Cup. We proved our ability to expand the tournaments and still provide a wide range of quality events with stable access to the content from any place in the world. At that time, I understood that reaching an international level is only a matter of time,” Alex Barkar continued.

In May 2021, Setka Cup opened its first location in the EU (Prague, the Czech Republic) and became an international table tennis platform. It was crucial for the tournaments and just proved that Setka Cup games are popular with foreign sports communities and demanded among sportsbooks worldwide.

Today, the tennis and table tennis tournaments comprise 700 active players and are held at 12 arenas in Prague, Kyiv, Dnipro, and Lviv, with a total area of 3,487 sq. meters. All games are dynamic, last up to 30 minutes on average, and can have up to 20 betting markets. Live analytics and detailed player statistics are also available for each game.

In June 2021, the Setka Cup announced the launch of a new discipline — beach volleyball. More than 150 players, beginners and masters of sports in classic and beach volleyball, have already become tournament participants. The ranking system is the same for table tennis, tennis and volleyball players. All athletes are divided into groups of equal skills, which helps to make the game even more engaging and non-predictable.

The Setka Cup now holds over 7,500 matches in 3 disciplines per month: tennis, table tennis, and beach volleyball. The tournaments are featured on sportsbooks in 150 countries and receive 13 million views per month.

“Now I look back and understand what tremendous work we have done. We started from one small table tennis room with few players and minimum technical equipment, and now the Setka Cup manages 13 rooms for 3 disciplines with 700 players. It is astounding,” Alex Barkar added.

“We are constantly strengthening the position of the Setka Cup as a leading organizer of fast sports tournaments. It also helps betting operators to expand their sportsbook’s offer with high-quality events.”