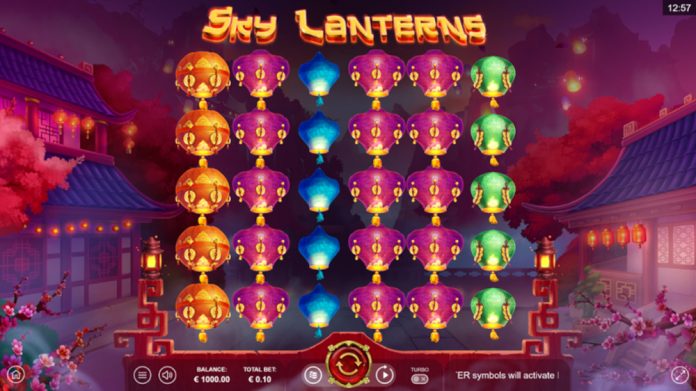 Daily in the world new games are appearing and this summer is not that different from other seasons. A world-class independent game studio ThunderSpin provides a tour of its games’ portfolio, made up of high-quality, modern slots written in a high-standard coding language to provide seamless multi-platform performances in any market.

Starting at the top with Sky Lanterns, ThunderSpin details a slot in which players get to step into the romantic atmosphere of the Chinese New Year festival. This 6×5 video slot comes with an RTP of 95.8 per cent as players wait for the cascading appearance of a wide variety of paper lantern symbols and cluster wins. Additionally, the title comes with a Free Spins feature and a bonus mode that features numerous Free Spins and a Dragon that turns regular symbols into Wilds. 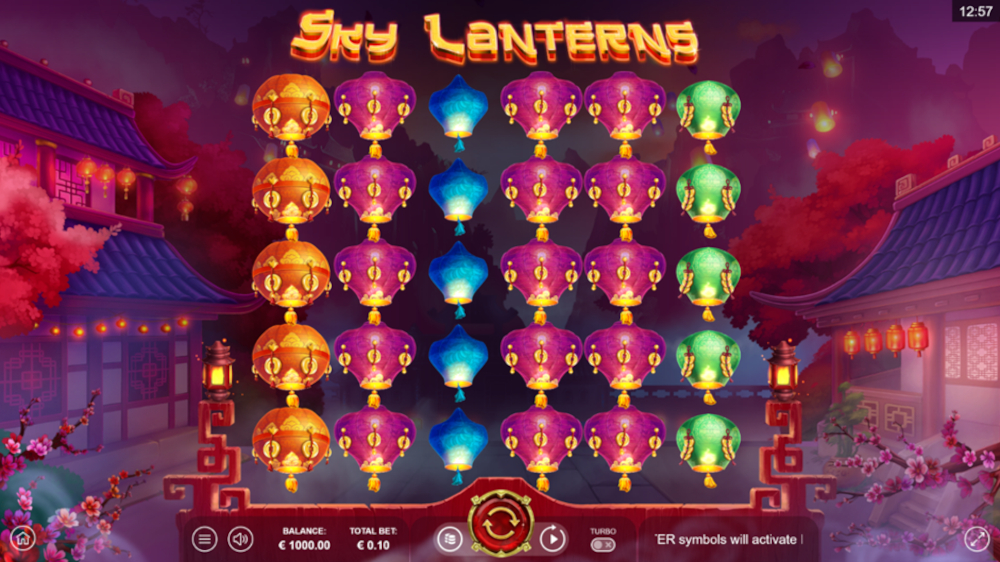 The second game on ThunderSpin’s summer tour is Kingdom of Glory, which allows players to rediscover the legends surrounding King Arthur and his Knights of the Round Table.

This 5×3, 20 fixed paylines slot comes with an RTP of 96.2 per cent. As players journey through the world, they will realise that the iconic characters, such as King Arthur or Morgana, represent high paying symbols. The maximum payout is x2000 the bet amount.

Others, like a knight’s helm, gold staff, green goblet, and the emerald ring will pay out smaller amounts when discovered. Kingdom of Glory also contains special features such as the Nudge Reels, Free Spins and Wilds that are all hidden throughout the Kingdom. 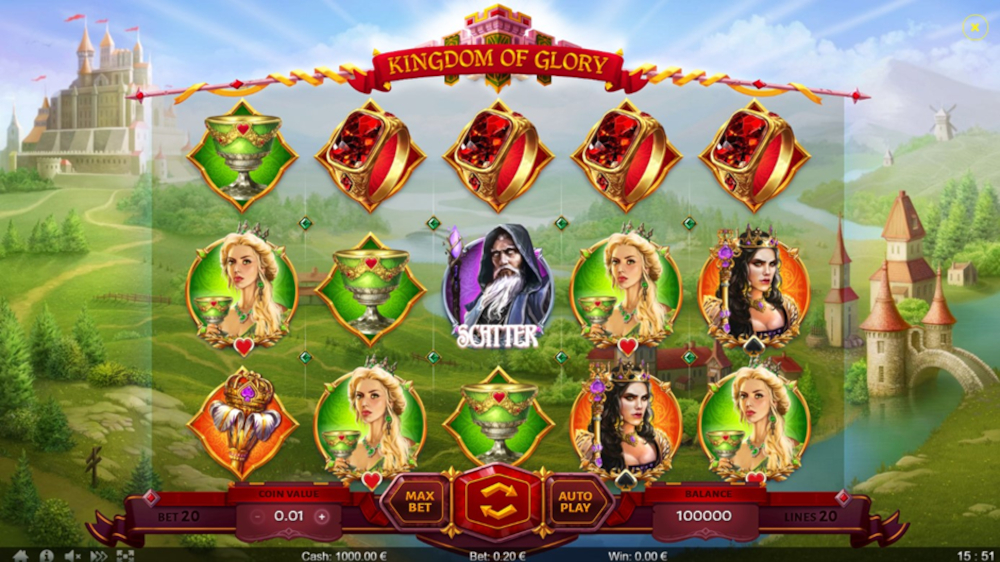 The third title is Book of Treasures that sends players on an exploration adventure to find ancient riches from lost civilisations.

Book of Treasures is a 5×3 classic video slot with 243 winning ways, high and low symbols, classic ancient book symbols, Free Spins, a cloning symbols feature and an instant win up to x1500. This game has a variable RTP of 92.19 – 96.16 per cent. The Special Book symbol is Wild and Scatter at the same time, which is a feature that grants players a bigger mega winning chance. The slot is not only filled with ancient gold but there are also lots of Free Spins activated by the Special Book symbol. Another feature of this slot is the possibility to purchase the Free Spins. 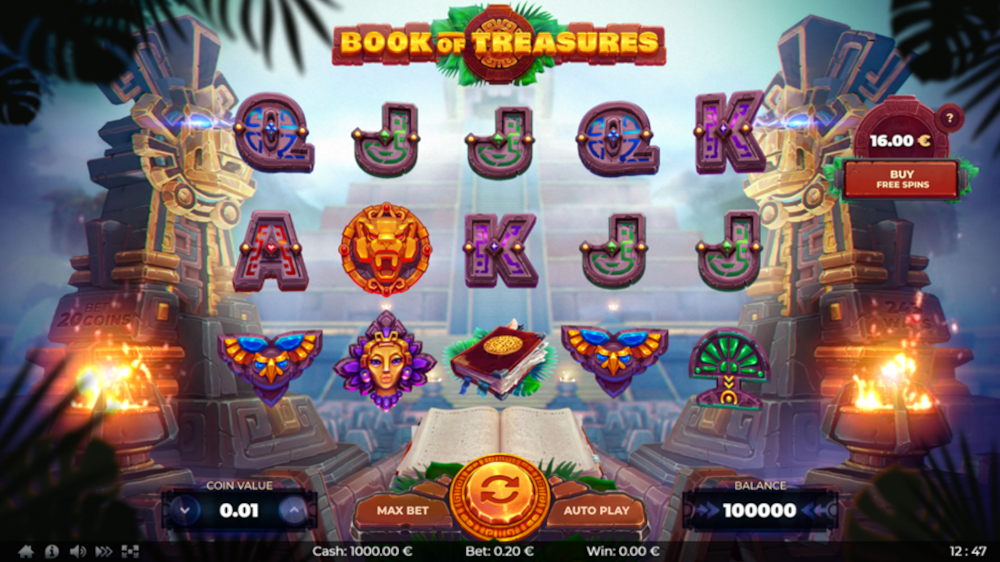 The fourth game on the agenda is Vikings: Frozen Gods, a journey into the cold, dark lands of the Far North. Players will venture into the unforgiving land to fight enemies and claim territory for kin and clan, all in the name of the Gods of Valhalla. The game is a 5×3, 25 payline video slot which includes a 96.3 per cent RTP. In this game there is a Frozen Gods Meter which directly impacts multipliers. The Gods ask players for three pray points before awarding them their bonus.

Additionally, the trickster Loki will always be around to aid, acting as a Jumping Wild. The shapeshifter can take the place of any god to receive their pray points. If Loki gets three prey points, he reveals himself and adds one Loki Wild to the reels, which substitutes all symbols (except for scatters) and moves to a random position after every spin. The Hela symbol, meanwhile, will unlock the Free Spins bonus round with guaranteed wins, so keep an eye out for it. During the Free Spins bonus round, you will get more and more valuable multipliers and more Jumping Loki Wilds, and you only spend your Free Spins when you win. 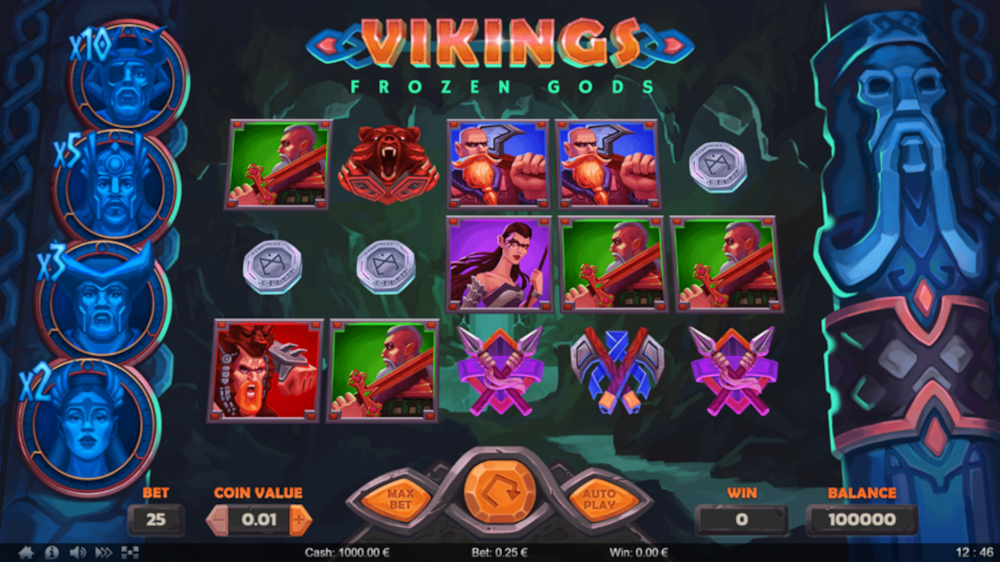 In the next title of ThunderSpin’s summer of games, players are transported to Egypt in a slot inspired by the history of an ancient land. Egypt Story sees players crawl inside caves full of dangerous traps to uncover the cursed treasure.

This title is a 5×3, 20 payline title which includes an RTP of 96.3 per cent along with a Free Spins mode which awards up to an 8x multiplier, as well as a Sarcophagus bonus. Aside from the various features, the game includes an avalanche-style cascading symbols mechanic, with new symbols falling to replace ones which have been removed due to forming a winning combination. The avalanches last as long as there are wins on the reels. This way, players can gain more winning combinations on a single stake. The multipliers increase winnings by х2, х4, and х8 for every consecutive win in cascades. 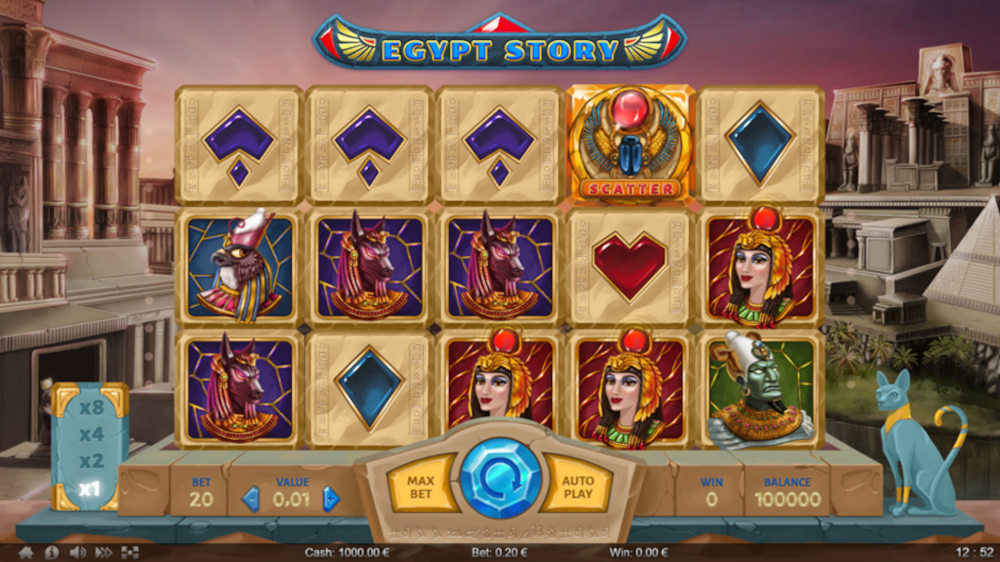 From the ancient to the mystical, on the sixth stop of ThunderSpin’s summer tour, players encounter an epic confrontation between the powers of light and darkness in Angels vs Demons.

Within the game, each side moves their armies towards each other to meet and trigger the Free Spins bonus game on the side of light or on the side of darkness. When the forces of Heaven and Hell meet in the centre, a hyper-valuable Totem bonus game starts. This apocalyptic slot has a 5×3 grid and a Win Both Ways feature, Re-Spins with Moving Wilds and Stacked Wilds. Angels vs Demons has a 96 per cent RTP along with three types of Free Spins and 20 paylines. 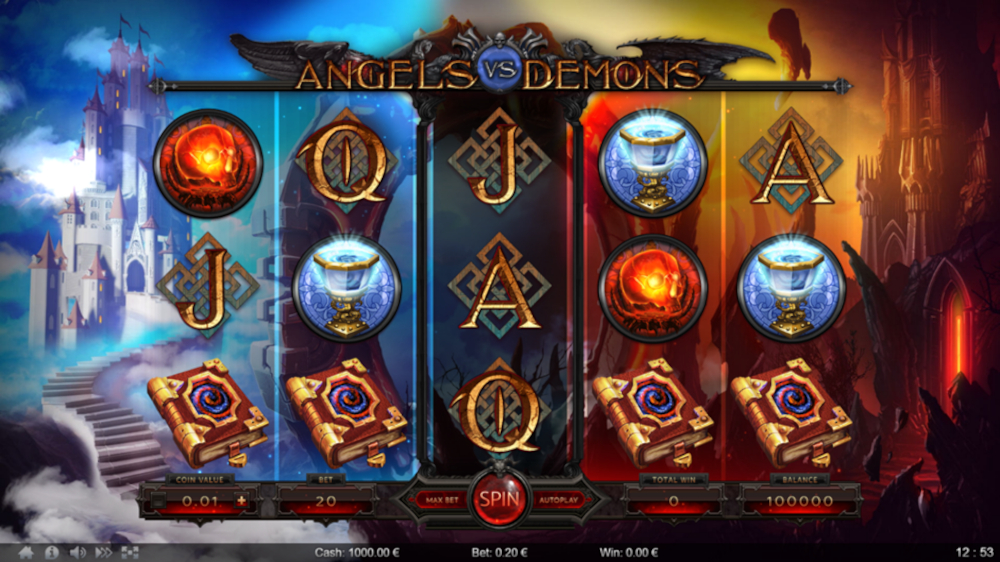 The second to last slot from ThunderSpin sees players dress up for a spooky party where there will be more tricks than treats in Halloween Witch Party.

Players are tasked with rounding up as many ghosts as possible at the haunted hotel to make the party a success. This 95.6 per cent RTP slot has five reels and 25 paylines with numerous bonus modes and a Free Spins round. Moreover, a winning combination of Ghost symbols activates the Avalanche Feature where Ghost symbols fly in through the hotel windows and new symbols drop from the top of the reels. As soon as any ghost counter is full, the Ghost Bonus is triggered. Each Ghost symbol variety has its own set of Free Spins and features. Also, finding three Holiday Pumpkin symbols in the left, middle and right reels will instantly launch the real Halloween Witch Party with lots of Free Spins and additional rewards. 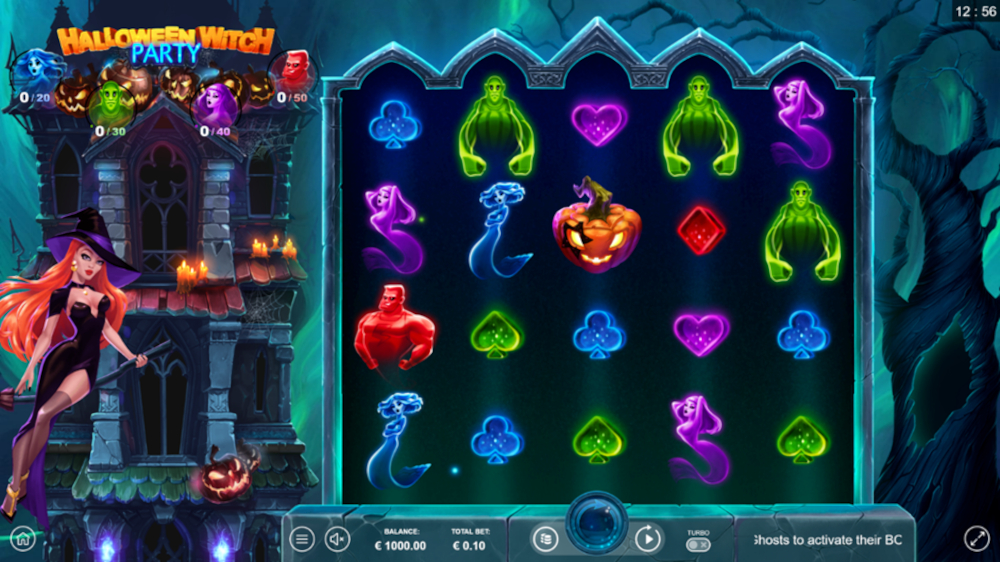 Last, but not least, is simply The Money; a game which makes the world go round. Players can dive into a world of cash, golden coins, wallets and bags full of riches as they collect Dollar symbols to trigger bonus games and Golden Key symbols to win higher rewards.

The Money has an average RTP of 96.2 per cent and is designed in the classic video slot format with 5×3, 20 paylines. There are lots of wilds and scatter symbols, Free Spins with multipliers, and a possible maximum win up to x1000 the bet. If the player lands three or more Dollar symbols it opens the Free Spin bonus, while this bonus game special Golden Key symbol is appearing. Each Golden Key symbol adds five Free Spins and increases the multiplier up to x7. 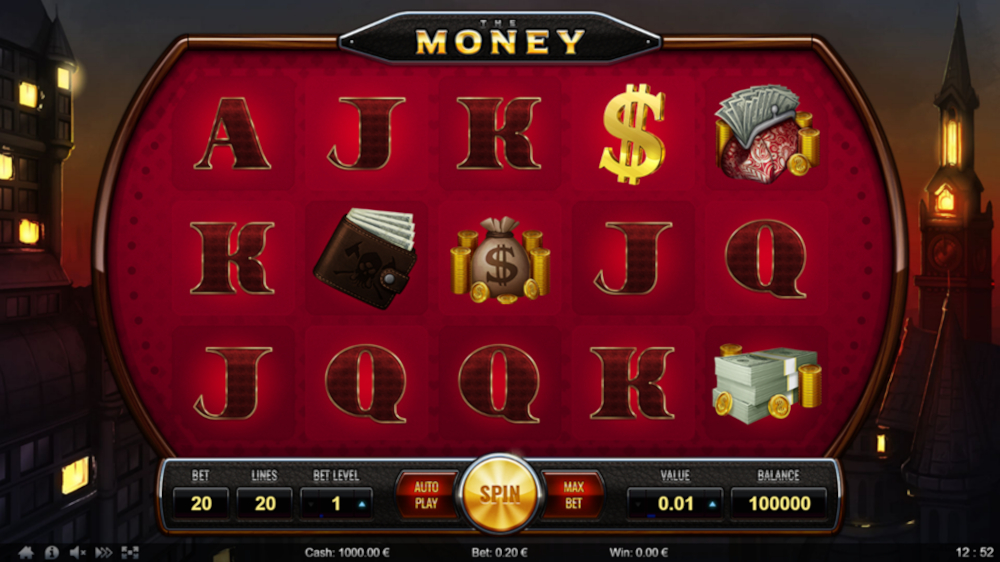 To experience these titles and more, visit ThunderSpin’s game portfolio, or for more news about ThunderSpin visit the News section.

More new games to be announced in upcoming months. To get in touch with ThunderSpin team, please, follow the link or write an email to info@thunderspin.com.