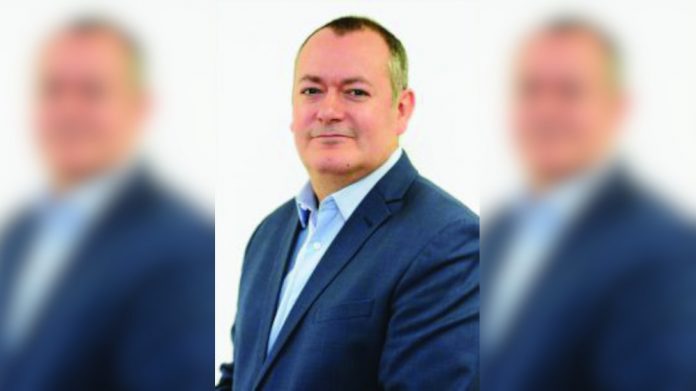 Elaborating on the widespread unpopularity of state-imposed betting limits, Michael Dugher, chief executive of the UK Betting and Gaming Council, writes for PolHome on the dangers of too much regulation – which will not only undermine the market, but the northern Tory vote.

Our recent research further strengthened the Government’s stated intention in the Gambling Review to “strike the right balance” between not interfering in the enjoyment of millions, while providing better protections for vulnerable people.

When I first started knocking on doors for Labour, growing up in a pit village outside Doncaster in the rock solid safe seat of Don Valley, they used to say “you could slap a red rosette on a donkey and it’d win round here”. Years later, I was out canvassing as the MP for the neighbouring South Yorkshire seat of Barnsley East and I asked one elderly lady if she would be voting for me. She replied reassuringly: “Don’t worry, love, I always vote Labour,” before adding “even when you’re rubbish!”

That changed dramatically at the 2019 general election. It wasn’t just that the Conservatives won a landslide majority of 80 or that Labour under Jeremy Corbyn crashed to its lowest number and proportion of seats since 1935, that made the outcome so significant.

It was the fact that the Tories won so many seats in long-held Labour strongholds like Leavevoting Don Valley. Many other socalled ‘Red Wall’ constituencies, like Barnsley East, stayed stubbornly Labour, in part, because the Brexit Party stood against the Conservatives and split the anti- Labour vote. The truth is the 2019 general election could have been a lot worse for Labour.

So what happens next? Was this a one-off? Simply a great big protest vote based on Brexit or a damning revulsion of Corbyn’s left wing Labour? Undoubtedly there is more to it than that. The result was also in part down to Boris Johnson.

For some time there had been a growing alienation of traditional white working class voters from Labour in many deprived post-industrial areas in the North and the Midlands.

The question today is can Boris hang onto those voters or will they revert back to a seemingly more competent, credible and sensible Labour Party? Nobody knows. Many issues will be in play at the next election and we don’t know what impact the Covid pandemic will have, if at all, on voter attitudes.

Given the Government is currently reviewing gambling and has called for evidence, I was keen to find out more about what those living in these key electoral battlegrounds think about betting. So I commissioned focus groups in 20 marginal constituencies, including in Red Wall places like Doncaster, Durham and Dudley. We also asked YouGov to poll across the UK to gauge the wider country’s attitude.

Views on gambling are never going to determine the outcome of a general election. But the results of our focus groups do say a lot about the wider attitudes held by these key voters. Anti-gambling prohibitionists routinely allege the betting industry is trying to “normalise” gambling. But given that betting is something that is enjoyed by 30 million adults – around half the adult population – it was unsurprising to learn that most people regarded it as perfectly normal. Our YouGov poll found that 66 percent of people say betting has been part of British life and leisure for centuries and 68 per cent believe there’s nothing wrong with having a bet now and then.

There was also a strong sense in the focus groups that many Red Wall voters feel that there are some politicians who don’t understand their lives, perhaps even look down on what they choose to do, and who seem to want to tell people what they can and cannot do with their lives (and with their own money). Many saw threats to people’s enjoyment of betting in the context of a ‘culture war’. And all of this has been brought into sharp focus by lockdown. Simple pleasures like having a drink in the pub, going to the match or visiting the local bookies, have been prohibited for much of the past year.

Which leads me to the next major finding. Voters, especially in Red Wall areas, are concerned about ‘mission creep’ from the Government. The focus groups, which also revealed a growing divide between the north and south, found that the pandemic had left some voters increasingly wary of government intrusion into aspects of their lives, including betting. We tested recent suggestions that punters may have to show their bank statements and pay slips if they wanted to spend more than, say, £100 on betting in a month.

The hostility to this was surprisingly strong. Many expressed genuine horror and disbelief, especially to the notion that somebody else would make a judgement, not simply about whether or not you have the funds available, but whether in their judgement your discretionary spending on betting was too high. Voters thought that help should be targeted at problem gamblers, not the overwhelming majority who bet safely and responsibly.

As one participant in his thirties in Doncaster, said: “It’s a slippery slope, isn’t it? I’ll be told how much I can spend on betting, then I’ll get told I can only spend this much on bad food, or alcohol. Am I going to have to show Amazon I can afford what I’m buying on there?”