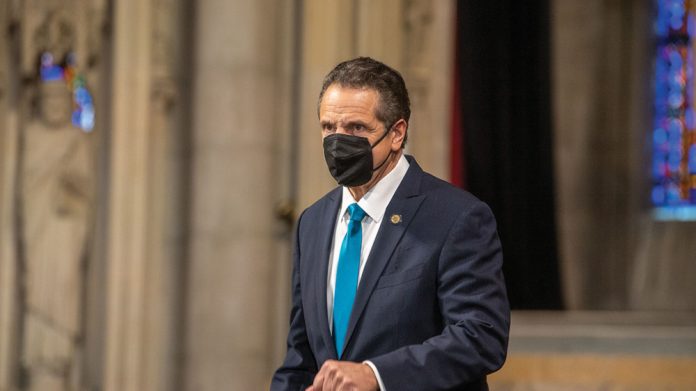 The New York governor’s eventual submission to online sports betting marks a major milestone in the state-by-state roll out of the new sector – and the site of a fierce bidding war for one of only a handful of America’s most prized licences.

New York, a state of 20 million Americans, almost half of whom live in the Big Apple, has long been tipped to be the first major prize in America’s sports betting revolution.

The story of its reluctant, albeit, inevitable acquiescence to new legislation has been told time and again among the 15 states that preceded it in liberalising the practice since 2018, when PASPA was formally struck down.

Lingering conservatism, concerns over match-fixing, addiction and unpopular public opinion among certain demographics, stakeholder opposition, constitutional obstacles and a cautious state governor have all been digging in their heels against the momentum unleashed by Supreme court justices almost three years ago.

Yet little by little, the current of expediency has overwhelmed those who favoured the status quo. A truly massive economy, with a state budget of more than $200bn annually, now has a deficit of $15bn to reckon with; the coronavirus has certainly accelerated the changing of the tide. Paternalism has become harder to justify in the face of mounting debts, and underfunded public resources. Notwithstanding the reality of millions of dollars of bets being placed by New Yorkers, either in the neighbouring states like New Jersey, or with underground and offshore bookmakers online anyway.

A potential final straw has been the weakening of the state governor Andrew Cuomo – a key opponent to online betting and whose signature was vital for passage of a new law – as allegations of sexual assault and continue to flood in.

“This is not the time to come up with creative, although irresponsible, revenue sources,” he had said back in January 2020, when the deficit was already deadweight. In the aftermath of the pandemic, however, and with his political clout withering, the estimated $300m the state can generate in taxes from sports betting has become too important to resist.

As Chad Beynon, gaming analyst at Macquarie Group put it: revenues are all any governor is thinking about in 2021. “There is really nothing else you can legalise where you can get $300m per year,” he said.

Fourteen months later, Cuomo has signed a new bill to allow mobile sports betting. Albeit, his vision for the market is not shared by many.

Cuomo’s bill is for a near monopoly: it currently only provides for two mobile operators, and a minimum of four skins (although it is currently unclear if skins will have to use the technology of the platform providers).

We want it to be “like the state lottery,” said Cuomo, “where we operate it and we get the resources.”

Each provider will pay $25m for each 10 year license, run their sports betting servers within licensed casinos, and pay those casinos a further $5m a year.

The application process is equally atypical. Proposals can be submitted by prospective operators for 30 days during July this year, which will then be considered for another 150 days, though a decision may be made sooner. And any platform provider that partners with one of the state’s three tribal gaming partners will be given special consideration in the tender.

Crucially these providers will then bid with how much of their profits they are willing to share with the state: the minimum rate is 13 percent, but Cuomo says he wants a tax that is over 50 percent. Nevertheless, given the size of the prize, most expect the competition to be fiercely contended by the industry’s best businesses.

According to Senator Joe Addabbo, one of the state’s most active advocates of betting legislation, prospective operators will be weighed up on the basis of their ability to get quickly to market, expertise (especially in other US states), the ability to handle volume and the ability to work with the idiosyncrasies of New York.

Such criteria will inevitably “narrow the scope” of possible bidders. “I don’t think that New York is looking for the novice provider, one looking to crack into this mobile sports betting industry,” he explained.

“I think that’s the right perspective for New York to have, unique to it in the sense that it’s catching up to other states. So they’re not going to want the novice, they’re going to want the top premier provider so that, on day one, we’re operating at hopefully a maximum potential.”