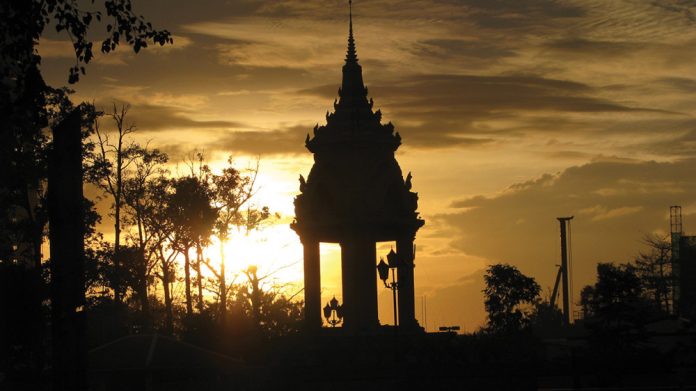 Unable to take bets from local players, foreign tourists and, thanks to the unfortunately timed online ban introduced in 2019, also the world – Cambodian casinos have been forced to turn to the resident diaspora to attract revenues.

The few remaining casinos in Cambodia are turning their attention to the approximately 100,000 expats there, to keep the lights on through covid – and any travellers that have been stranded in the country since the crisis began.

Having relied almost exclusively on cross-border activity, the country’s casinos sector has struggled immensely with the impact of the coronavirus. The spectrum of venues in Cambodia broadly court two kinds of customers: in-bound air travellers for the VIP room in high stakes resorts –- but also the hordes of Vietnamese and Thai citizens, for whom gambling is largely illegal at home, who routinely make short stay trips across the Cambodian borders to place bets.

This impact has been wickedly compounded by the unfortunate timing of a decree from the prime minister, Hun Sen, at the end of 2019 – just before the virus was first reported – which banned landbased casinos from utilising additional (and effectively untaxed) online operations to supplement (and indeed some cases, provide the lion’s share) their income – by targeting players abroad.

The double impact has seen tens of thousands of Chinese nationals flood for the exits as the remaining online studios were being raided and seized, and subsequently denying many venues of crucial, and often tax free, revenues.

Moreover, given gambling is still illegal for local residents in Cambodia, the remaining casinos have had to rely solely on the foreign diaspora who chose not to return to their home countries when flights were beginning to be reigned in by March last year.

Lee Bug Huy, who was recently appointed CEO of Cambodian casino operator, Donaco, told investors in March that the company had managed to stay afloat by tuning its offering to this different sort of client.

“We have executed an effective strategy during the [first half of the 2021 financial year] which has led to a return to positive EBITDA. We did everything we could during the first half to fix what had to be fixed internally and we are now ready to move forward once the COVID- 19 situation improves,” he said.

The firm has also made a number of changes to its slot business, Vegas Slot, after testing poorly with the current demographics.

“There were a number of changes to slot machines provided [by previous management] which were not well received by clients, so the new management has restructured the machines to match the requirements of our target clients,” he remarked. “We believe that as a result of this, our slot machine business will improve.”

Cambodia’s casinos sector has dwindled since the online ban, and yet more since covid. The country’s Finance Deputy Director Ros Phirun disclosed that the sector had generated just $40m in taxes in 2020 – less than half of the $85m they made in 2019.

“As we’re all too well aware, the Covid-19 epidemic began in late 2019 and persists to this day. It’s pulverized all economic sectors, and the casino industry has sustained a crippling blow as well,” said Phirun.

“Practically all of our casinos ceased operation in 2020, with only just seven or eight left scrambling to keep their businesses afloat. That’s why our revenue collection has dropped so much.”

For Donaco’s Lee, however: not only is the pandemic drawing to a close and tourism set to resume in the not too distant future, but with casino legislation and construction failing to materialise in either Thailand or Vietnam, Cambodia looks to retain its effective monopoly on gambing in the region for some time. There is a light tending the tunnel:

“We anticipate this will be a temporary short-term impact, outweighed by a positive long-term outlook for the business as vaccinations commence in Southeast Asia in the second half of the year,” he said.

Local media had been abuzz with the news that Thailand would legalise casinos in the near future, after the Prime Minister there Prayut Chan-o-cha in January, said he would consider the measure to stem the growing number of illegal gambling dens. As Thailand is a far more superior travel destination – and the Thais themselves, big spenders in the casino border towns of Poipet – such a policy would pose a major threat to Cambodian casino revenues going forward.

However, Lee assured there is little chance of this happening soon. “At this stage we do not expect the Thai government to legalize gambling in the country.”

Meanwhile, in Vietnam, the opening of large scale casinos has been promised for many years, but resorts have suffered ongoing delays to projected launch dates for multiple reasons, unrelated to covid. Yet the impact on travel and subsequent investment will likely hamper the roll out of a competitive gambling market there.