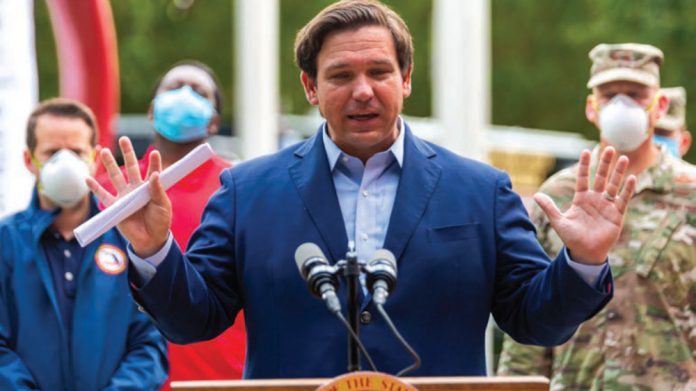 Florida governor Ron DeSantis has hailed a landmark deal giving the Seminole Tribe exclusive rights to sports betting. But with rival interests locked out of the multibillion dollar sector, the weight with which they will test this new legislation is likely to be commensurate.

The sports betting deal struck between Florida governor Rick DeSantis and the Seminole Tribe in April was hailed as a political masterstroke for ending many years of deadlock in the lucrative market.

The revised 30-year compact offers the tribes a full monopoly on sports betting in the state with 20 million residents – and 130 million tourists each year – in exchange for an estimated $500m contribution to the state coffers.

However, while the state-side of the bargain is substantially higher than sports betting models in other US jurisdictions, the news that no other stakeholder will be allowed to take part in the massive market has left the new deal vulnerable to myriad legal challenges from those who oppose it.

And given Florida’s complex legal gaming history, there are various ways in which the compact may become undone.

The premise of the deal is that Seminoles would control online sports betting in Florida via servers held on tribal land, and then free to subcontract parimutuel operators on a 40-60 revenue share, with 14 percent going to the state in taxes. For this to reach anything close to $500m a year of course, it is crucial that anyone in Florida can place bets anywhere.

The legality of this essential provision will be hotly contested, according to Florida-based gaming lawyer Daniel Wallach. Referring to the Indian Gaming Regulatory Act, which this new compact subserves, tribes are only permitted to allow gambling on “on tribal lands.”

“There’s no ambiguity,” Wallach said. “It’s not the server. It’s not the administrative off-site. It’s the roll of the dice. It’s the actions of the gambler.”

The tribes beg to differ. Jim Allen, both chief executive of Seminole Gaming and chairman of Hard Rock International, assures that under this new agreement, tribes will be able to take bets from Floridians all over the state.

“It’s our feeling, and we certainly have talked to the Department of the Interior, as long as the servers are on sovereign land, we are within the boundaries of the law. I certainly recognize that there are many companies that are trying to derail this,” he told local media in late April. “Obviously if someone challenges that legally, then we’ll have to go through the process.”

Indeed, with Florida shaping up to be a multi-billion dollar betting market, the force with which rival interests will be willing to pry open any holes in the legislation will be commensurate.

Wallach described the issue as about “as open and shut a case as it gets in gaming law,” adding that it was “absolutely confounding” that the state would agree to something that could be challenged so easily. 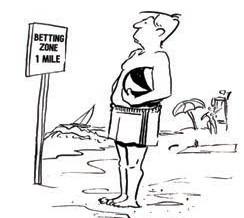 Furthermore, the constitution, which was amended in 2018 to require any expansion of gaming to first be approved via referendum, could not be used to block the compact. However, few favour this approach, or see legal merit, other than the now impoverished anti-gambling contingent in Florida, who prefer to see betting bills blocked altogether.

Echoing other stakeholders, House Speaker Chris Sprowls, was adamant that the constitutional requirement “didn’t apply” to tribes – as the amendment affords the state to negotiate with the tribe to allow gaming on their lands.

However, even Sprowls concedes the new deal is not watertight, and is more accurately a work-in-progress. Florida gaming is “kind of a hodgepodge of laws,” he said. “So we’re going to take our time.”