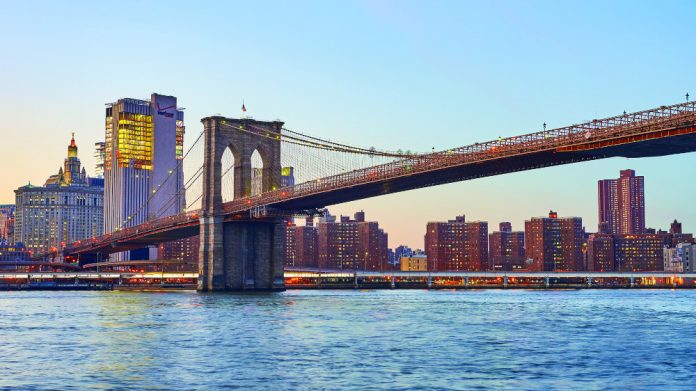 Verizon hopes sports gambling will help it make good on old promises: both in forging a future for virtual reality in sports, and cross-selling its vast Yahoo Sports user-base into more lucrative activities.

In a rare move for a telecoms firm, Verizon is making a major play for the sports betting boom in the US, and potentially much further afield too.

The tech giant made its first foray onto the space with a deal that saw the BetMGM app (the $500m love child of MGM Resorts and Ladbrokes owner, Entain) integrated across all Verizon’s Yahoo Sports products. With 900 million users the contract makes Verizon a quasi-operator of potentially mammoth magnitude; in certain states Yahoo users can gamble using the app without actually leaving the Yahoo Sports page.

The firm is now upping the ante with an even more proactive deal signed just before Christmas with Entain, vowing to work on the new generation of gaming products: a VR platform that integrates live sports with layers of data and gambling. The goal is to create an immersive experience where sports fans can view games, check stats, place wagers and socialise, all within the same platform. The new partnership will enable gambling through all Entain’s brands which include Ladbrokes, bwin, Party Poker and others.

“To win in the future we need to understand where consumers will be in five, ten years’ time and work with other global businesses also investing in that,” Entain CEO Shay Segev said in a statement. “We envisage consumers meeting at a game with friends, who could in fact be elsewhere, using virtual reality headsets to watch, interact and share the experience together and, potentially, compete between themselves at halftime or feel like they’re on the pitch with the players.”

Virtual reality has been a nascent promise for gambling, and the sports media sector more broadly – yet so far the timescales haven’t lived up to the hype. The NBA broadcast its first game in VR back in 2015, at a time when Goldman Sachs projected that VR revenue could outpace TV revenue by 2025. This looks unlikely from the vantage point of 2021, although various sports teams have publicly discussed the possibility of an infinite number of courtside seats in people’s living rooms. Few consumers have brought the technology into their homes yet.

Verizon perhaps has more pressing interests in making a proper bid for the betting market. The firm acquired Yahoo and AOL in 2019 for a collective $9bn – but neither asset has stood the test of time in the intervening periods, and have lost considerable ground to rivals Facebook and Google. In confusion over whether Verizon should integrate its consumer base into diminishing brands, Verizon had to write off $5bn, cut jobs and sold-off both Tumblr and the Huffington Post.

Head of Verizon’s, media division, Guru Gowrappan, described the gambling move as “closing the loop” – by delivering its 900 million worldwide users towards more cash generative activities. With many of these users being exclusively in it for sports, and a chunk of those already playing its fantasy products, the job should be relatively straightforward.

“We know you consume sports scores and content and you also use Yahoo Fantasy sports, which is more like gaming. The next step for you is to go bet,” Gowrappan explained.

Another media mammoth, Fox, is proving to be one of the most formidable gambling operators in the US already – by emulating the Sky Bet model of mixing broadband pay-per-view and wagering. With Verizon’s vast and sports-centric customer base it could well be one the beat as the market unfolds and new technologies hold more of a sway.

Referring to Verizon’s NFL relationship, its 5G technology and its loyal band of millions of Yahoo Sports users, James Kilsby, managing director of Vixio Gambling Compliance, said that America’s number one phone company already “ticks a lot of boxes” to become one of the largest players in the rapidly expanding US betting market. Moreover, as betting is now an “overridingly mobile experience”, he says, media and telecoms companies are primed to be the next disruptors.