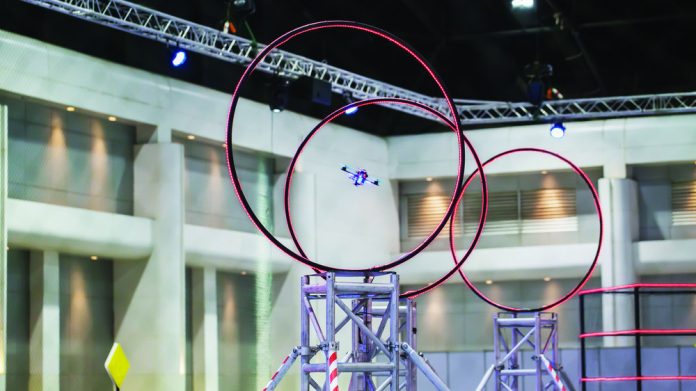 Having long foretold the peculiar but pragmatic potential of betting on drones, Lorien Pilling of Global Betting and Gaming Consultants, notes that one major US operator is beginning to take bets on it across at least five states.

DraftKings will begin taking bets on drone racing, starting with the championship of the Drone Racing League. Betting will only be available to customers in five US states: Colorado, New Hampshire, New Jersey, Tennessee and West Virginia.

GBGC first wrote about drone racing and its potential as a sport upon which to bet in 2016, shortly after the launch of the Drone Racing League.

At the time GBGC highlighted the sport’s appeal, describing it as “betting for the Star Wars generation”:

• Fast-paced live or pre-recorded sports action – 70mph drones
• Thrills and spills without concerns for human or animal welfare
• First person viewing makes viewers feel part of the action
• Regular and frequent events – the drones don’t get tired
• An element of form, skill and personalities in the pilots flying the drones
• An appeal to younger, non-traditional sports fans

Drone Racing League President Rachel Jacobson explained, “The opportunity for us to elevate our engagement through all forms of gaming and gambling will only increase as mobile betting becomes more adopted across the country.”

DraftKings believes there is a market for betting on drone racing. Free-to-play contests on drone races were offered in 2020 and the participation was reportedly 30% higher than usual for a new sport introduced to the betting platform.

The company reports that consumer research finds that drone racing fans are three times more likely to place a bet than fans of major sports leagues. Furthermore, fans of drone racing are 90 percent more likely to be interested in sports betting in general than the average sports fan. Draftkings plans to offer both pre-match and in-play betting on drone races.

1. The repeal of PASPA in 2018, which allowed US states to regulate sports betting, including digital channels.

2. The COVID-19 pandemic in 2020, which disrupted much live, professional sport and gave an opportunity for esports to fill the void.