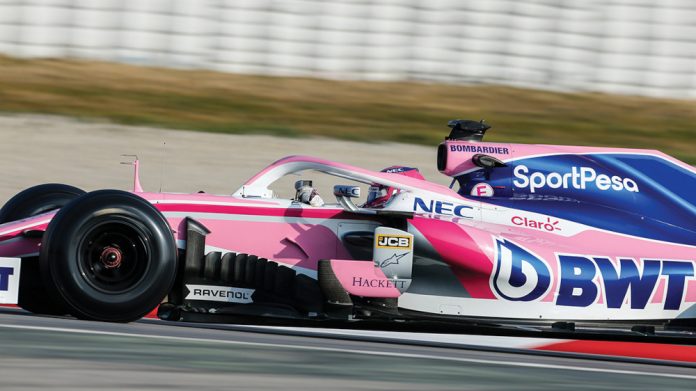 As Sportpesa remains mired in legal challenges over the potential mismanagement of corporate funds at home, it fails to submit its financial returns by the end of 2020 deadline in the Isle of Man – where two key service providers have now cut their ties.

Kenyan betting giant, Sportpesa, could lose its Isle of Man tax residency after two of its UK-based agents severed ties.

The first company to withdraw its services was Equiom, a registered agent on the island jurisdiction, which since 2015, has maintained Sportpesa’s company records and other corporate services. The second was a law firm based in London, Ince GD Corporate Services, which has acted as its UK company secretary since 2017.

None of the three parties have offered an explanation for the terminations, however, both providers have now filed notices at their respective company registries in the Isle of Man and the UK.

The developments could prove costly for the already troubled bookmaker. Equiom had been vital in fulfilling Sportpesa’s obligation to have a registered agent in the Isle of Man “at all times” for it to remain incorporated on the island. Equiom notified SportPesa of its intention to resign in December, giving the company eight weeks to find a replacement in line with Isle of Man company law.

Such incorporation was the base from which Sportpesa could target customers in international territories, including the UK, while enjoying a zero percent corporate tax rate and minimal public disclosure of its financial information – which authorities in Kenya have been disputing since 2018.

How this severing of UK ties play into current disputes remains to be seen.

Sportpesa has been mired in controversy over the past 18 months, after it came into conflict with various regulatory and tax bodies in Kenya, before spending much of the next year banished from the domestic market.

The firm made its comeback in the autumn by coupling itself to another firm’s licence. However, it was barred again that very same day after allegations by another of the company’s founders protesting corporate fraud and mismanagement of funds.

While Sportpesa operates in a number of global markets, it’s Kenyan operations were thought to make up around 95 percent of its revenues. Trouble at home, in which its website was blocked and payment processing with customers cut off at source by order of the Kenyan regulator, the firm has been starved of income for many months.

Sportpesa was formed through a coalition of Bulgaria and local investors in 2014, and quickly rose to prominence with the rise of mobile money betting in kenya.

It opened a hub in the Isle of Man the following year, and a new European headquarters in Liverpool in 2017.

By 2018, just four years after formation, SportPesa was handling over £1.15bn in bets, and bagged major sponsorship contracts such as the English Premier League club, Everton FC, and the Racing Point Formula One.

Come 2019, the firm had become mired in allegations by the tax authorities in Kenya, who accused it of shortchanging them around £130m – and was summarily barred from the market.

Now the firm faces a complex legal challenge from former shareholders over illicit transfer of funds, ownership disputes and the muscling out of dissenting shareholders.

Paul Ndung’u, the company stakeholder that raised the allegations of corporate fraud in October, is reportedly now being squeezed out of his ownership of the firm. Ndung’u claims that key shareholders in the firm, namely the Bulgarians and chief executive Ronald Karauri, of hijacking the board and making irregular transfer of billions of shillings to offshore accounts. Latest filings in the UK show that Ndung’u’s stake has dropped to 1.54 percent, down from 17 percent when the multinational was incorporated in 2017. The ownership of certain other shareholders has risen commensurately: those of Karauri are up to 9.8 percent from the original six percent; while Guerassim Nikolov’s are up to 35.8 percent from 21 percent.

“Sportpesa Global Holdings Limited is now owned by the Bulgarians after […] transferring Asenath Maina and Paul Ndung’u shares to themselves. The matter is due in court,” Ndung’u said. “Kalina Karadzhova and Ivalyo Bozoukov continue diluting the major Kenyan shareholders with abandon.”

According to Ndung’u, the valuable Sportpesa trade name was transferred from the original parent company, Pevans, to SPGHL for £100,000 – then moved to a new firm, Milestone Games Limited, a new company whose ownership excluded Ndung’u and Maina – not only to shake off the investors, but also to sidestep tax disputes.

However, SPGHL has not published its 2019 financial statements which were due by December 31, 2020. “The banks in the UK had requested SPGHL to close their bank accounts because of suspected money laundering and suspected tax evasion and price transfers,” said Ndung’u. “The only place SPGHL could open a bank account was Isle of Man where they opened an account with Standard Chartered Bank IOM.”