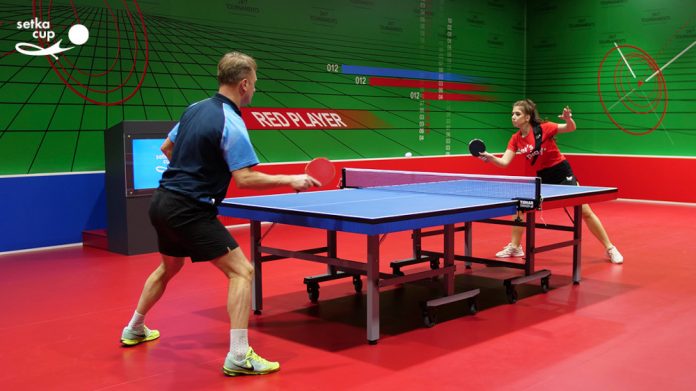 All rooms at locations are named in accordance with a specific concept. Lviv rooms have the names of the most influential cities in ping-pong history – ‘London’ and ‘Beijing’. ‘Beijing’ has an area of 8×16 meters and today is the largest of all SETKA CUP rooms.

“This new location enables us to hold tournaments of all levels. In addition, we will expand the table tennis community, which already consists of more than 550 rated players and 5,000 fans,” Denys Kalachevskyi, SETKA CUP tournaments organizer, said.

SETKA CUP holds 6,500+ matches per month. All games are dynamic, have an average duration of 30 minutes, and combined with live analytics and detailed player statistics. Each game can have up to 20 markets.

“We have 24/7 live streaming, and up to 7 table tennis games happen simultaneously. Our athletes don’t play more than three days in a row and can’t participate in more than one tournament per day. It helps to avoid sports injuries and professional burn-out. And of course, we comply with all the quarantine rules and check the health of our players daily,” Denys added.

Only three people can be present in a room during the game: two players and one referee. This rule helps prevent any influence on players and avoid any possible interference in the game’s outcome.