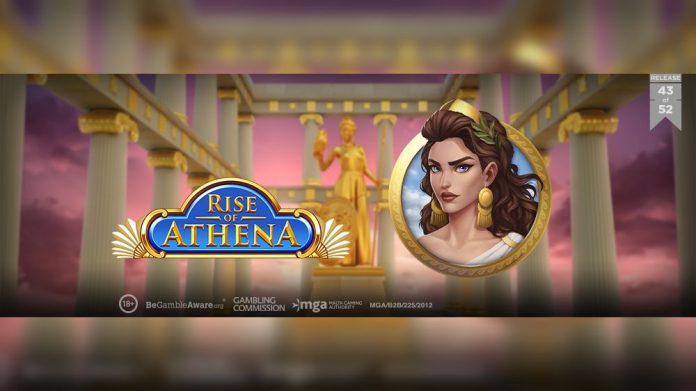 Play’n GO once again set the pace, with a double release deep into Q4 of 2020 that sees them debuting a slot AND a bingo game in the market simultaneously.

The first title, Rise of Athena, is a 5×3 video slot based on the mythological Greek goddess of Wisdom and featuring various symbols from her lore, including Athena, Pegasus and her owl Glaukopis.

The second game is Viking Runecraft Bingo. The game is based around the hugely popular 2017 slot Viking Runecraft. The focus is on another set of mythological figures; the Nordic gods Odin, Thor, Frey and Heimdall.

Both games are based around two popular mythological themes in the world of slots, and two themes under which Play’n GO have released several successful titles. The main reason for this success is attributed to the detail with which the supplier craft their game narratives and these titles look to be no different.

Play’n GO are once again making the statement that, while many other suppliers in the industry are winding down and preparing for next year, they intend to keep providing quality content to the markets throughout the remainder of Q4.

CPO Martin Zettergren had this to say: “This isn’t the first time we’ve had multiple releases on the same day; we have built ourselves into a position where it is well within our capacity to deliver more than one high-quality title into the market simultaneously. Of course, these are two different games giving two different experiences, giving more new options for operators to entertain their players, and that’s what it’s all about.”

With only weeks to go until the year closes, it seems Play’n GO will continue to dominate the markets and enter the new year in fine form.

Rise of Athena and Viking Runecraft Bingo are both available to play today.