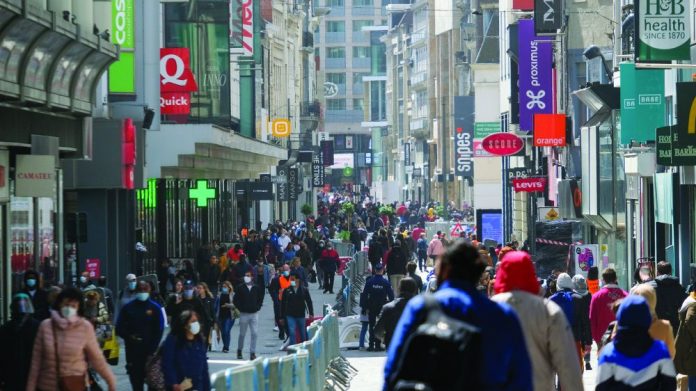 Developed economies are noticing huge disparities between which sectors are recovering after lockdowns, and which are not – a K-shaped trend which the gambling industry is struggling to escape.

The dogged persistence of the coronavirus is throwing cold water over hopes for a comprehensive V-shaped recovery, as some sectors continue to fare far better than others.

In Britain, after a dearth in economic activity through April, GDP expanded by 2.4 percent as soon as lockdowns were eased, and then by 8.7 percent for the month of June. By August however, even as life returns to something resembling normality, analysts are increasingly observing a recovery shaped more like a ‘K’: certain sectors keep gaining, while others go deeper into recession.

The stock market as a whole is soaring, driven in the main by central bank policy and tech companies’’ ability to operate through lockdown. Asset prices (eg housing) and as those that can switch to remote working models, the lion’s share of skilled and professional work is also thriving in many developed markets. On the other hand, energy, travel, retail, hospitality and leisure – and the bulk of unskilled employment – all continue to tank by an inverse degree.

Referring to the US market, Bloomberg’s John Authers noted that “internet retailers are up 40 percent in round numbers since the previous top, and hotels, resorts and cruise lines are down by the same percentage.”

In UK gambling, the trend was amplified by the sudden return of sports, which, according to the Gambling Commission, caused a short sharp spike (up 115 percent) in real event betting between May and June. Online gambling as a whole was up by 17 percent.

Meanwhile, those products that enjoyed a substitution effect while customers were stuck in doors without sports to bet on – such as esports, virtual sports, poker (and to a lesser extent slots) – took an initial dip in June before returning to pre-covid trends.

The Gambling Commission suggested the lift was due to the return of the English Premier League football (along with additional free-to-air coverage of it) – but “should also be seen in the context of the lack of availability or reluctance of some consumers to bet in LBOs.”

Betting shops, which were already under pressure due to a combination of new regulations and falling high street footfall in recent years, have been hit acutely hard.

For the larger multi-channel firms, the shift is only an amplified and accelerated version of what they have been grappling with for some time. GVC, which closed 227 shops in the past year, saw revenues fall 11 percent in H1 – even as online sales rose 21 percent. William Hill says it will close an additional 119 betting shops due to covid, on top of the 700 branches shut last year. Yet the overall outlook is positive in both cases; just as many smaller operators, those without other channels to support them, are giving up the chase.

This exacerbates another K-shaped disparity emerging between larger and smaller firms. As more activity moves online, and physical proximity to customers ceases to be an advantage, firms with heavier brands and more visibility attract commensurately greater traffic and spend.

The GC figures show a small number of top tier operators accrue 80 percent of UK online revenues, and around half of all player accounts. Moreover, as Regulus Partners points out, the value of these accounts is far higher, with an average revenue per user of around £300, compared to smaller firms’ ARPU of just £70. This structural divide, they say, is more likely to get worse.

“What this effectively means is that larger UK-facing businesses don’t just have customer volume but also share of wallet – which provides a viable, sustainable business model,” they said. “Conversely, the likelihood of an operator making any money on a £70 ARPU given that most are at a CPA and (to a lesser extent in gaming) product disadvantage, is close to nil.”