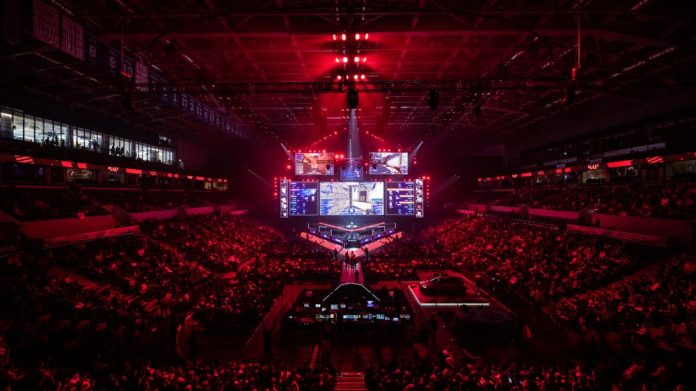 When Parimatch looks for ambassadors, they favour the bold; Connor McGregor, Mike Tyson, and most recently, Daniil ‘Zeus’ Teslenko. However, while the former two are revered for their physicality, Teslenko is famous for equal shows of fighting spirit in esports – a market that Stepan Shulga, Head of Esports at Parimatch, believes will be in the top three for sports betting by 2021.

Parimatch has shown its ambition to remain at the forefront of the esports betting market with the appointment of Counter Strike 1.6 and CS:GO legend Daniil ‘Zeus’ Teslenko as brand ambassador.

Sticking to its philosophy of signing ambassadors who share the brand’s abundance of fighting spirit, Parimatch’s announcement of Teslenko signifies a continued belief that esports will continue to move up the charts as a sports betting market, and Stepan Shulga, Head of Esports, wants Parimatch to remain a leader of it.

“We have long been at the forefront of the burgeoning esports industry, recognising its growth potential early on and paying it the same amount of attention as traditional sports. A significant proportion of R&D at Parimatch is focused on developing esports features to dramatically enhance user experience, which is why the brand is considered to be one of the top esports bookmakers,” he explained. “Having ambassadors in different sports is a great practice, but we think it’s especially important to have ambassadors that exemplify our values of fighting spirit. Daniil is a unique sportsman, his career spanned two parts of the history of the legendary game Counter-Strike, he was the world champion in version 1.6 and reached the same heights in the current version of CS:GO. To do it twice, in different eras, shows more than just talent; it displays an elite mentality, and that’s why we brought Daniil on board.”

And it’s stars like Teslenko that have been pushing esports to new heights in 2020, with many analysts predicting that it is now on track to becoming the world’s most watched sport. It’s trajectory as a betting market has followed this upward trend, and Stepan expects to see esports overtake many of the more traditional markets by 2021.

“We are sure that esports is already in the top five sports worldwide if we talk about all sports betting globally,” he continued. “Our expectations are to see esports in the top three games in terms of turnover by 2021. The quarantine and global lockdown only strengthened our hypothesis that investing in esports is justified.”

Indeed, Parimatch invested in esports relatively early on in its journey to becoming a fully-fledged sports betting market, and it has found success by focussing on quality over quantity.

“More often, the average rate in esports is higher than in traditional markets, such as football, where naturally there is a much more significant volume,” said Stepan. “In football, it is also more obvious how to engage the audience of an event, and there are thousands of events with thousands of different audiences. In esports, there are much fewer events, and the audience, while large, can be harder to engage. Our challenge is to find the key to the audience, speak the same language with them, and give them the quality of service and product they expect.”

Another challenge for operators that separates esports from traditional sports is the lack of centralized regulation. Stepan explained that in sports, there is a governing force in the form of federations that have an established hierarchy and structure. In esports, there is no such authority yet, and that makes it more difficult for operators to establish a large supply of fixtures for customers to bet on. The events that Parimatch do offer, however, are always backed by reams of data and statistics to provide customers with a full view of the field.

“The most interesting aspect of esports is the accessibility of detailed data; about players, teams, and all sorts of various statistics,” concluded Stepan. “We always give our players the maximum amount of information relevant to them on all devices, as esports fans know how much fine margins can matter when it comes to winning or losing.”

With another natural born winner on its side in Teslenko, Parimatch has shown customers that it remains committed to leading the way in esports, while indicating to the industry that the market is well worth its attention and investment in 2020.