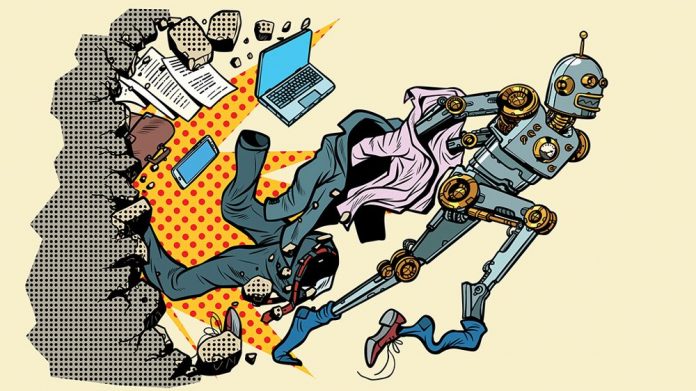 Speaking at the digitised ICE North America conference in mid-May, Simon Holliday, Founder of H2 Gambling Capital, offered a nuanced projection for how the industry is likely to recover through 2020 and beyond.

Three months on since the first casinos began to lockdown, the coronavirus pandemic has become more consequential for the gambling sector than any event in living memory.

Speaking at the ICE North America conference mid-May, H2 Gambling Capital’s founder, Simon Holliday, said his 2020 forecast is only the second one to feature a downgrade in 25 years.

“We’ve been asked many times whether there are any precedents or benchmarks to look back at that have affected the industry like this,” Holliday explained. “The only similar events in my time in the sector were the outbreaks of SARS, Ebola and MERS – but between them they only had five percent of the deaths we’ve already seen from Covid19.”

Notwithstanding, the most consequential of these (the SARS outbreak of 2003) was isolated to a region which, at the time was only the eighth largest gaming market worldwide – and so had no “real material impact on the global industry.”

In stark contrast, after just 14 weeks since H2’s first downgrade in January, the forecast for 2020 is already 20.6 percent down on its pre-covid projections – with global GGY expected to be closer to that of nine years ago.

Moreover, much of this analysis is “underpinned” by the IMFs GDP forecast, Holliday conceded, “who we believe are quite bullish: they’re only forecasting global reduction in GDP of three percent this year, and a bounce back of 5.7 percent next year.”

“It could be better or it could be much worse,” Holliday warns. A lot hangs on the prospect of second waves, and for gambling and the wider leisure sector, the materialisation of safety regulations and consumer behaviour.

“Some people are referring to a rebooting of the economy, others have been talking about a return to normal or a new normal,” Holliday adds. ”If we look back 100 years to the global pandemic then, social distancing lasted a year, or 18 months in some places, after the outbreak finished.”

“I think when we reboot we will find we have a completely different operating system. Your software is not going to simply update. If you were using windows before, you’re going to reboot your computer and find you have a Mac.”

Initially H2 is projecting a short term surge in land-based gaming as restless consumers flock to social environments. “But don’t be fooled: this is pent up demand and probably still a minority of people. In the longer term, we think more people will be hesitant to go to public spaces.”

Travel restrictions may also lag, as will the recovery of the airline sector, both of which will asymmetrically affect those businesses further from their customers. Even if and when customers do arrive, the experience they were accustomed to pre-lockdown is likely to be tarnished by social distancing and other health requirements.

“Then there’s the economics,” says Holliday. “The positive side for the online industry is that for every recession we’ve looked at before, more consumer spend happens in the home.

“However there is less of that consumer spending to go round.”

While the online industry has been picking up some of the slack through lockdown, the long-term benefits will likely vary from region to region. “The industry has always been more successful in terms of positive regulation momentum during downturns,” Holliday considers. “The US is in offense mode. We expect to see an acceleration of sport betting, and additionally of igaming bolted on to that because states need taxes.”

In Europe, however , where the industry is “on a more defensive footing” – it needs to “return to the front foot.” “Even since the start of this covid outbreak, we’ve seen a number of regulations come into place to curb the online side of the industry. There is a danger that they could stay, and of continued regulatory creep. “In the meantime players could be driven underground. There’s a need to define the optimum market in the meantime, change the conversation, and put forward something that works for all: governments, players and operators.”