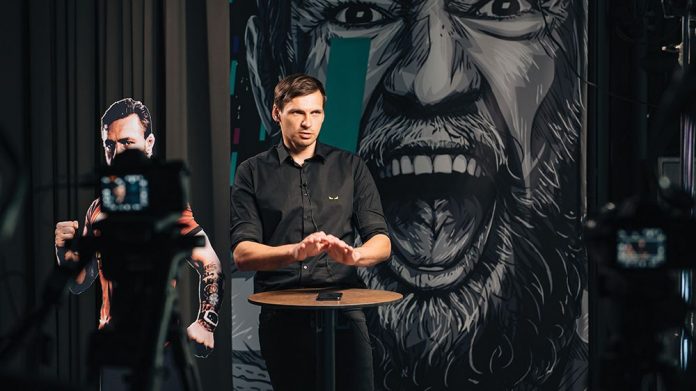 Highlighting the importance of remaining calm under pressure at Parimatch’s first external owned event ‘PM GO 5.0’, Sergey Portnov, CEO of Parimatch, revealed how the leading bookmaker has adapted well to the current crisis by strengthening its weak spots and finding solutions to the lack of sport to offer odds on. there is, however, no substitute for the real thing.

“Start with being calm” began Sergey Portnov in his answer to a viewer at last month’s PM GO, where the Parimatch CEO was asked a question on how to increase opportunities and minimize losses during the current global crisis.

In the first ever public PM GO, which had previously just been an internal event, Portnov detailed how the crisis had been affecting the operator less than other bookmakers in Europe and the US, which he put down to Parimatch’s effective adaptation to the new realities. The company has used the crisis as a source of inspiration; for improvement, for innovation, and for developing a strategy to come out ahead once the crisis ends. But, Portnov emphasised, it all starts with being calm.

“If you are calm, the crisis will not put pressure on you. This crisis affects people differently. Some people are afraid of losing their money, losing their business. Some people just give up, they get lazy and depressed. Different emotions arise,” he explained. “Guided by emotions, people make the wrong decisions. They shift their strategy too soon. They may fire many people. They may just act rashly under the pressure of circumstances. The starting point is to stay calm. It will protect you from external pressure. This pressure may come from your closest people, from your relatives or partners. You need to filter out the truth from fears and pressure of circumstances. A person who can distinguish between truth and artificial pressure will be right in his decisions. No result is guaranteed, you just don’t need to make decisions under the influence of emotions. That’s the main thing.”

It’s a philosophy that has worked well so far, with Portnov confirming that the crisis has affected Parimatch less than other bookmakers. The main issue for the betting industry is a lack of sporting events that casual players actually care about, and that problem is no different for Parimatch.

“There are no big brands, no Manchester, no Ronaldo, no Federer, no Djokovic, no Lakers, no Chicago Bulls,” said Portnov. “With no leading sports figures and no casual games, only those who don’t care about what to play have kept on betting. All bookmakers have been affected. Some of them withstand better, some of them have modified the business model, learnt to earn through online casinos, and added alternative sports, such as bets on FIFA, bets on table tennis, etc.”

Portnov believes Parimatch is one of the few leading operators that is adapting well to the crisis. When he looks West, he sees big brands such as William Hill and Bwin in a much worse situation, evident from their stocks declining by 75-85 percent due to the pandemic. But that’s not to say it’s easy for Parimatch. Portnov confirmed the company’s profitability has declined, and that it may have to just break even for some time. However, while profits may be down, investment in improvement and innovation will be ramped up at Parimatch.

“Optimize, find the weak spots in the company, and fulfil your long-time promises to yourself, regarding technical or other issues,” said Portnov, answering another viewer’s question. “We will improve our drawbacks, and when the crisis ends, we will be one step ahead of everyone else, who are suffering and can’t find the way out.”

One type of sporting event less affected by the global crisis is Esports, and this is a market that Parimatch had already prioritised even before the pandemic began. The operator has consolidated its position in the market over the last 12 months, putting together a “serious team with serious leaders in Esports” to show its commitment to the sector.

“Esports is here to stay,” emphasised Portnov “It’s not just a temporary attempt to hype, it’s in our DNA. It’s our top priority.”

Parimatch also offers a casino product, which has been one segment of the industry that has proven immune to the current crisis. However, Portnov is not satisfied with being one of many; he wants Parimatch to be different. This means being creative and taking risks, with one idea at Parimatch being to launch its own unique sports.

“Maybe we will create our sports, if it is interesting for our players,” said Portnov. “It’s possible, because people like betting and they want to win money. There are fewer and fewer opportunities, so maybe we will create something. Maybe we will place a goalkeeper and a player will take penalties 24/7 if it is interesting for people. Everything is possible, especially in a crisis, because it inspires ideas. When everything is good, such things don’t come to your mind.”

Despite Parimatch’s knack for innovation, there is no substitute for the real thing; The Champions League, the NBA Finals, the start of the (American) Football season. Sport is the lifeblood of the betting industry, and bookmakers are as desperate as fans to see it return.

“Everyone’s waiting for the big sports to resume. It doesn’t matter whether it will take place at the stadium or at the event hall. We don’t care, we just need a picture and a match with an official result,” continued Portnov. “I believe that the sports will adapt to the new world. But we don’t know what will happen in autumn, maybe it all will happen again, but the sports industry will be prepared.”

Indeed, Portnov believes that once the conditions necessary for continuing games have been established, it will be full steam ahead for sports leagues and broadcasters. The Bundesliga has already announced a return for 16 May, and Parimatch will be ready to offer its players odds as soon as the games are announced. In the meantime, Portnov is developing Parimatch’s marketing strategy, securing new sponsorships, and finding fresh faces to join the company’s already legendary line-up of brand ambassadors that includes Conor McGregor, Mike Tyson and Alexey Oleynik. New names mentioned at last month’s PM GO included Dwayne ‘The Rock’ Johnson and Jason Stathom, two Hollywood hardmen that, like McGregor, reflect the core values of the Parimatch brand; high-energy, hard-hitting, and, just as importantly, cool under pressure. 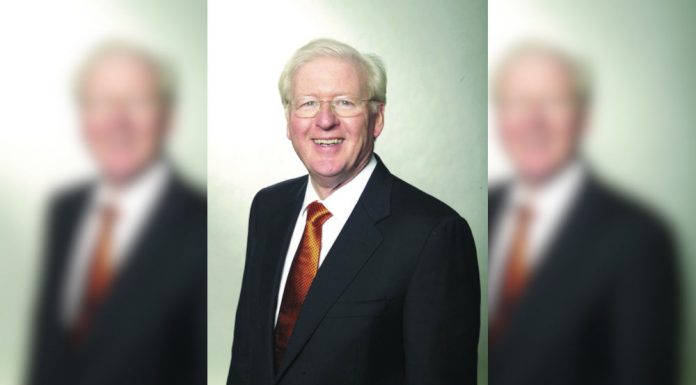