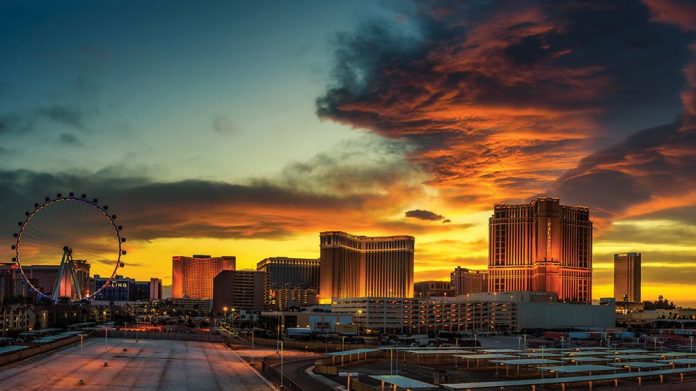 As casinos continue to eat through cash in an empty Vegas, many are eager to reopen their doors. While something like business as usual may soon return to Macau, many expect the impact on Nevada to be both longer and deeper.

Las Vegas welcomed more than 42 million visitors last year, and supported tens of thousands of jobs for those who serve them. With 50 percent of Nevada’s economy reliant on tourism an estimated one in three workers are either directly or indirectly employed by the casino sector. Throughout April however Sin City has become a ghost town. As casinos continue posting their current and projected losses, around 320,000 Nevada workers are expected to be negatively affected.

Analysts hark back to the Great Recession of the late 2000’s – an event that saw Nevada’s gaming yields in the naughties become a historic peak – for guidance in the current crisis. With a predominantly consumption-led economy, the impact on Nevada was deeper and longer than other states.

“It looks like that will be the same case this time around,” said economist Stephen Miller at University of Nevada.

According to the Nevada Resort Association, a casino-industry trade group, even a 30- 90 day closure will see casino companies lose $39bn across the next 12 to 18 months – as consumers continue to resist flying and mingling in crowded spaces.

Having never returned to their former glory, the financial collapse of the last decade ushered in a sea change in how casinos operate, and the states’ economy was balanced. Already there are signs this time could be worse. Nevada lost 170,000 jobs between 2007 and 2011; already by March this year 164,000 had filed for unemployment.

In the here and now, Las Vegas Sands has already begun posting heavy losses – both on the strip and in Macau. With revenues less than half what they were, the group says it’s down burnt $51m in the first quarter, compared to earnings of $744m the year before.

In a worrying indication of what Vegas can expect to come, Macau – where the virus has been far milder than in the states – is still feeling the impact of the two weeks in which venues were forced to close in February. Even after reopening, figures for March show gambling yield is still down some 80 percent.

Nevertheless, Robert Goldstein, president and COO at Sands, reckons revenues will return more quickly in Asia than in the US, as travel restrictions from China to Macau are lifted.

“I don’t think the Asian people have a problem at all,” he told analysts. “In fact, I think they’re going to welcome it and be anxious to get back to having fun. I believe that from the bottom of my heart, the recovery in Asia is going to happen rather quickly. I’m not as comfortable [about] Vegas.”

MGM has fared better. Revenues fell 29 percent in Q1 – although its China division in Macau were hit for 63 percent where its casinos are said to be burning through $1.5m a day – far less than they’re earning.

Nevada Governor Steve Sisolak hasn’t said yet when casinos will be allowed to reopen in Vegas – although he has indicated that the economy will be restarted in phases.

In Hong Kong life is slowly returning to normal, with consumers allowed to shop and eat out in restaurants, while observing added health precautions and distancing measures. This could make a huge difference to casinos, allowing them to mitigate losses.

“That’s what I hope we can do in Las Vegas as well and adapt to the new environment,” said Goldstein.