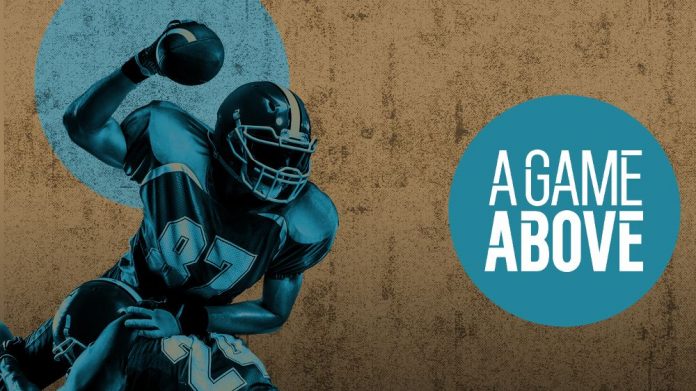 How to return players to their hobby of betting & gaming, by Steen Madsen, CEO of A GAME ABOVE.com 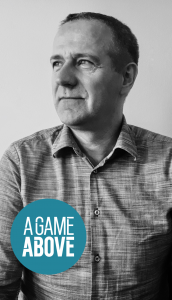 Like many developments in iGaming, the origin of current demands for stake caps upon iGaming can be traced to one place:

First to regulate iGaming, with the 2005 Gambling Act, famously liberalising the environment for gaming, generally, featuring “light touch” oversight and a preference for self-regulation, along with a reasonable gross profits tax regime of 15 percent.

The last few years, however, have seen the legacy of the 2005 Law somewhat sullied, both in the UK and globally, and the local media attitude in the UK supports regulation of the “name, blame, fine and shame” variety for licensed operators even concerning relatively minor infractions of gaming regulation, that are demanded be met by 7-figure financial fines. Recent announcement that the Gambling Act would be fully reviewed by the UK government comes, then, as no real surprise.

One can arguably pinpoint a single matter that led to the current malaise between government, industry, regulator, media and the public – collectively, the “Gaming Stakeholders” – in the UK:

More than any other area of gaming over recent years, this product vertical, and, in particular, the presence of roulette upon the same, created a virtual firestorm and clear notoriety for the industry, given concerns over frequency of play, high stakes potential, and player losses. The label of “addiction” was added to the debate, and the media and government, conflating several other issues, many of which were completely unrelated, effectively created a climate of hysteria which culminated in FOBT stakes being capped at GBP2 per spin. At the same time, the corresponding fall in Treasury tax revenue was to be “off-set” by raising remote gaming duty, across online gaming, by some 6 percent to the current 21 percent gross profits tax regime.

It’s clear from international gaming regulation to date that increased taxes on betting and gaming do not lead to more, or better quality, player protection. Nor do stake caps, which directly remove revenue from the industry, tax from Treasury, and budgets from gambling cessation, education and responsibility charities and initiatives, themselves funded, mainly, by the industry. In the debate about what stake caps achieve for the much-talked-of aim of “Player Protection” – itself not actually defined by any international regulatory regime – there has to be a clarity of focus upon the end user here: The Players. The desires, demands and expectations of the gaming industry, by those players, have been missed, and roundly misunderstood, in all of the negative discussion around “Gamblers”.

It was clear from the media reaction to the “victory” on FOBT stakes reduction, that stake caps would be an area of future tension between stakeholders across gaming, and the corona crisis has brought this issue into sharp focus, given much of the audience is working from home or off work altogether, staying home to self-isolate.

In the UK, Sweden, Finland, and many regulated markets, there are currently calls for stake and deposit caps to be imposed during the corona virus curfew and quarantine. We’re not naïve to think that these limits – if introduced – would just “go away” after coronavirus. Simply forcing stake caps upon the business, online and retail, will not facilitate the many objectives of any social law system, and rushing any legal change through will likely create more problems than it solves, especially given the fluid status of channelization in most licensed markets. Since a black market spectre hangs over all licensed markets today – with even Sweden, the most recently regulated market, complaining that up to a third of Players are searching for unlicensed sites that do not feature regulatory rules restricting bonuses, etc – any rush to re-engineer the dynamics of the business must be, rightly, resisted, without proper consultation and understanding amongst stakeholders, followed by truly “level playing field” implementation across licensed and unlicensed sites, alike.

Another Way: The Little but Often revenue strategy

Rather than simply waiting for another regulatory rule to be ridden over our industry, perhaps it is time to look to our history and establish what worked before and would work again, especially now.

Poker was the first gaming vertical to allow players to not just try the product, but continue to play it without issue, for free. Many laughed at the effectiveness of this model, at the time, but the brand that pioneered and perfected the free to play, poker training, and real play progression path for players – PokerStars – can be seen as the endgame winner, across that vertical.

PokerStars established what I term the “little but often” revenue model. No player was forced to deposit, nor aggressively pushed into ring or tournament play at levels above their own, self-selected stake choices. No player was excluded from poker room promotions or incentives. What was available to one, was available for all, including championships and challenges, and every player was a VIP – whether free player, real player or poker school student. Over time, given the focus upon product and promotion by the brand, players would come to real money in their own time, own pace and at their comfort level. Once they did, the little but often strategy came into its own: featuring must play promotions and events that captured customer interest, effected engagement and gave the audience a clear career path from their play. As their branding used to encourage: from Poker Player to Poker Star. Only a small share of customer wallet was required, in the clear understanding that players were also human beings, with other wants, needs and desires, that also cost money. Fundamentally, the career path established for each player, across a product environment filled with promotions, incentives and the drama of player versus player dynamics, meant that players found their way back to the site regularly. Very regularly, in fact, once marketing, CRM and ops worked together to present a playing hobby built upon one product to the audience – something which, with today’s multi-product offering from every gaming brand, we may not, ideally, know how to implement or position.

Returning players to A Game Above the gambling

In betting & gaming we need to move towards packaging The Product with The Experience, and seek new ways to turn the page for gaining, celebrating and retaining “players”, and not just “gamblers”.

At A GAME ABOVE, we’re committed to delivering a narrative of inspiring, entertaining and captivating stories for players, on behalf of brands, and alongside their marketing, social media and player relations teams – because we, as an industry, need to adapt to captivate and celebrate the audience, bigger and more receptive now, in this time of challenge and quarantine, than they have been at any point in our history.

Rather than await stake caps being forced upon us as an industry, it is time to innovate and re-engineer the little but often revenue model for today’s business, across many products, and in the shadow of regulation and media attention. My team at A GAME ABOVE are ready to help operators meet this challenge and create stories with their in-house teams that provide the playing path for customers, celebrate their achievements and create community. We already have the products to do this. Packaging them with The Experience – our core discipline at A GAME ABOVE – makes for a sustainable and responsible marketing approach that presents a career-path towards the playing hobby, one that justifies inclusion on social media because players are proud of what they’ve strived for, taken part in and achieved. Not just what they won…or might be embarrassed to admit having lost.

Welcome to A GAME ABOVE the gambling.

Steen Madsen is Chief Executive Officer of A GAME ABOVE