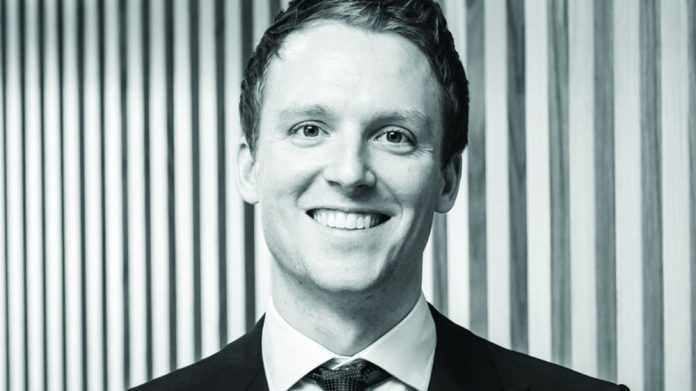 George Potts, Investment Director at NorthEdge Capital, discusses the increased appetite from private equity for games development companies and how businesses looking for additional cashflow can make themselves more attractive to investors.

The UK has a long history of making video games, with an estimated 2,300 active companies in 2018. The country plays host to talent across a full spectrum of games technologies – from mobile, PC and console to VR/AR, esports and artificial intelligence. With the global games audience estimated to hit $180bn (€180bn) by the end of 2021, it is hardly surprising that investors have found themselves increasingly attracted to a rapidly growing industry.

The sector is already one that we have seen significant activity, with three past and present portfolio companies with roots in gaming. When it came to each of these investments, we focused on the differentiation that each had in its market, as well as the strength of the management team and their chosen business model.

For example, we approached our investment in Cubic Motion with a simple thematic thesis that as a provider of “tools” into the rapidly growing games market, Cubic was well positioned to grow.

In getting into the detail, it became apparent that Cubic’s “tools” were and are non-commodity. The intellectual property behind them was developed by a team of experienced PhD’s (including an IEEE Test of Time award-winning CEO, Dr Gareth Edwards) and that creates a natural barrier to competition and platform to pursue expeditious growth.

In Cubic’s case, we were presented with an animation services business that could fundamentally perform facial animation to a higher fidelity, quicker and cheaper than in-house animation teams at a Rockstar or Activision Central – a compelling pitch.

We had a similar thesis with Sumo Digital, where we backed Carl Cavers on the first chapter of an incredible growth story, which although now producing IP, was originally providing art into predominantly Microsoft and Sony IP.

Fundamentally, any firm that proffers either unique or better “tools” into this end-market, appears well placed. Take our recent investment in Catalis, which is led by CEO Dominic Wheatley. As well as Curve (IP development and publishing), Catalis own a significant subsidiary called Testronic, which is a market leader in end-to-end testing and QA for games. Again, that thesis rests on QA in today’s market being a requisite tool for game developers and one where we see strong growth into the future. Consumers don’t forgive a crappy MVP anymore – they’ve got too much choice!

As the Catalis investment demonstrates, private equity will often be willing to take “IP risk” – that is, the risk of investment into developing and then publishing a new game – whether it be original or franchised IP.

This certainly carries more risk, but the returns can be spectacular. This market is well known to have opened up entirely because the value chain has become disintermediated over the last three to five years. This makes the development and publishing of IP equivalent to building an app – for onward publishing through one of a plethora of gaming platforms, from Steam to Stadia and everything in between.

These trends, alongside mobile, are well understood.

When it comes to the trends of the future, the obvious example would be the advent of 5G, and the quality of MMO gameplay that will unlock on mobile devices.

Secondly, the launch of new consoles – such as the PS5 – always represent a ‘fixed’ hardware step forward for the industry. This means these new console games will be incredible (for their time) during the first year of launch, and then gradually that hardware will become dated over its four to five-year life cycle.

Thirdly, there’s too much capital and corporate interest vested in AR and VR for it to simply die away – watch the space for the affordability, quality and content striding forward in the not too distant future. With that, I anticipate a host of value chain investment opportunities. For example, since 2016, I’ve been an angel investor in Emerge Inc., which was backed by M13 and Vulcan in 2019. The company focuses on touch experience in extended reality (“XR”), which I personally believe is an exciting new frontier to keep an eye on.

However, back to the reality of a private equity firm focussed on management, we are looking first and foremost at the founding team. So, we’re asking questions like: Do they have a track record or career which suggests they’re going to build something special? Have they built a team around them? And if not, are they open to new investment in new expertise and experience alongside them? Are they realistic when it comes to their business model, its competitive standing against existing solutions, and their route to market? Is the IP, technology or people roadmap well thought through and more substantive than a 10 page teaser document?

Asking yourself these questions aloud, and testing them on a trusted group of contacts, really gives you a sense of when you’re ready for investment.

I would make a significant caveat that taking capital too early can be extremely damaging for a host of reasons – so do think long and hard about when the time is right. I find a good trigger for this decision is when scale is tangible and needs that extra capital and support to achieve; or, you’ve reached the end of your risk appetite, and want a partner to share the burden of the next chapter.

If you are investment ready, you need to find the right partner that will guide, challenge and support you to build your business. It should be an investor with a wealth of experience and an outstanding network – more than just capital.