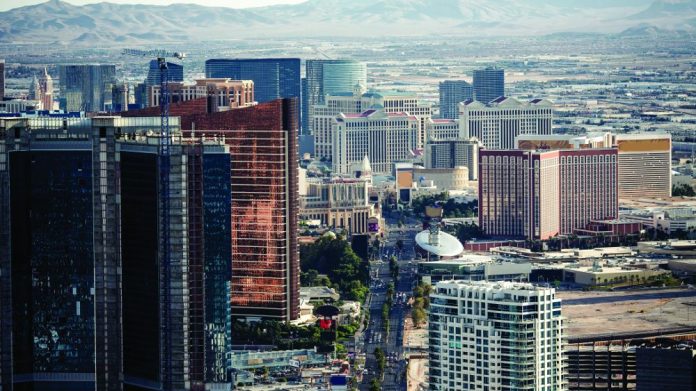 From lobbying for online legislation to simulated sports and other novelty markets – how much can US casinos salvage from a cessation of sports and the near comprehensive shutdown of their land-based linchpins?

American casinos had watched in horror through February, as the COVID-19 epidemic spilled down from Wuhan into Macau, turning the Taipa Strip (no stranger to hosting some 3.5 million visitors that month) into a ghost town.

The dawning realisation that such scenes could possibly come to the US, began slowly at first, with a series of precautionary conference cancellations in early March. By the middle of the month some analysts were talking of a “9/11 effect”: a collective aversion to airports that would drive more revenues at regional casinos at the expense of “destination resorts” like Vegas.

A week later however, McDonalds was the only restaurant open on the Vegas strip. By order of the governor, Steve Sisolak, all nonessential business, including casinos (some of whom had physically not closed their doors in decades, and literally did not know how to) were ordered to shut down for 28 days. And as the virus continued to spread across state lines, regional venues began closing too, and by the end of March almost every casino in the US was shut.

At the time of writing the American Gaming Association estimates 95 percent of the commercial sector and 75 percent of tribal casinos have already closed. If they remain that way for just eight weeks, the AGA is projecting a devastating $21bn drop in consumer spending.

“From an operator perspective, there is so much uncertainty, “ said Matt Sodl, founder and president of the Innovation Capital Group. “Everything is dependent on how long this coronavirus will last, and how deep the spread goes across the country.”

Investors have been selling casino stocks at a rate of knots through March, and given the difficulty in estimating earnings and pricing, the window for fresh financing is “essentially shut,” Sodl added.

“A lot of operators with credit facilities that have covenants will come under significant pressure,” he warned. “Every operator should be pushing for covenant relief, as it’s likely to get pretty ugly for the next quarter or two.”

Some hedge funds with particularly deep pockets “may be open for business”, but at a higher cost of capital, he said. Either way: “2020 will be a mess from an earnings perspective”, and in the meantime any potential investors will be looking for a “strong management team; people who have been through crises and rocky times.”

Asides from appeals to the state for relief (see page 2), the question all management teams will be grappling with is how much of their lost footfall can be offset through other channels. The obvious answer in states where igaming is legal, is to push more online products through their partners.

Far more states have legalised online sports betting. But again, with the majority of sporting events cancelled, sportsbooks are having to work around that too.

While February saw the Super Bowl bring in record handle ($500m) to New Jersey Sportsbooks, March Madness was the first major betting event to fall victim to the virus. According to Duane Colucci, race and sports manager at Vegas’ Rampart Casino, the lost weekend could cost the sector $140m.

The turn towards novelty markets has been quick and effective for some of the leading online operators. Both Fanduel and DraftKings have launched new ways to bet on the Democratic primaries, reality TV shows, and even the coronavirus itself, with notable success. DraftKings has reported a one thousand percent rise in esports betting on the League of Legends in March, and entry fees for daily fantasy esports up 707 percent week-on-week.

Virtual sports, having themselves been born out of the foot-and-mouth disease (which temporarily put horse racing out of action in the UK) is being hailed by GVC as a popular alternative. While other firms are experimenting with “simulated sports”. FanDuel’s NBA Sim Sports, for example, randomly generates points for the matches no longer being played in the 2019/20 season.

Yet few states have regulated for these niche products that straddle the divide between legislatively appealing betting on sports; and online slots – which US lawmakers are particularly wary of.

Increasingly it is being suggested that the fiscal fallout from the virus may relax these attitudes towards internet gambling – presenting casinos with an opportunity to lobby for change.

“If online gaming was in place in more jurisdictions, you could migrate your customers […] and the state can continue to get their tax dollars,” said Sodl.

“It’s an opportunity to reengage that discussion and move the ball forward at this moment in time. I would use it proactively with your legislators.”