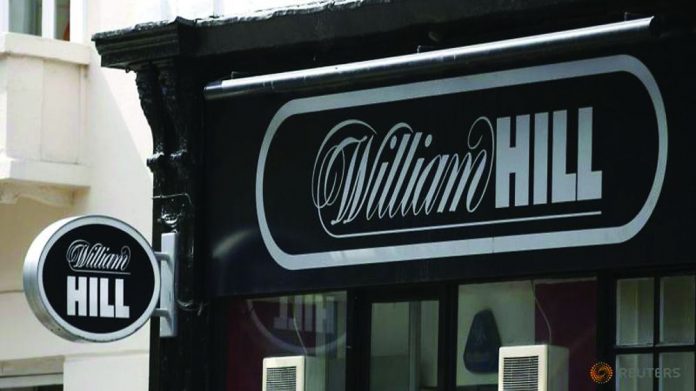 Already laden with debt due to shop closures in the UK and expansion in the US, William Hill may struggle to stay afloat during an ongoing retail lockdown and the suspension of sports.

Cash-strapped bookmaker, William Hill, said it will withhold its dividend this year to shore up funds throughout the coronavirus lockdown.

With 53 percent of its revenues coming from betting on sporting events – most of which are now cancelled or indefinitely postponed – the firm’s share price has taken a hammering (down 70 percent) since the virus began to spread westwards in mid-February.

Freezing its dividend will save the firm a much-needed £45m. Yet that’s less than half of what it projects to lose in only the next month.

The bookmaker said the cessation of major sporting contests (most notably the 2020 Euros and Cheltenham Festival) coupled with retail closures and mass isolation may cost the firm £110m in ebitda – or 40 percent of analyst’s forecasts for the full year.

Unlike many of its rivals, William Hill’s balance sheet does not afford it much room to weather the crisis. GVC, for whom sports betting contributes 45 percent of its sales, said it would lose £25m a month from a suspension of horse racing alone. Yet GVC is cash-rich and has an undrawn credit facility in place worth £550m.

Will Hill, conversely, has been spending beyond its means for some time. The firm posted a £37m pre-tax loss last year as it announced the closure of 713 betting shops due to new retail regulations. It has also borrowed heavily to build on its early positioning in the US, accruing £535m in debt in the process. Even before the crisis net debt stood at around 2.4 times earnings.

The group said it has $425m in undrawn credit facilities, but disclosed it is now working with its lenders to “enhance its liquidity position.”

Betfred’s billionaire founder, Fred Done, has been taking chunks of downgraded WH stock in March. Having acquired three percent equity at the beginning of the month, he now plans to increase his stake as share prices have fallen further. “Businesses are all about value for money,” said Done. “And that is why I am buying Hills shares because they are cheap.”

Done, whose offer to buy up the Hills entire 2,300 strong UK estate was rejected last year, believes the firm is best placed to take advantage of opening US sports betting markets.

Yet William Hill’s troubles are not limited to the UK. Its US division has announced the furloughing of more than 600 employees (over have its staff).

In the absence of government relief for laid off workers, the firm has set up a foundation to support unpaid staff – into which those remaining on the payroll are encouraged to donate portions of their wages.

Joe Asher, CEO of William Hill US said he personally will donate his entire salary to the foundation.

“I didn’t feel right about continuing to get paid while so many people were out of work,” Asher explained. “I’m a reasonably well-paid individual and I said at the outset that I’d pay my salary until sports come back.”

William Hill has 114 sports outlets in Nevada, and 39 more across New Jersey and Iowa.