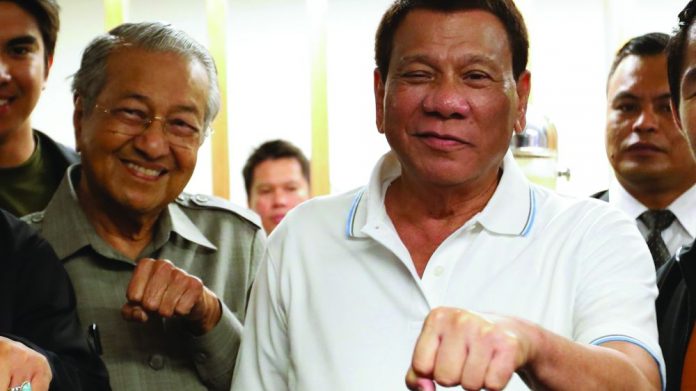 Philippine president Rodrigo Duterte has stepped between offshore operators and their mounting chorus of critics – offering a temporary reassurance of their right to remain in business.

The fate of Philippine offshore gaming operators has been hanging by a thread through the first quarter of 2020 – with mounting Chinese pressure for a ban increasingly flanked by highly publicised internal allegations of associated criminal activity. At present an unlikely ally in the once-anti-gambling president, Rodrigo Duterte, is holding the fort for POGOs against this rising tide of opposition.

During a speech in mid-March Duterte pronounced: “I will assure you under my oath of office as President of the republic, as elected by you, those POGOs are clean.”

“I assure you that every cent earned from gaming supervised by PAGCOR is accounted for,” he added. “POGOs earn about P2 billion a month. We are not justifying it. We’re just saying that it is allowed because we need the funds.”

Such figures are being both disputed and drowned out in the senate however, which continues to hear testimony of horrific crimes linked to POGOs, from bribery and corruption of top officials to widespread money laundering and even sex trafficking.

Already this year the Philippine National Police has reported on ten separate operations against “POGO sex dens”, which mostly cater to Chinese workers. Some 199 women, many who were said to be trafficked, have been rescued. There have also been 73 casino-related kidnapping cases in the last three years, which targeted Chinese nationals.

Speaking at the Senate Blue Ribbon Committee in March, senators said POGOs were directly linked to this rise in criminal activity – whose presence is hardly justified by the revenues they bring in.

“Since the POGOs came to our shores, all these things suddenly happened,” Senator Franklin Drilon told the hearing.

“I am disappointed at the statement of PAGCOR saying they are in favor of POGOs continuing on our shores because of the income we earn. Such a short-ranged statement,” he added, describing the regulator’s mindset as “stupid.”

A new report from the Philippine Anti-Money Laundering Council (AMLC) has added fuel to the flames. Not only does it estimate that POGOs generate P7bn ($14m) in net inflows – while another P23bn is repatriated overseas – POGOs are “highly vulnerable” to money laundering.

“Transactions of internet-based casinos and [service providers] reveal a significant level of use of cash, which is susceptible to money laundering, considering that the ultimate source and the beneficiary of the funds are difficult to determine,” the report said.

The report highlighted that, more suspicious than the POGOs themselves were their service providers, who are not covered by the same AML regulations. Service providers were frequently flagged for “highly substantial forex transactions,” which were difficult to distinguish from criminal activities.

In this context, Senator Drilon said the legitimate inflows translate to a “negligible” 0.04 percent of the domestic economy.

“The social problems they have brought in our country is not worth the regulation fees that you earn,” he added. “Why are we so in love with POGOs?”

Some senators were preparing legislation that would declare POGOs “illegal” in light of the rising number of crimes.

Yet so far Duterte is continuing to fight against them. Rather than shut them down, he’s dared lawmakers to come up with more effective regulations. Yet how long Duterte is willing or able to hold off the assault is unknown – and may depend more on the actions of China.

China has been characteristically reticent on its citizens’ roles in criminal activity in the Philippines, describing the reports as “isolated incidents” – but has maintained its pressure on Duterte to ban the offshore sector, to prevent firms targeting its own citizens with gambling services.

Arguably the fiscal impact of coronavirus will stay any measure that reduces the tax take in the Philippines. But once the economics and incentives change, so too might the president’s position.

“The combination of rising problems (or their visibility) and Chinese pressure could lead to a sudden change of policy – especially if China sought to provide economic incentives to cushion the impact of severe POGO restrictions,” said Regulus Partners. “The future of Philippines licensing and infrastructure remains highly volatile.”