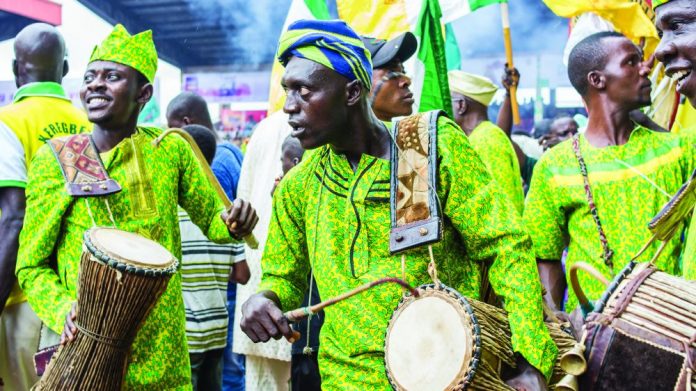 The Nigerian lottery commission is teaming up with other authorities to tackle an explosion of unlicensed lottery operators in recent years, and bring more play back to transparent and taxpaying firms.

The Nigerian authorities have announced a new orchestrated approach to tackling the escalation of “unscrupulous” and unlicensed lottery companies entering the market.

A partnership between the National Lottery Regulatory Commission (NLRC) and the Corporate Affairs Commission (CAC) stuck in March will see the two agencies work closely to vet licensing applications from intending companies as well as “plug leakages in the system.”

“In a bid to checkmate activities of unscrupulous companies seeking registration into the lottery industry [we] have put in motion a collaboration that would assist both agencies curb the menace,” the gambling regulator said in a statement.

The heightened scrutiny is only the latest in escalating efforts in Nigeria to clean up the market — with a long term view to channelling a maximum amount of online gaming and betting revenues to licensed sites, while ensuring all of them pay their taxes and abide by regulatory changes.

Director General of the NLRC, Lanre Gbajabiamila said the collaborative approach “has been long overdue.”

“As you know, our mandate is to regulate lottery, sports betting and gaming activities in Nigeria. Our Commission can only do so much on its own because of the way the industry has grown and continues to grow.”

“The reason we are here is to also ensure our collaboration is modified in the area of new discoveries in the lottery sector.” Gbajabiamila said that the lottery body has been working with the CAC for two years already, to confirm whether new applicants are registered. He now plans to integrate their efforts further – while also coordinating with the Nigeria Communications Commission (NCC), and the Economic and Financial Crimes Commission (EFCC) “to ensure lottery operators are complying with our payments in good faith.”

“The NLRC took it upon itself to first of all vet applications through CAC, which in turn, sent them back to us for confirmation,” he added.

“I believe that is the spirit of working together as Federal agencies to ensure the mandate on anti-corruption and that leakages are taken care of.”

The lotto sector is a large but relatively grey industry in Nigeria – contributing around N10bn ($27m) to the state each year. However, after a series of reports of providers (whose draws are often based overseas or behind closed doors) failing to pay out winnings to players, the regulator announced a prohibition of all unlicensed foreign operators – along with strict new criteria for those who wish to seek a permit.

From January, foreign lotteries with draws conducted out of the country would no longer be eligible for business in Nigeria. The regulator said lotteries whose schedules are varied, inconsistent, and non-transparent, would not receive a licence, neither those whose draws are not viewable by either players of the regulator.

“The fundamental criteria for the business of lottery are the transparency and credibility of the draw process,” the Commission said at the time. “Where they are absent, the games are compromised and provide opportunities for fraud. This breach of trust is detrimental to the playing public and the reputation of the lottery business.”

From now on the regulator has instructed that all draws must be conducted in-house – even for domestic providers – and be viewable by ticket holders.

Abubakar Garba, registrar general and chief executive of the CAC, explained that while the Commission had difficulty in the past with firms retroactively registering their business after being in operation – the new partnership would ensure that “approval in principle must be obtained from the NLRC before such registration.”

Despite tough new criteria, the regulator has continued to issue a number of new licences to firms willing to tow the new line.

In presenting local operator Gab Lotto with a new licence in March, Gbajabiamila struck a disciplinary tone saying, it would “no longer be business as usual for all operators,” as they will need to play their part and fully comply with the new conditions. He added that there were still many irresponsible operators in the industry, who constantly short change the government but that a lot is being done by the NLRC to address that.

“We will be watching, expecting transparency and accountability on your part, not just sitting dormant, but meeting expectations,” said the director general.