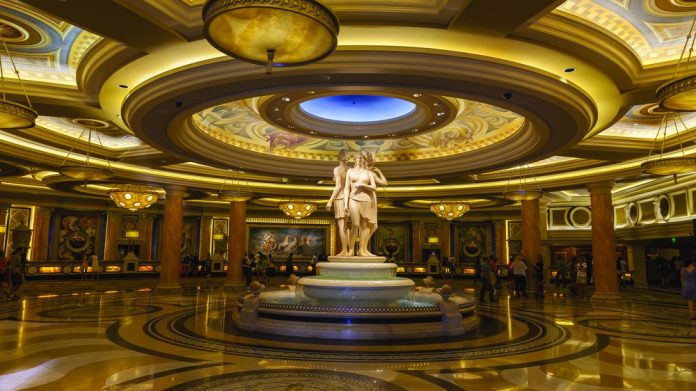 Caesars Entertainment has been ordered to pay a £13m regulatory settlement following a Gambling Commission investigation into its UK casinos.

The operator is accused of “systematic failings”, including ignoring poor practices with VIP management and a lack of anti-money laundering (AML) checks.

The failings all involve customers who spent beyond their means, or had tried to self-exclude in the past. One lost £240,000 over a 13-month period, but had previously self-excluded, while another lost £323,000 in a 12-month period had displayed “signs of problem gambling.” Another self-employed nanny lost £18,000 in a year, stating she had to source funds from family and an overdraft facility, while a retired postman lost £15,000 in 44 days.

Caesars is also accused of not carrying out adequate source of funds checks on £3.5m, with £1.6m in losses coming from a single customer over a three month span. Another customer was not subjected to customer due diligence (CDD) and lost £240,000 over a 13-month period. One woman, who identified as a waitress, gambled £87,000 and lost £15,000 during a 12-month period and another customer, a politically exposed person (PEP) lost £795,000 during a 13-month period, but Caesars did not look into where he got the funds.

“We have published this case at this time because it’s vitally important that the lessons are factored into the work the industry is currently doing to address poor practices of VIP management in which we must see rapid progress made,” said Neil McArthur, CEO of the Gambling Commission. “The failings in this case are extremely serious. A culture of putting customer safety at the heart of business decisions should be set from the very top of every company and Caesars failed to do this. We will now continue to investigate the individual licence holders involved with the decisions taken in this case.”

All £13m from the case, which has seen three senior managers depart the company and surrender their personal licences, will be directed towards delivering the National Strategy to Reduce Gambling Harms.