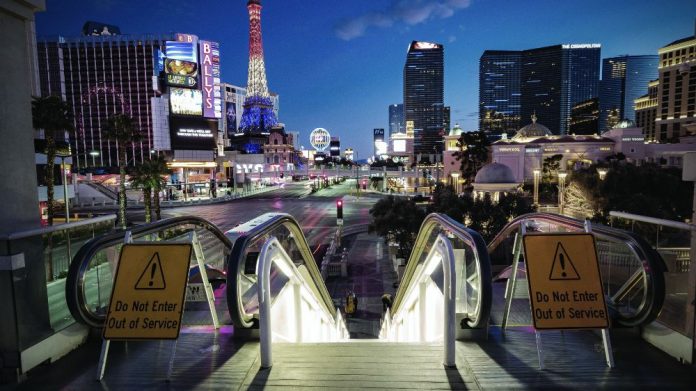 With Covid-19 forcing workers to stay at home and almost every retail outlet to close its doors, gambling firms are turning to online revenues where they can – and government support where they can’t.

As the coronavirus pandemic spreads to every corner of the globe, almost the entire brick-and-mortar gaming sector has been forced to close until further notice. Meanwhile the near comprehensive cancellation of sporting events has reduced the betting sector to an array of obscure sports, and novelty or simulated markets. As of 23 March analysts at GBGC reckoned 50 percent of global gaming markets had shut down.

The cumulative effect on the industry will depend on how long the pandemic lasts. Early estimates from H2 Gambling Capital predict 2020 yield to finish 11 percent lower than last year (around $421bn; closer to 2016 levels).

Online gambling’s share is expected to rise from 13.2 to 15.7 percent. Those unable to exploit digital channels however, will be largely at the mercy of state support.

“The current emergency is the biggest challenge that the gambling industry has faced in modern times,” said Paul Leyland of Regulus Partners. “There is no guarantee that the new normal will look like the old one – or that governments will simply reconstitute the old order.”

Various UK bookmakers (especially those with retail exposure) have been posting profit warnings through March. GVC expected earnings to be £150m lower by the end of the year, which it later revised up to a £175m loss with the suspension of UK racing. Flutter which relies on sports betting for 78 percent of its revenues expects to be down by £110m; while William Hill, which is more reliant on retail both at home and in the US, has said it is suspending its dividend and seeking flexibility from its financers. Conversely, many others (online only and casino-oriented brands) are expecting little or positive change.

According to Russell Kelly, managing partner at KPMG, online sports books are “obviously suffering” due to the postponement of events, but this is also having “a knock-on impact to their non-sports revenue such as casino, as players are just not visiting the sites.” On the plus side, he added: “I do believe that poker volumes are up at present.”

All firms have been working to make the most of what they can offer. Virtual sports have seen an upsurge at GVC, whose CEO Kenny Alexander said migrating betting customers to online casino was also “working reasonably well.” Playtech, FoxBet, and several others have already noted a boost in casino, bingo and poker. While FanDuel and DraftKings in the states have been plugging novelty betting markets on TV shows, esports and even simulated sports to offset losses (see North America).

In the US, where online casino games are predominantly illegal, stakeholders are requesting the opposite: emergency liberalisation of online products to keep land-based casinos ticking over until they reopen.

With fewer options available to them, the maths is relatively simple for US casinos. A new report from Macquarie shows closures are costing Penn National $6.4m a day, giving it only 5.2 months before its cash runs out, while MGM is burning around $14.4m a day, giving it nine months.

As fourteen states have online legislation already on their books, industry trade group iDEA is currently requesting lawmakers there to rush them through. However, given the breadth of the crisis, and with many states having cancelled legislative sessions already, political will may be hard to find.

Michael Pollock, managing director at the Spectrum Group, noted that new legislation will inevitably “become more attractive in the current climate […] but be wary of implementing it by taking shortcuts to get it up and running before all vital questions have been asked and answered.”

“Solutions must match the problem,” he added. “Governments should not apply permanent solutions to problems of limited duration without thinking through all of the issues.”.