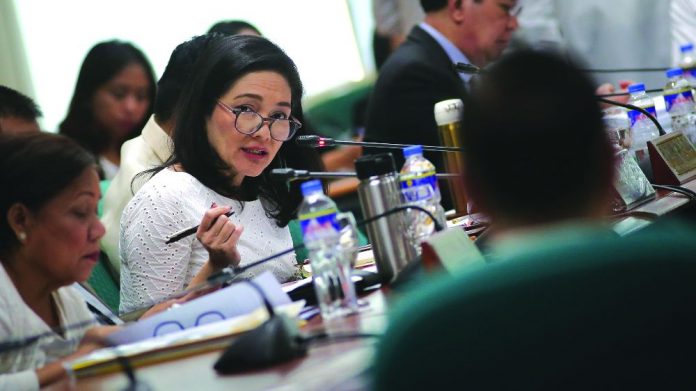 Offshore operators in the Philippines are to face tighter scrutiny after a senate committee heard cases of sex trafficking linked to the sector.

Senator Risa Hontiveros who has been leading an investigation into POGO-related sexual trafficking victims in Metro Manila said “we can’t allow ourselves to be a nest of Chinese prostitution dens” and urged the police to “conduct an immediate crackdown on offshore gambling-related prostitution dens across the Philippines.”

Hundreds of women, predominantly Chinese nationals and often minors, had been rescued from traffickers by Philippine authorities in the past year. Hontiveros said they were typically being sold to punters through group chat messaging services such as WeChat and Telegram.

On hearing the allegations, chair of the separate Blue Ribbon Committee, senator Richard Gordon said he had agreed with Hontiveros to conduct complementary investigations into related corruption, and other irregularities in the POGO sector such as tax evasion.

“The damage to our society is so big. Not only are they paying a measly tax, they are distorting our values and you suddenly have so many Chinese entering the country, claiming to be tourists, then now you see a lot of them are POGO workers,” said Gordon.

Analysts at Regulus Partners noted that thus far such political posturing has been “more noise than action” – although this is sure to change.

“While in many instances gambling gets a bad press for the wrong reasons, this seems to be an example where scrutiny and intervention is not just desired but urgently required,” said Regulus.

“Mounting pressure based upon increasing evidence of serious underlying issues is likely to have three levels of impact, in our view. First, it is hard to see Philippine lawmakers not taking a much tougher stance on POGO licensing in the near term. Second, and linked, this could persuade Duterte to accept Chinese economic help in return for seriously disrupting a key hub to their ‘dark grey’ (and/or in some instances black) market.”

Respectable operators with “any level of infrastructure exposure to the Philippines should be both reviewing business practices (especially outsourced elements) and preparing contingency plans,” they advised.