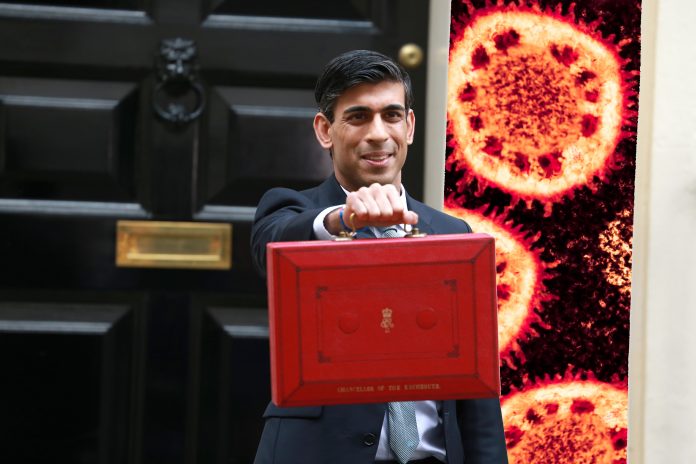 Unprecedented stimulus packages have assured consumer demand remains buoyant through the coronavirus pandemic. This bodes well for online firms while workers are stuck at home, and promises to kick start retail activity once they’re not. Which businesses survive to enjoy this outpouring, however, may yet depend on the whim of the state.

Britain is at war, or so the economy would suggest. Supply has been temporarily curtailed due to interrupted trade and the conscription of huge swathes of the workforce. Although unlike war, workers are being conscripted to simply stay at home – and for the most part paid handsomely to do so.

Brick-and-mortar businesses have been cut off from their workers and customers – leaving many at the whim of government bailouts – while online providers have their picking of a restless consumer pool with little else to spend their money on but food.

This curious economic paradigm is the result of unprecedented curfews, designed to slow down the spread of a coronavirus, coupled with one of the largest state interventions in British history to prevent a subsequent economic collapse.

In the UK, the chancellor Rishi Sunak (pictured) has assured business will be supported via £330bn made available through grants, loans and other forms of relief. While any firms forced to close can apply for the state to guarantee 80 percent of their workers wages up to a generous £2,500 a month. This was later extended to the self-employed.

Both the US and the eurozone have announced commensurate injections ($2trn and $750bn respectively) – with potentially more to be announced.

For UK gambling this may be a double-edged sword. On the one hand, by shoring up wages the government’s interventions have ensured a market online, which not only means continued revenues throughout the crisis. But also that online customers can quickly switch back to betting (on or offline) once sports resume.

Warwick Bartlett, chief executive of Global Betting and Gaming Consultants, drew a comparison with the big freeze of 1979, when the industry lost almost all sport for 10 weeks.

“Gambling fell out of peoples normal behaviour, but today is different because of internet gambling; gaming is available but the driver, sports betting is not. Punters today are astute and when racing and football resume they will want the form of both to settle down before betting to their normal stakes,” Bartlett explained.

Interestingly he recalls that the winter break “did not suit Liverpool as well as it did for other clubs.

“They seemed to lose their coordination so I expect when racing and football returns we will see some haphazard results which will be good for bookmakers’ margins.”

In the meantime however, efforts to exploit online channels and RNG games to mitigate losses will rub up against their regulatory limit. The Gambling Commission has already issued a detailed warning to firms that might assume a relaxing of oversight in how they push their products or monitor risky behaviour.

“It doesn’t need a complex SWOT analysis to appreciate that opportunity could quickly turn to threat, in the shape of regulatory enforcement action,” said David Clifton, licensing expert and director at Clifton Davies Consultancy. “New customers must be onboarded responsibly,” while “affordability checks and customer interactions“have become even more important”.

In today’s anti-gambling climate (and with so much resting on state support) the industry cannot afford to put a foot wrong. Emergency regulation to prevent harmful behaviour is already being proposed by the parliamentary group for gambling-related harm in the form of a blanket £50 per day betting limit.

Bartlett described the £50 cap as a “figure no doubt plucked from thin air without any research” – but nevertheless one that could be introduced, if online activity spikes, or even become built into conditions upon which interest-free loans and grants might be given.

“I think there is every likelihood that taking money from the government will at some point have conditions attached to it,” he added. Yet there’s no assurance such emergency limits (already craved by some) would not endure once life goes back to normal and all debts are settled.

Furthermore, the tense week in which UK gambling was temporarily carved out of the leisure sector (and therefore uniquely ineligible for business rate relief) is indicative of the state’s proclivity to hand-pick the recipients of aid – which itself could shape the future of the market.

Dan Waugh of Regulus Partners cast similar aspersions: months of relying on state intervention could spell “the end of the industry as we know it.”

“The longer the present emergency goes on, the less likely we are to see restoration of the status quo ante,” Waugh considered. “The government may not feel the need to put things back as they were before.”