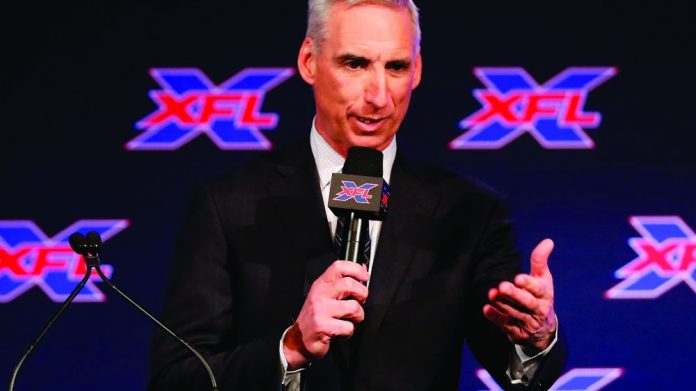 American football league XFL says its wants sports betting to play a central role in its business model, while announcing a string of deals with sportsbooks and suppliers in February.

The once wrestling league, since revived for football, said it’s been holding meetings with sportsbooks to ask them what they would like to see from a sport. From point spreads on TV and giving teams the option of seeking different numbers of points after a score, the plans are to build betting into how the league functions.

“We are embracing the spread from the start,” said Jeffrey Pollack, the league’s president and chief operating officer. “This is a core business strategy for the XFL. We understand that for a lot of our fans, betting on the games has become as essential to the game experience as the helmet, ball and jerseys. That’s what we’re gearing up to provide. Our mission and our infrastructure are geared to the sports betting future that is coming fast. There are incredible opportunities.”

The XFL supplemented the pledge by announcing a series of new betting deals. Firstly with FoxBet who will be able to use the XFL’s official data feed, league marks, team logos, player and coach likenesses, “and certain league content across its FOX Bet sports betting app and FOX Sports Super 6 free-to-play game.”

The league said it hopes to get fans betting for free across all 50 states in advance of legislation for real money betting.

The league also announced a deal with DraftKings, who becomes its official fantasy sports provider; an integrity contract with Genius Sports; and signed Sportradar as its official data partner, who will provide a play-by-play data feed specifically designed for media usage.

“There is a big appetite amongst the media industry for the XFL’s official data. We’re looking forward to delivering this coveted content to our media partners and, ultimately, the fans.” said Sportradar’s Steve Byrd.