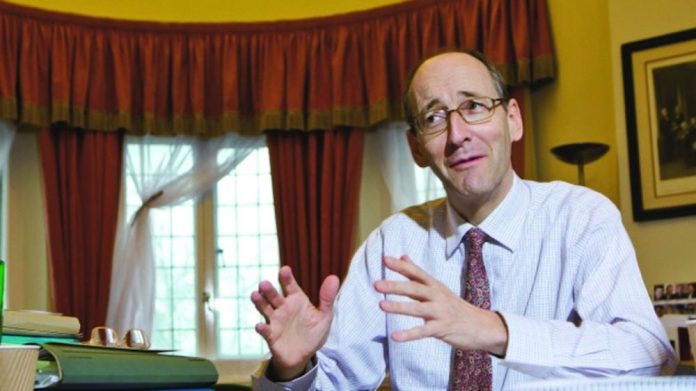 The coming together of Flutter and Stars may not have concerned the UK’s competition regulator of old. But with the body’s chair, Andrew Tyrie, making overtures to antitrust reform ‘fit for the digital age’ – expectations need not apply.

The £10bn mega merger between Flutter and the Stars Group faces its first major challenge as the UK’s increasingly discerning competition watchdog begins its investigation. The deal will face scrutiny for a considerable overlap of player accounts between Flutter’s Paddy Power brand, and Stars’ UK subsidiary Sky Betting and Gaming – which are thought to comprise around 40 percent of the entire online sports betting market.

The plans, if approved, would create the largest bookmaker on the planet. According to Morgan Stanley, online betting revenues would be 50 percent larger than Bet365, and twice those of Ladbrokes owner, GVC.

However, some had suggested the unthinkable – when the deal was first announced in October last year – that Flutter would sooner sell off its flagship legacy brand, Paddy Power, than allow the deal to fail. Flutter’s CEO Peter Jackson downplayed the rumours, saying he was confident of approval.

Yet with 13 million customers, Canaccord Genuity said a significant slimming down would be needed to satisfy the UK’s Competition and Markets Authority; and that offloading Paddy Power would be the “most logical” route.

While the CMA tends to resist mergers that corner more than a quarter of any market, analysts at Redburn have estimated that, if online gaming is included as well as betting, a Flutter-Stars giant would control just 26 percent of the UK market – and therefore only one percent higher that the CMA’s redline.

Past principles may no longer be a useful guide. Dealmakers have been complaining that the CMA has become far less predictable in its determination of “substantially lessening of competition” of late – especially in regard to digital tie-ups.

The competition body recently made a last minute intervention into a merger between delivery apps, JustEat and Takeaway, forcing them to delay their timetable to allow further analysis.

The CMA has reviewed its own approach to competition recently, at the behest of ministers, during which the regulator’s chair, Andrew Tyrie, said he was shocked that neither it nor the government knew whether competition had gotten better or worse in Britain.

Using words all too familiar to those in the gambling industry, Tyrie has also slammed the UK’s antitrust regime, as an “analogue system […] in a digital age,” that is ripe for reform.

A politically-conscious appointee, Tyrie says a more nuanced understanding of competitive dynamics in digital markets will be needed – which accounts for potential and well as existing concerns – meaning large scale online tie-ups won’t be so readily approved.