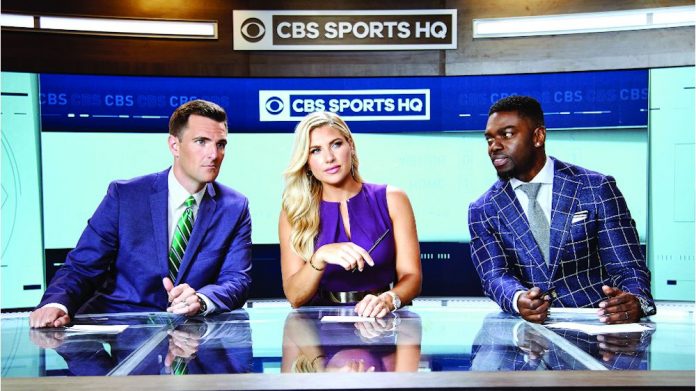 Having lagged behind its rivals in the post-PASPA betting boom, a single media deal with America’s most watched TV network looks to boost the familiarity and fortunes of William Hill US.

William Hill is to become the exclusive betting partner to America’s most watched TV network, CBS – a deal designed to turn its lesser-known brand into a household name. The financial terms of the alliance have not been disclosed, but mirroring consequential pacts struck between Stars and Fox Sports; Caesars and ESPN; and GVC and Yahoo Sports – Hills will become the exclusive provider of betting odds across all CBS channels and websites, as well as its fantasy football platform.

“Becoming the official sports betting provider to CBS is another major step forward for William Hill in our US expansion,” said Ulrik Bengtsson, recently installed chief executive at Hills.

“Now we have exclusive media, branding and promotional rights across CBS’s leading digital sports properties, to take the William Hill brand further and faster in the US.”

William Hill was once, and not so long ago, the best known betting brand in the US; comfortably holding onto a majority market share in Nevada – ostensibly the only sports betting market before two years ago.

But as other tech and media players, from Fox to FanDuel, morphed into sportsbook operators (and began effortlessly crossselling their existing customers) Hills pre-PASPA glory days have faded fast.

While the British bookmaker has focused primarily on its ground game, expanding its physical footprint across key states with land-based partners, it has struggled to foster sufficient brand recognition beyond Nevada – not enough to fully compete with household American names online, where most of the revenues are found.

Even William Hill’s largest deal with Eldorado Resorts – struck relatively soon after PASPA was repealed, and which was praised at the time for being swift and strategically savvy – was tempered by some analysts on the basis that America’s least wellknown casino chain would do little to lift its relatively weak consumer profile.

“The one missing piece was a big media database to tap into, to get a huge number of customers familiar with our brand,” said Joe Asher CEO of William Hill US. Asher had said he was keen to follow other firms in securing a similarly statured media backer to Fox or ESPN, and revealed he was already in “multiple discussions” with companies several months ago.

It has since been disclosed that Hills had been in talks with CBS since only the tail end of last year. The long game has paid off in more ways than one.

Not only is CBS arguably as big a prize as Asher could have hoped for (the network’s websites have over 80 million monthly users to sell to, and Hills can also advertise across multiple CBS sports channels) but the company’s joint-equity partnership with Eldorado became commensurately more attractive since its shareholders agreed to takeover casino giant Caesars this year.

The gargantuan $17.3bn merger will give William Hill first-rights access to the 24 states where either Eldorado or Caesars have casinos (the largest spread of any US betting operator) and as Eldorado will assume the Caesars name, Hills will also have one of the heaviest native gambling brands to prop up its credentials.

Jeffrey Gerttula, executive vice-president of CBS Sports Digital, said CBS’s distribution “combined with the strength of our brands and the expertise of William Hill, has us well positioned to tap into the explosive growth of the legal sports betting industry in the US.”

“We all know this is going to be a significant opportunity over the long run – everyone sees that”, he added. “This is very early stages.” Casino giant, Penn National Gaming, also made moves into media this February, taking an initial 36 percent stake in Barstool Sports – an online sports news and podcast company, with 66 million users (most of whom fall into the ideal demographic) – which values the company at $450m.

The marriage of media and sportsbooks is likely to only strengthen in the US. Sports betting is expected to play a decisive role in the next rounds of tenders for NFL broadcasting contracts, as commissioners are requesting media outlets to pitch how they propose to integrate betting lines into their programming.