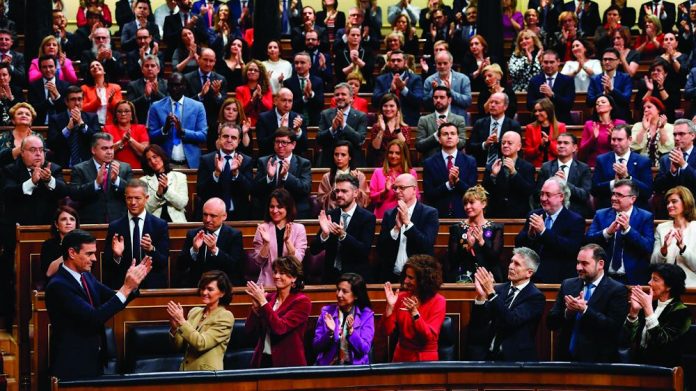 Spain’s coalition government has committed urgent new restrictions on the gambling industry – including measures to restrict advertising and prohibiting bookmakers from opening before 10pm.

The new regime is the product of a cobbled together coalition of left-leaning parties, which Pedro Sanchez, leader of the Socialist Party, has finally won parliamentary approval to lead. Echoing a similar coalition in Italy, one of the governing bloc’s first acts has been to announce a tough new package for gambling designed to constrain the growth of the sector, and reinforce player’s “self-awareness” by encouraging “healthy consumption practices and to prevent, anticipate or identify the generation of problematic game patterns”.

The coalition has set out six new practices for 2020, including an advertising regime “similar to that of tobacco products”.

Gambling premises will no longer able to open before 10pm, must be a certain distance from schools and display health warnings similar to those on cigarette packets. Moreover all operators will be obliged to reduce problem gambling.

“We will promote the involvement of gambling and betting operators in the development of information, prevention, sensitisation and reparation actions for possible undesirable effects derived from gambling activity,” the new government said.

Spanish online gambling association, Juego Digital, said that for forms without a face-to face presence advertising was one of the only ways in which licensed firms activity could be properly visible to punters – without which they would be condemned to disappear.

Mikel de la Torre, President of Juego Digital said that since 2011 the gambling sector has created 80,000 direct jobs and another 160,000 indirectly, and remains one of the most successful and well regulated markets in Europe.