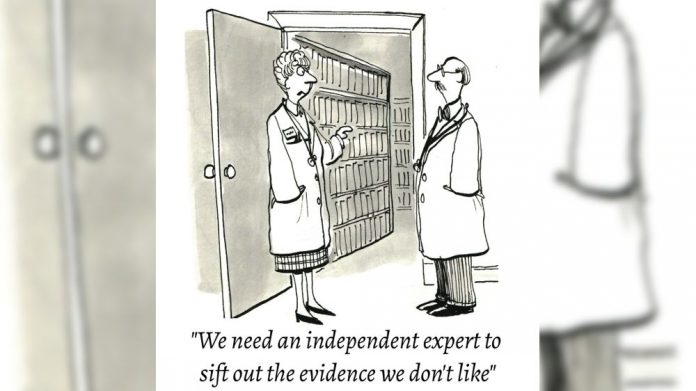 MediaWatch – This month in the news, Forbes explores the cut-throat world of Megxit markets, Fortune tells investors to bet on the underdogs and The Age reports on a new responsible betting campaign featuring Wayne Rooney on behalf of 32Red.

Back in the time of James II, a mere midnight boat trip to France apparently constituted an abdication, but unfortunately for the former Duke and Duchess of Suffolk, things just aren’t that simple these days.

Following the shock announcement that Harry and Meghan wanted to live like common people do, a panicked gathering of royal grandees gathered at Sandringham for what is now being termed the ‘Harry Summit’ and scratched their heads over the next steps for The Firm. Meanwhile, bookies across the UK set about the real work of polling the hive mind to discover what could possibly come as a result of this shake-up of the millennium-old institution.

According to Forbes Life writer Guy Martin, life after royalty is looking increasingly bleak for the once-happy couple. It was only a mere year and a half ago on a sunny day in May that Harry and Meghan walked down the aisle, but the British public are so convinced that this will end in tears that the odds of the couple getting divorced have been shortened to an incredibly low 3/1.

“According to the bookies, it’s not time to call in top divorce barrister Baroness Fiona Shackleton, who represented Prince Charles against Diana, just yet,” wrote Martin. “The working premise of these ‘Royal Special’ bets is that a divorce happens before 2025 – in other words, after a few years of the Sisyphean task Harry has undertaken, this semi-abdicated commuter-state, whatever it turns out to be.”

It seems the public do have a little bit of faith that the young couple will be true to their word, however, with odds of them becoming financially independent standing at 2/1, which Martin describes as “more or less a sure thing”. Having broken out of their age-old monarchical chains, British bettors also think it’s also unlikely that they will come crawling back, hat in hand, to their old duties, with the odds of a return to The Firm currently set at 14/1.

But while there are hopes that the incredibly wealthy pair can continue to be, well, wealthy, the hive-mind seems to have slightly underestimated the power of the couple’s brand, honed by Meghan’s stint on US television and possibly the help of one or two Hollywood agents.

“The odds against the couple becoming “social influencers” stand at 14/1,” wrote Martin. “Which, since the couple already are that, would be a fine bet to take.”

As Martin points out, the royal markets have long been an interesting bellwether for the mood of the population in relation to its monarchical betters – whether full of admiration and perhaps a little envy, in the case of Kate Middleton, or tainted with a healthy dose of suspicion, in the case of Meghan Markle.

“As a curious but nevertheless rock-steady sign of the great British affection for Harry, the bookmakers’ ‘Royal Specials’ market has been a lively one since Harry came of age and started doing stuff like getting married and having unprotected sex that could result in heirs, the sort of play that the British have been making on their royals since the Middle Ages,” he wrote. “The betting last year on young master Archie’s name was white-hot, for instance. Not many punters had that one.”

Nevertheless, it seems that Markle may have pulled off what Harry’s previous, British-born girlfriends, couldn’t. She’s managed an 18-month stint under the yolk of the Windsors, all the while hatching a plan to “raid the Castle keep for the young prince” and carry him back across the Atlantic.

“An actress and, by virtue of her intelligence, a quick study, she entered the court, memorized what she could of the arcane local lingo, held her nose at some of the bloodier field sports, and – according to these odds on this Royal Specials betting – has been plotting an escape for some time, if not from the beginning. She believes that she can get out of it by buying a plane ticket,” wrote Martin.

If Meghan and Harry are seen at the royal underdogs, however, that may not be entirely a bad thing. As Ryan Derousseau pointed out in an article for Fortune magazine this January, the underdogs of the emerging US sports-betting industry may be precisely the ones to place your money on.

According to Derousseau, the opening of the legal sports-betting market in the States was tipped as “sure thing” but hasn’t quite become one thus far, thanks in part to the fact that, for major casinos dining out on their “house always wins” principle, betting is simply too volatile and low-margin to guarantee big financial gains.

“To profit from the legalization boom, investors need to focus on smaller companies that can get a proportionally bigger revenue boost from sports wagering – including companies that aren’t chiefly known for gaming today,” he wrote.

These include smaller casino operators such as Boyd Gaming, who have recently partnered with FanDuel; Elderado Resorts, who own 20 percent of William Hill’s US subsidiary, and Fox Corporation, who have recently teamed up with Stars Group to launch Fox Bet.

Alongside this trio of sports-betting newbies, Derousseau also believes there’s an untapped opportunity in the form of sports league and stadium franchise owners.

“Many analysts anticipate that jurisdictions that have legalized sports betting will also allow franchise owners to host gambling in their teams’ arenas,” he wrote.

This presents a particularly big opportunity for Madison Square Garden in New York – one of the few publicly traded companies with access to both teams and arenas. And while none of these bets can be described as a sure thing, according to Derousseau, any substantial surge in revenue for any of these firms is likely to boost their stock.

“Think of it as an intriguing long shot,” he added. “Just like a seven-team parlay.”

In a more sobering look at the downsides of betting, ex-England striker Wayne Rooney made the headlines last month when he chose to speak out about his previous struggles with gambling.

According to the Press Association, Rooney faced criticism after being given the number 32 football shirt for his first match at Derby FC in conjunction with his sponsorship by online casino firm 32Red.

Following the controversy, the footballer took part in a video for the online casino’s “Stay in Control” campaign in which he described his former turmoil and the boredom that had led him to gamble excessively as a young football star.

“Before you know it you’ve lost a good bit and you don’t realise the amount you’re putting on at the time,” he said. “I won at the start and thought it was easy money. It sucks you in a bit more and I ended up losing, ended up down.”

Using mobile betting as a way to pass the time in hotel rooms, the former Manchester United striker had wracked up around £700,000 in debt by the time he was 20.

“Thankfully I managed to pay up what I lost and I didn’t gamble again,” said Rooney. “I’ve learned from my mistakes. If you carry on gambling, you lose more. That’s when you can get sucked into a bad situation.”