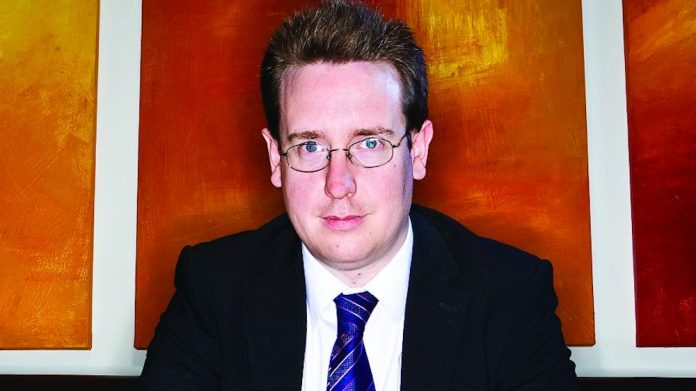 Over the past few years, cash out has rapidly become an obligatory part of a bookies’ offer, but despite its ubiquity, customers still harbour major misunderstanding s about the terms and risks involved, says Richard Hayler, managing director of IBAS.

‘Cashing out’ has become part of the fabric of online sports betting. Many football bettors, in particular, expect that part of their Saturday afternoon’s entertainment will not only be the performance of their selections but the game of judgement about the right time to cut and run.

Mathematically or logically the time may never be right, but try telling that to someone whose £5 accumulator is tantalisingly close to success but where a single goal in a single match could change that all.

Even the hardiest statistician would be pushed not to even think about locking up 65 or 70 percent of the bet’s potential winnings, there and then, rather than wait out the agonising final stages of every game as the live in-play console displays one ‘dangerous attack’ after another.

It is a formula that has served the industry as well as it could have expected. Most betting websites proudly and prominently promote the availability and benefits of cash out. Some make it the focus of TV and radio advertising campaigns.

It’s no surprise that an increasing number of people who contact IBAS talk about it being part of their betting strategy. Football, racing, cricket, tennis and bettors of many other sports have demonstrable records of consistently placing bets with a view to being ahead of the market at some point and accepting a cash out offer at that time.

Ever since cash out was launched IBAS has received complaints about it. True, the success rate of these claims is very low, practically zero. While we understand that frustration and disappointment – sometimes extreme – that being denied a cash out offer can cause, we have never felt that anyone can claim a contractual right to one.

On top of that, it is impossible for anyone to ever know whether an offer would have been lucrative enough to have been accepted even if it had been made. Nevertheless, the tone of some complaints can be compelling.

We accept that people do place bets in the expectation that a changing cash out offer will be part of their betting experience and we sympathise when they discover that it is not. In March 2017 the ASA upheld a complaint against Coral regarding a TV advert promoting cash out.

The ASA ruling noted: We considered that consumers were likely to understand… that they would be able to use the ‘Cash Out’ feature at any stage they wished on any bets they placed…. We also considered that viewers would understand the on-screen text “Terms at coral.co.uk” to mean that terms and conditions were applicable to the feature, but did not consider that it was sufficient to alter the overall impression that consumers would be able to ‘cash out’ whenever they wished and on any type of bets.

There is no doubt that general consumer understanding of cash out has improved since 2017, but the argument that it shouldn’t be relied upon hasn’t completely sunk in. IBAS received 30 percent more complaints relating to cash-out issues in 2019 than in 2018.

The majority of these complaints didn’t reach ADR and were dealt with by customer services. Those that considered by our team tend to produce a somewhat unsatisfactory ruling that expresses sympathy but delivers no financial compensation.

It was once fair to say that customers “should not rely on cash out”, but when it is offered so widely and so successfully for so much of the time, it is no wonder that people rely on the service being available.

It is unclear to us whether sportsbooks that offer a cashout service ever offer compensation to customers affected by a systematic cash-out failure but judged on some of the cases we have looked at it would appear relatively rare. One recent dispute involved a customer who had set up a pre-match instruction to cash out automatically if the offer ever exceeded a particular sum.

In the circumstances that sum would clearly have been offered at some stage as the bet ran its course, but because the system had failed and no cash out offers were made the instruction was never executed.

The IBAS Panel accepted that this risk of system failure inherently existed and that had the original bet won the company could not have avoided a full payout – hence the claim for payment could not be upheld.

Nevertheless the service had clearly let down the customer and the panellists were surprised that an amicable goodwill settlement could not have been achieved in the circumstances. We understand that occasional technical difficulties will occur with cash out and are unavoidable.

But when a more sustained problem occurs, it would be positive to see websites using their homepages or a pop up to provide clear warnings to manage customer expectations. Where providing a warning isn’t possible, we would like to see evidence of operators having demonstrably considered each customer’s individual cash-out history before deciding that there is no other way to address the customer’s discontent without sending them to ADR. Cash out is becoming too important a part of the service to be dealt with only in hard to access disclaimers.