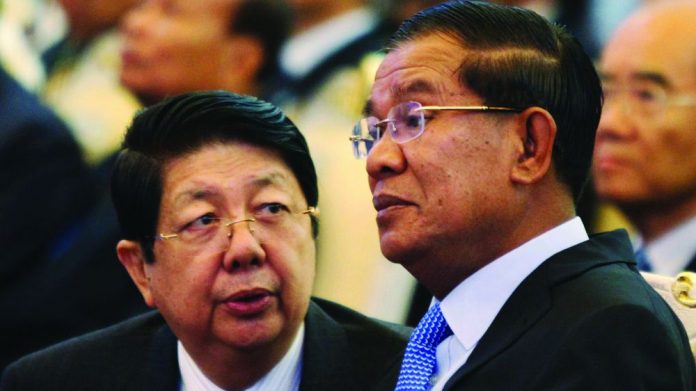 Cambodia’s online gambling ban is bringing down huge swathes of the land-based sector with it. The contraction will have a profound long-term impact on the local economy, say analysts – but will likely have an inverse effect on revenues in the Philippines.

Early reports of Cambodia’s online gambling ban suggest the message has been well received by the once-prolific sector, as the government says it has found no evidence of ongoing illegal operations. The ban formerly began on 1 January this year. However, tens of thousands of Chinese nationals – formerly employed in call centres and live dealer studios – began fleeing in August when the new law was announced, and the government began raiding premises and deporting hundreds of cyber criminals back to China.

Only days into 2020 and government inspectors say there is already no trace of the online ops. However, Finance Ministry officials say that the number of landbased casinos, which had bloated to 163 by June 2019, are also dropping at a rates.

Licensees have already fallen to below 136. And with around 90 of those continuing to operate online gambling right until the deadline, it’s likely many more closures will soon follow.

Ros Phearun, deputy director-general of the ministry’s financial industry department, predicts that 80 percent of the remaining casinos will eventually shut their doors.

“We believe that in 2020, some big casinos will shut down, too,” he regretted. “Some casinos that did not run online gambling still closed because the number of customers declined. They invested a lot, but now get less income. They cannot support the huge number of workers who worked for them. Like it or not, this is because of the influence of the ban on online gambling.”

Sihanoukville, will be the biggest loser from the new directive, having seen dozens of casinos – often with only a paltry bricks-and-mortar gaming floor to justify their predominantly online operations – spring up over the last two years. With the bulk of their income cut off, many are now closing down entirely. There were 70 casinos registered in the city last summer; today there are just 36.

This sharp correction will have “a profound and long-term impact on the economic viability Sihanoukville, which hosts about half of the country’s gaming operations and relies on the industry to a large extent,” said Michael Zhu, Senior VP of International Operations Planning & Analysis at the Innovation Group.

Asides from the Chinese workers that have already left Sihanoukville, leaving a whole in the demand for local services and real estate – Yov Khemara, director of the Sihanoukville labor department, estimates around 7,000 Cambodians have already been laid off.

According to Zhu, there is “a level of optimism that the city can become a feasible resort destination” – thanks in part to its improving infrastructure, as well as support from the government, and “its proximity to the Sihanoukville Special Economic Zone where large China-backed manufacturing companies are located.”

For the nomadic online industry, the question is where to settle next. The obvious options are the Philippines or Taiwan, but there have also been reports of smaller outfits moving into unregulated Myanmar. Zhu sees the Philippines as the prime beneficiary of the ban, and the best choice for operators offering a more skilled and experienced workforce, and a less competitive environment – meaning more taxes for the state.

Other Cambodian casino operators may simply choose to satisfy the ban by shifting their servers – and continuing to make the most out of their existing premises.

“You can imagine that operators who invested in a physical casino would like to see that they get their investments worth and as a result will stream this (cheaper than taking a participating percentage from one of the live game providers) and run the actual operation from beyond Cambodia,” said Harmen Brenninkmeijer, gambling consultant and CEO of blockchain lottery firm, Quanta. “Obviously Cambodia would receive no income from these bets taken.”

Brenninkmeijer played down rumours that online operators would hold out hope to be invited back to Cambodia under a newly formalised Gambling Act – and questioned whether anyone would want to, even if they were. “Operating from Cambodia due to the resulting ban and China’s deal with the government makes that all but impossible and therefore it’s totally uninteresting,” he added. “Even if operators would be able to come back would they really trust Cambodia knowing how linked the Cambodian authorities are to China?”

“It indeed means that all ops will move to other countries. Taiwan is an example but without the payment facilities. Also the Philippines via a POGO sub-license. Despite the restrictions Pagcor is implementing its still the best option in Asia.”